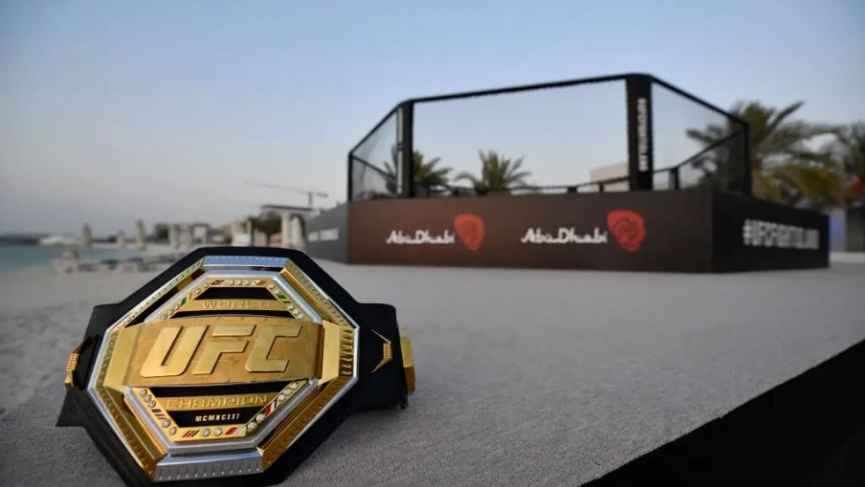 UFC Fights in 2021 To Keep an Eye On: Our MMA expert James Lynch has compiled a list of the five best fights to look forward to in 20201. Let’s dive in and see what are the best fights on the upcoming cards to start the new year.

UFC Fight Island 7 – Holloway vs Kattar: A great featherweight bout to take us right back into the swing of things on January 16th at Fight Island in Abu-Dhabi. Max Holloway is coming off back to back losses against Alexander Volkanovski, one in which he lost his UFC Featherweight Championship back in December of 2019, and then as well as losing the rematch in July of 2020 at UFC 251. Kattar is coming off back to back wins in 2020 and has a path to become a top contender and possibly even find himself fighting for gold in 2021. Kattar had a devestating knockout over Jeremy Stephens at UFC 249 in Jacksonville back in May and then followed it up with a 5-round decision win over Dan Ige at UFC Fight Island 1. It’s a crossroads bout between a legendary featherweight and a rising star in the division.

UFC Fight Island 8 – Chimaev vs Edwards: A very interesting bout in the UFC Men’s Welterweight division, the red hot Khamzat Chimaev will face long time, top-ranked, but middle of the pack welterweight in Leon Edwards Edwards has been inactive since July of 2019 but is riding an 8-fight winning streak that spans as far back as 2015. Chimaev is an MMA phenom who is 3-0 in the UFC and has the potential to possibly be a welterweight championship contender in 2021, depending on the outcome of this bout against Edwards.

UFC 257 – McGregor vs Poirier II: A fight that could be one of the biggest events in the UFC’s pandemic era. The’Notorious’ Conor McGregor returns to the octagon for the first time since January of 2019, as he takes on ‘Diamond’ Dustin Poirier in a rematch from a previous bout they had back in 2014. It remains to be seen what exactly these two will be fighting for,  whether it’s for an interim title, and undisputed title, or a title eliminator, is all yet to be determined. Whatever the case is, it is surely going to be an incredible fight for the ages, which will have giant implications for the UFC’s lightweight division.

UFC 258 – Kamaru Usman vs Gilbert Burns: The Welterweight gold will be on the line in a bout that has been booked and canceled twice in 2020. UFC Welterweight Champion Kamaru Usman was scheduled to fight Gilbert Burns at UFC 251, but Burns pulled out due to testing positive for COVID-19, leaving Jorge Masvidal as the emergency back-up replacement fighter that stepped in on 6 days notice, albeit losing to Usman by a five-round unanimous decision. The bout was rescheduled for UFC 256, but Usman was forced to pull out of the fight due to an undisclosed injury. These two will finally meet in February of 2021, although the location and venue are yet to be determined.

UFC 259 – Aleksandar Rakic vs Thiago Santos: In the co-main event spot for UFC 259, Aleksandar Rakic will take on Thiago Santos is a light-heavyweight bout with deep division ranking implications Rakic has won 5 of 6 in the UFC, and is coming off an impressive win over Anthony Smith back in August at UFC Vegas 8. Meanwhile, Thiago Santos returned to the octagon in 2020, after suffering multiple ligament tares in his legs when he fought Jon Jones back at UFC 239 in July of 2019. Santos lost to Glover Teixeira in November at UFC Vegas 13, but it seems like he is being given a ‘do-over’ opportunity against Rakic, who is climbing up the light-heavyweight rankings with momentum coming into 2021. This one is sure to give us some fireworks and will be worth waiting for.

For all your UFC betting needs headed into 2021, keep it tuned to our UFC picks page, as our MMA experts breakdown the entire 2021 UFC schedule, card by card, fight by fight.