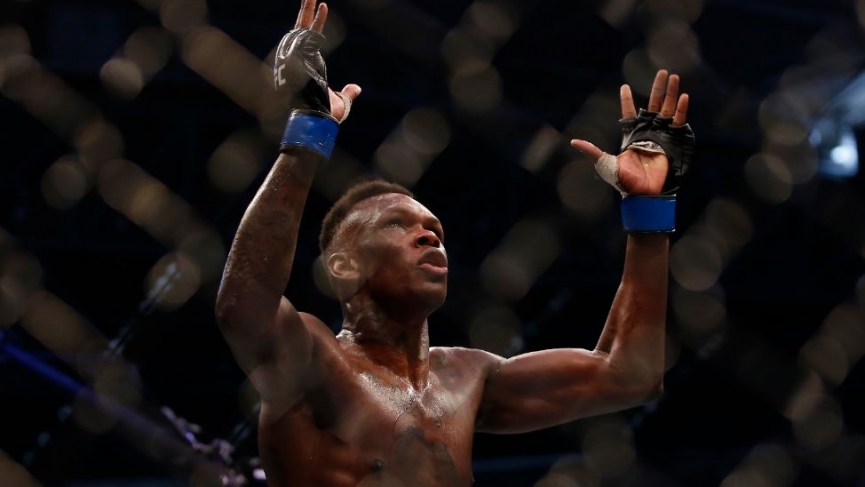 UFC 2021 Odds Look Ahead: 2020 was an excellent year for the UFC, and 2021 promises to be even better. In January, the new year kicks off with a bang as Conor McGregor meets rival Dustin Poirier in a rematch at UFC 257, a fight we previously looked at more in-depth here at Odds.com

McGregor vs. Poirier II is, of course, the biggest upcoming fight on the UFC calendar, but there are plenty of other big fights coming up in the first quarter of 2021 for the world’s leading MMA promotion. Below, we take a closer look at five of the top fights to look forward to next year.

On January 16, two of the best featherweights in the world meet for five rounds in a UFC Fight Island card’s main event as Max Holloway (21-6) takes on Calvin Kattar (22-4). Holloway is the former UFC featherweight champion, but he’s coming off of two straight decision losses to Alexander Volkanovski as their second fight resulted in one of the most controversial decisions of the year, with many believing Holloway won the fight.

The UFC chose not to book a trilogy and instead matched up Holloway with Kattar, who emerged as an elite featherweight in 2020 with back-to-back wins over Jeremy Stephens and Dan Ige. Holloway and Kattar are most likely one fight away from fighting for the belt, and this should be a fantastic matchup. Holloway is the clear favorite, but you can expect Kattar at +138 to get some love from bettors. 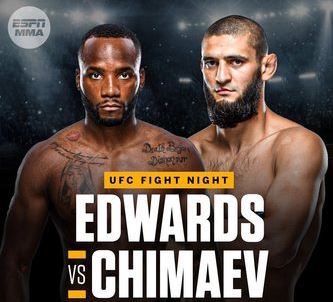 The second of three UFC cards on Fight Island is set for January 20 and is set to be headlined by top-15 ranked welterweights Khamzat Chimaev (9-0) and Leon Edwards (18-3). This fight was supposed to happen on December 17 but was postponed after Edwards tested positive for COVID-19.

Hopefully, he fully recovers quickly because this fight is just a month away. Edwards had a rough 2020 as he didn’t end up fighting at all, but the No. 3 ranked welterweight will look to stay more active in 2021, and this fight with the No. 15 ranked Chimaev should be dynamite.

For Chimaev, Edwards is a huge step up after he beat three unranked opponents.’Chimaev is in the rare position of being a big favorite against a higher-ranked fighter. Chimaev has been extremely dominant in the UFC, but Edwards is legit. Remember, Edwards actually opened as the betting favorite here. Now he’s a +138 betting underdog, while Chimaev sits at -175. 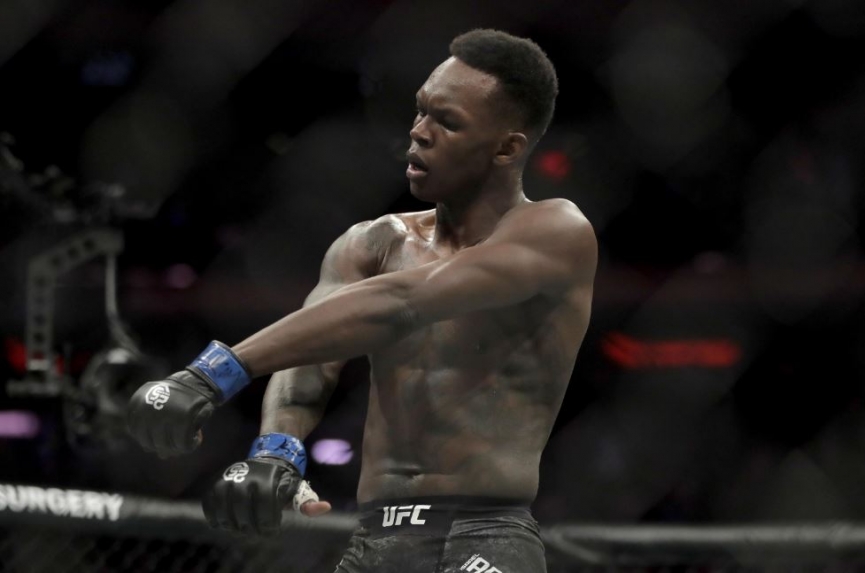 We don’t have a set a date for this fight yet, but UFC president Dana White recently confirmed that Jan Blachowicz (27-8) would defend the UFC light heavyweight title against Israel Adesanya (20-0) in early 2021.

That’s right, Adesanya is moving up from 185lbs as the UFC middleweight champion looks to become a rare double champion. Adesanya is a perfect 9-0 in the UFC, and despite being the one moving up in weight, he’s a -255 betting favorite in this fight. That shows how much respect the sportsbooks have for the unbeaten Adesanya, and it’s for good reason considering his dominance in the Octagon.

But you can’t discount Blachowicz here. He’s the champ at 205lbs, and he’s been on an incredible roll lately, winning his last four fights, including three of them as a betting underdog. Here’s a dog once again here, this time at +215 odds. As dominant as Adesanya has been, the underrated Blachowicz has the power to pull off the upset. 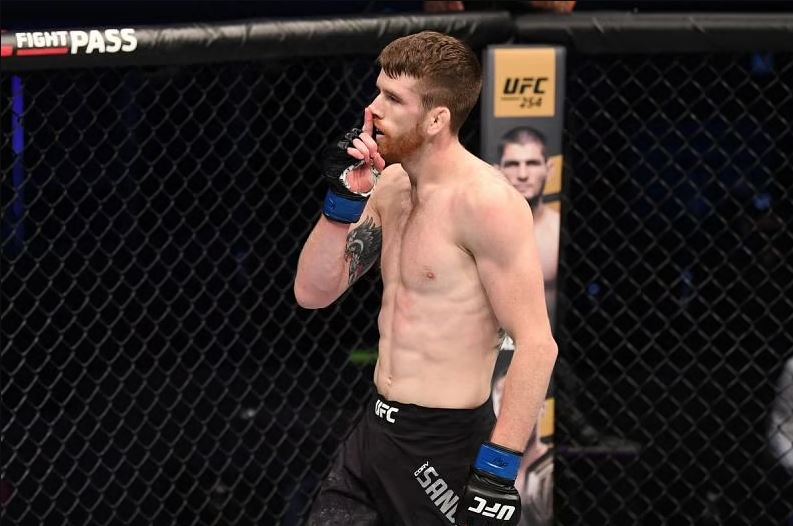 Another fun fight is a bantamweight bout between Cory Sandhagen (13-2) and Frankie Edgar (24-8-1) that is currently set for February 6 as the co-main event behind Alistair Overeem vs. Alexander Volkov. That means it’s a three-round fight, but with all the COVID-19 issues, the UFC is having these days, this fight could easily end up headlining a card and being five rounds.

I mention the total round because a five-round fight could favor Edgar due to his legendary cardio and the incredible amount of experience he has fighting five-round fights in the UFC. Don’t get me wrong, Sandhagen is a fantastic fighter who is coming off of a vicious TKO win over Marlon Moraes, and you have to respect his skills. However, he’s still unproven in five-round fights. That’s why you need to know how many rounds this bout is before betting it. If it’s three rounds, it favors Sandhagen, but five rounds favors Edgar. Sandhagen is currently -270, but after seeing Edgar beat Pedro Munhoz as a +230 underdog, I’m not counting him out here at +188. 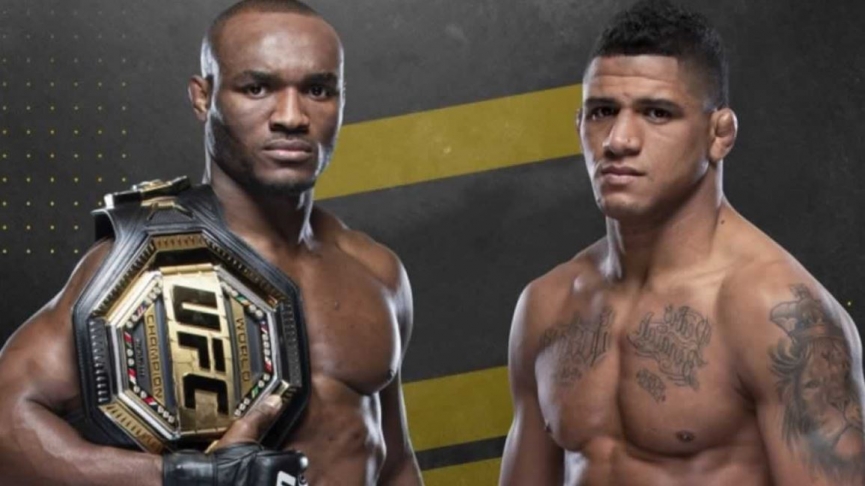 UFC welterweight champion Kamaru Usman (17-1) will reportedly take on Gilbert Burns (19-3) at UFC 258 in February of 2021. Usman and Burns were originally set to meet back at UFC 251 and later UFC 256, but the fight fell apart both times. Usman has been an incredibly-dominant champion since winning the belt from Tyron Woodley at UFC 235, having since then defended it against Colby Covington and Jorge Masvidal in two high-profile PPV main events.

Usman appears to be the second coming of Georges St. Pierre as a dominant champion at 170lbs, but there are plenty of challengers looking to dethrone him, and Burns is the top guy right now. The Brazilian is a perfect 4-0 since moving up to 170lbs and, in his last fight pitched a shutout against Woodley. Usman is the champion and deserves the respect of being the betting favorite, but this fight is closer than the odds indicate. Burns, in my opinion, is very much a live dog at +180.