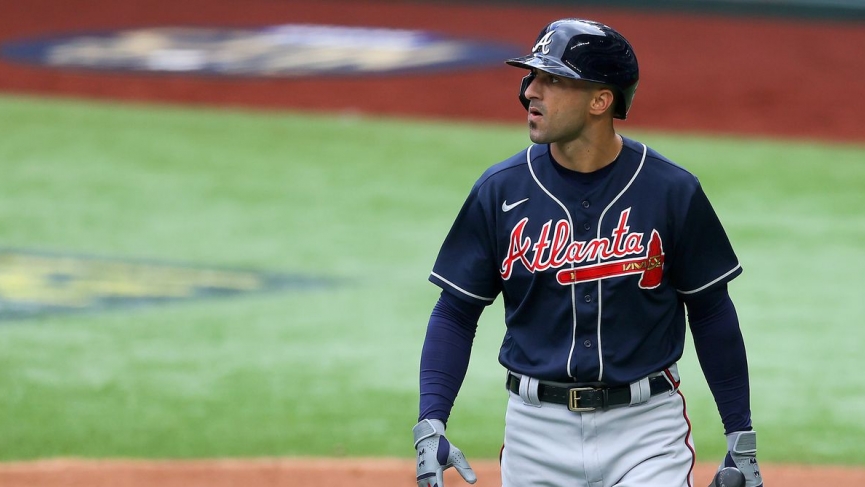 Odds.com’s LA Dodgers vs Atlanta Braves Series Prediction – NLCS: The Atlanta Braves come into Game 7 of the NLCS averaging 4.9 runs per game, with an average run differential of +1.27. With an 8-3 post-season record, the Braves have won 6 of 11 playoff games by 2 runs or more. They head into Globe Life Park on Sunday in an ‘all hands on deck’ match-up against the LA Dodgers for Game 7.

The battle of two heavyweights emerges. Los Angeles has the experience in the big stage, while the Braves don’t know any better than to go out and win. It’s been a magical run for both teams, but with the Dodgers, there is a clear outlying concern when Casey Jansen takes the mound. Atlanta will rely on its top-notch bullpen but will need to use sparingly to last the full seven-game series. The difference-maker will be late between these two clubs, give me the +190 with the Atlanta Braves who look to be the Cinderella story of the year.

Walker Buehler and Clayton Kershaw will be looked at as the Dodgers look to make it to their third World Series in the Dave Roberts era. Just like the Braves, this Dodger squad will look to guys who have little no to no playoff experience. Dustin May managed to start a game and pitch out of the bullpen in their 3-game NLDS sweep of the Padres. May only totaled three innings, a terrific sign for a guy who benefits from less volume, keeping his arm strength intact when it counts the most.

Julio Urías has been money all playoffs for the Dodgers going eight innings, giving up four hits and one run. According to Roberts, he will continue to see “meaningful innings,” Urías has seen his role changed year-to-year as health and performance have been up and down. His outings have lengthened this postseason, throwing a total of 8 innings over 2 appearances with a full week of rest between them. In this unprecedented 7-game series in 7 days, Urías could be asked to fill any number of roles.

This year’s Braves starting pitching has never looked like this. Max Fried has been a major part of the team’s recent and previous success, but this year it’s guys like Ian Anderson, Kyle Wright leading the way. Take particular note to Ian Anderson. The Upstate New York pitcher has been filthy on the mound, allowing no more than a .200 batting average to either right-handed or left-handed batters. From our chart above you will see in just one season with the club he’s already been thrown into the number two roll in the starting rotation, and has not allowed a run in both starts. Follow it up with only three walks and 17 strikeouts, you have a force to be reckoned with.

Kyle Wright is not a good pitcher when he goes twice through the batting order, this is where Braves manager Brain Snitker will need to pull the correct string with his bullpen, just like Dave Roberts for the Dodgers. It’s unclear exactly who Snitker will be starting game four, but my money would be he does something similar to what the Rays have done in the past, that’s a bullpen reliever for a few innings or even one time through the rotation. It’s all about playing the right pieces at the right time in postseason baseball. 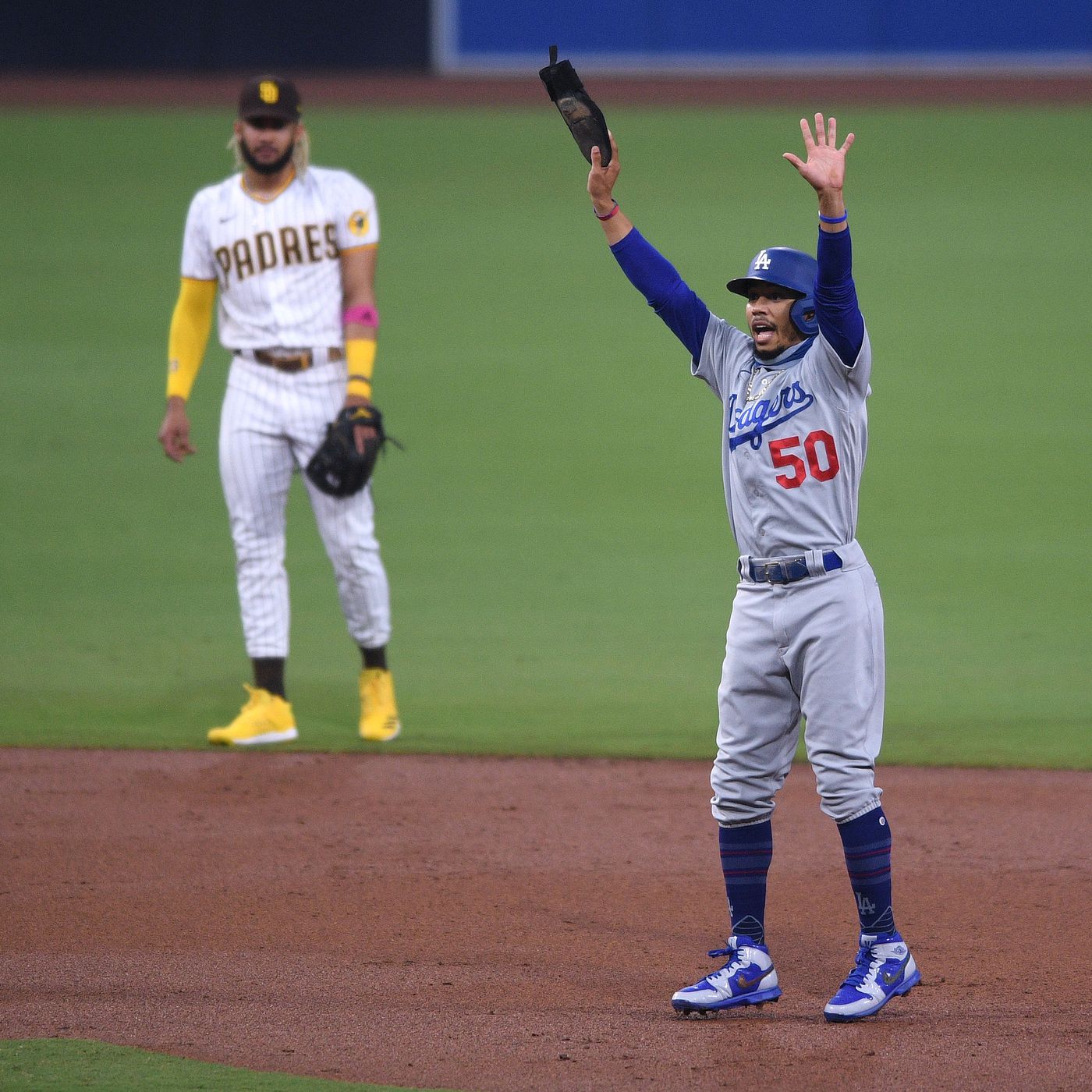 It’s a truly deep lineup when we take a look at the emergence of both squads. If the Dodgers have a weakness, it’s their defense, good news, the Braves have that same weakness but to a greater degree. Over the past two years, the Dodgers are 20th in baseball, at -12.4 defensive runs. The Braves are 25th, at -26.4 runs.

Dodgers catcher Austin Barnes appeared in two of the Dodgers six postseason games thus far, both as Clayton Kershaw‘s catcher. In those two games, Barnes is 4-for-5 at the plate, albeit all singles. This equates to an outstanding .800 batting average.

Instead, the Dodgers have looked towards Will Smith in the remaining six games thus far, four as the catcher and two as the designated hitter. In those six games, Smith is only 5-for-21, with all five of Smith’s hits in one game in the NLDS Thursday night against the San Diego Padres. Smith became the first Dodger in franchise history to record five hits in a single playoff game. This will all be in the hands of manager Dave Roberts, who’s botched many game-time decisions in past playoff stages.

Atlanta’s and Los Angels Dodgers did not meet in the shortened 60 game season. Compare this game to apples and oranges. Both offenses have been top 10 all year, but the advantage has lied with the Braves offense. You will not find a batting average below .260 in any situational stat thus far.

This lineup is completely healthy led by Ronald Acuna Jr. This is the face of baseball going forward in the league at just 20 years old. His career numbers have him batting .281, with an OPS (which combines slugging and on-base percentage has him above .900.

The rest of the Braves lineup has been scoring at will led by the resurgence of Travis d’Arnaud. Just like the Dodgers, there is too much pop in both offenses to keep in check during a full nine innings. The advantage lies with the Braves after the starting pitchers are relieved.

The Dodgers have clear alarms bells ringing in their bullpen. When asked about the demise of closer Casey Jansen, Robers said I’m very sensitive to what he has accomplished on the baseball field, as a closer, and as a perennial All-Star, but we also have to look in real-time and do what’s best for the Dodgers.” Let’s just hope the Roberts knows what he’s doing this time around.

NLDS game two Roberts nearly blew the game in classic Dodger fashion. Jansen surrendered a single to Jake Cronenworth, who subsequently scored on a double by Mitch Moreland, cutting their deficit to 6-4. Jansen managed to get the next out, but immediately surrendered an RBI single to Trent Grisham, forcing Roberts to pull Jansen from the game. Luckily, Joe Kelly was able to get them out of the jam. If the Dodgers want to reach their third World Series in four years, they can’t send Jansen to the mound in the ninth inning. It’s too risky.

This Braves bullpen has allowed just one run in the 2020 postseason. That is correct. During the braves five games in the playoffs, it was during game one of the NLDS where Chris Martin gave up a run on two hits, take his inning out of the question and you have a perfect bullpen thus far.

Just like Tampa Bay in the ALCS, they have a wicked number of arms to get you out, and if the cards are played right will most likely win themselves a World Series. Will Smith, Darren O’Day, and Tyler Matzek have all made a name for themselves during this postseason.

This is going cat and mouse kind of series, with both starting pitchers not wanting to give up the first run. Don’t count either team out late, as they have proven to have the best offenses left in the postseason. My money will be on the Braves and what they’ve done to their opponents, shutting them down four out of a possible five games. This should be one for the ages.