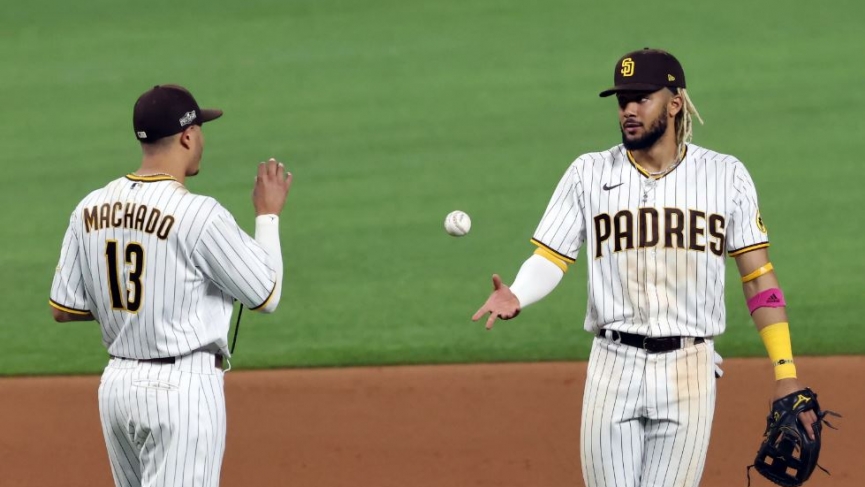 2021 World Series Odds: One can only hope that the 2021 MLB season will be much different than the 2020 season. With all things being considered, there is still a glimmer of hope that next season’s spring training will go off uninterrupted, and we will get a full 162 game schedule in.

If that does take place, the oddsmakers around North America have put out betting odds on the 2021 World Series, with the defending champion LA Dodgers sitting as the odds on favorite to lift the commissioner’s trophy once again, maybe this time they can do it at their home field. Let’s take a look at some best bets on the board for the 2021 MLB World Series futures market.

If only the Padres had their top aces available for the NLDS vs the Dodgers. This team led the league all year in exit velocity and hard-hit contact. The only problem with the Padres this postseason was their inability with runners in scoring position, much similar to what the Rays had troubles with. A Healthy Dinelson Lamet and Mike Clevinger were exactly what the Padres were missing against their 5 games set against the Dodgers. Their offense is led by 21-year-old Fernado Tatis Jr.

If it wasn’t for the 2019 season Pete Alonso had for the Mets this would be your NL Rookies of the Year. His sophomore slump was nowhere to be found this year, collecting nearly the same amount of home runs and RBI’s in nearly half the games. Tatis Jr is not the only offensive piece the Padres have going for them, Trent Grisham, Wil Myers, and Manny Machado all had double digits home runs and RBI’s. San Diego has Championship aspirations especially after their big brother up north just won their first title in nearly 35 years. The more postseason experience for the Padres the better and a healthy starting rotation could be exactly what the Padres were missing this year. I would want a tad more value for such a raw young team, but you cannot overlook the Padres leading into the 2021 season.  You can currently get the Padres at 11-1 (via WilliamHill) to win the 2021 World Series

Power hitting is what Atlanta made a name from during the 2020 regular seasons and postseason. Their .832 team OPS led the league while smashing 103 home runs. Mike Soroka pitched just three games in the regular season before going down with a season-ending Achilles injury. The good news for the Braves, Soroka is scheduled to make a complete healthy return to the 2021 season. Once the Braves get their ace back on the mound, they will have now three young studs for years to come. It kind of reminds me of the ’90s Tom Glavine, John Schultz, and Greg Maddux combination.

Ian Anderson was lights out against one of the best offenses baseballs have witnessed in a while that is the LA Dodgers.  Max Fried stepped up in a big way when Mike Soroka went down for the year, proving he’s going to be a guy you want in your team when you need a win. One area the Braves could work on would be their bullpen. It’s not awful, but it looked to me they could use an arm or two to go along with Tyler Matzek, Shane Greene, and A.J Minter. Acuna Jr may be the best player the league will see for years to come, he leads off for power, speed, and contact and his game in the field will only improve with the years to come. If the Braves can continue to bring in the big names like Marcell Ozuna, Adam Duvall, and company, look to see the Braves back at the big stage. You can currently get the Braves at (+1100) via Bet365

This team excels more than most in the bullpen. As we just witnessed, relievers are relied upon much more than they have in the past. From the Twins top five relievers their K:BB ratio sat at an unbelievable 5.07. The problem for the Twins was their lack of clutch hitting when they needed it the most in timely situations. Minnesota would have had problems if they went to a five or even a seven-game series, after Kenta Maeda and Jose Berrios the Twins would have been forced to use Rich Hill or Randy Dobnak to come in games three and four. All three teams we’ve keyed in on have offenses who can hit for power, this proved to be one of the reasons the Dodgers beat the Rays in the 2020 World Series.

Minnesota is an older team that is ready to win now more so than the two teams above who have young talent that might need a bit of time. Once they flip that switch to get them off their awful 17 straight postseason losing streak, look out for this playoff experienced squad. One guy who’s been admiral about signing with a team who has a chance to win would be Trevor Bauer. This guy is a gamer you want, he proved it in his one start for the Reds but lacked run support falling in extra’s to the Atlanta Braves. If there is a team who is missing one piece it’s the Twins. If management decides to go after Trevor Bauer or a pitcher of similar magnitude, expect nothing but greatness from an overdue team, to say the least. You can currently get the Twins at 15-1 (via WilliamHill) to Win the 2021 World Series