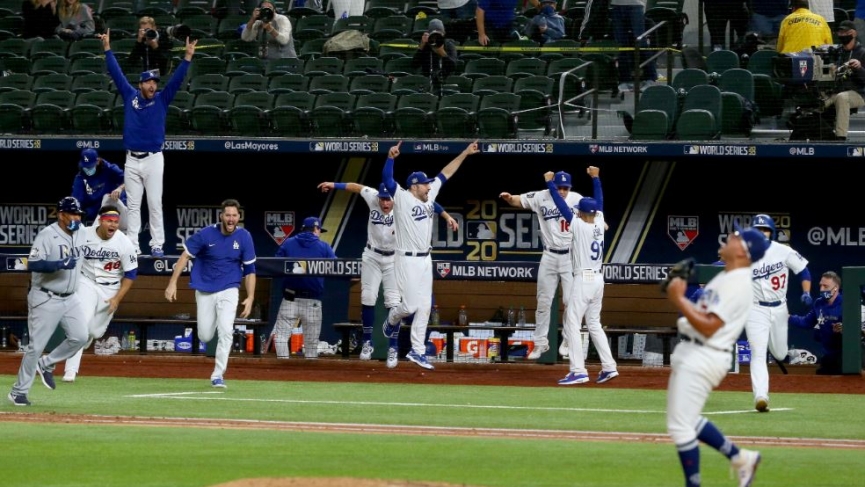 World Series Betting Trend: LA Dodgers: The LA Dodgers have won the World Series for the first time in 32 years. With a dramatic 3-1, come from behind victory over the Tampa Bay Rays in Game 6, the Dodgers are now World Champions. 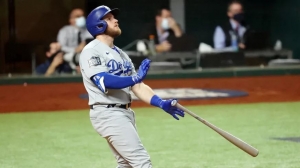 The LA Dodgers opened the year as the favorite to win the 2020 World Series. Even before the pandemic struck, the off-season odds had the Dodgers as 3-1 favorites among the entire MLB field. The Dodgers went 56-22 in 2020, with all 78 of those games coming as the money line favorite. A bettor who backed the Dodgers in every game this season with a $100 wager, profited +$806. An awfully impressive run, considering bettors have been laying the juice with LAD all season long, and still coming out in the black.

The Dodgers were the World Series favorite for the majority of the season and post-season. Apart from the three-day period where the Dodgers trailed the Braves in the NL Championship Series 3-1. The Tampa Bay Rays were +125 favorites between themselves, the Dodgers, and the Braves, heading into Game 7 of the NLCS. After coming out on top, the Dodgers have renewed their status as the odds on favorite and closed as -210 favorites to win the World Series before first pitch in game 1.

It’s was a mixed bag of totals for Dodger bettors’ in the post-season. Things started to sort themselves out to start the World Series, with the Over going on a 4-0 run off the hop. However, Game 5 was the first Under of the series with a 4-2 final, and Game 6 followed suit with a final score of 3-1.

The best bet to be on the Dodgers in the post-season was the -1.5 Run Line. LA won 11 of their 18 post-season games by 2 runs or more, with an average run differential of +1.94 over 18 playoff games. In the end, this is was a really good baseball team, and a team that managed to their smash expectations over and over again. Although they were unpredictable at times, the Dodgers managed to answer the bell any time they faced adversity in the post-season. Ultimately paving the way to their first World Series Championship in over three decades. 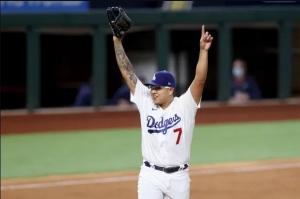 There is much to be pondered on why this is the case. It is very likely that the lack of crowd gives starting pitchers a bit of an upper hand, without the intense nerves or distractions. Never the less, whatever the reason is, the ‘go-to’ prop of the post-season has been somewhat shut down in 2020. However, $100 bettors riding the ‘Run Scored in First Inning: Yes’ prop since the Wild Card games in the 2019 MLB post-season, have gone 52-38 for +$1251 profit.

These are numbers that are worth noting, as playoff situations, regardless of the teams that are playing, tend to reoccur. However, with 2020 being such a unique year in the world of sports, some of this historical data may be insignificant in the long run, with 2020 possibly being a statistical aberration. With that said, the future of the 2021 MLB season is still completely left up in the air, and there is a still strong likelihood that baseball fans may once again be left outside of most big-league stadiums, come spring of 202. For now, we must let Dodgers fans bask in their glory, in what could be an extended offseason.