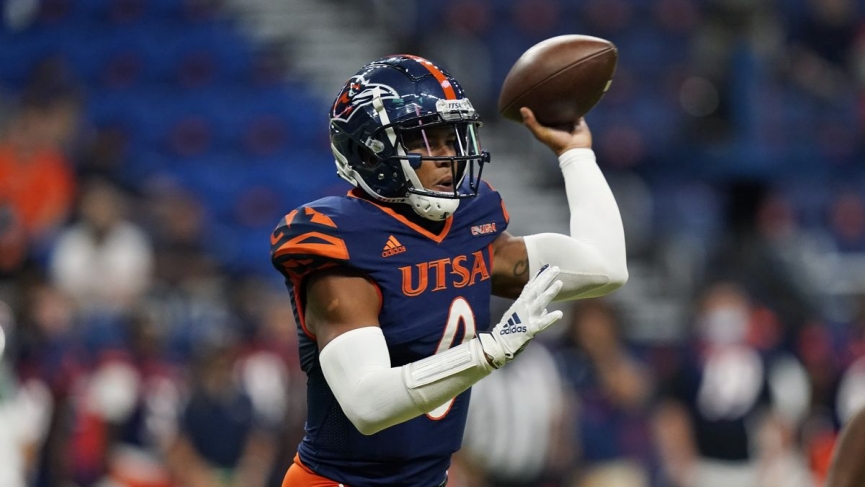 Odds.com’s UTSA vs BYU Pick – College Football Week 6: Brigham Young trots its high-octane offense out this week against UT-San Antonio with a lofty spread to cover.

You have to wonder if the BYU Cougars are starting to feel like they’re stuck in their own version of the movie Groundhog Day. The pandemic has probably had that effect on a lot of folks but has definitely seemed that way for the Cougars who are set to play their third consecutive contest as heavy favorites, this time against the UTSA Roadrunners.

LaVell Edwards Stadium in Provo is where ESPN2 will set up its cameras to broadcast the 3:30 p.m. (ET) matchup. The spreads have been getting bigger and bigger each time BYU takes to the gridiron, with this one the highest of them all. DraftKings has the Cougars giving up 35, the number opening a couple of points lower. While the spread has been on the rise, the total has dropped a tad to 63.

UTSA Stays Well ‘Under,’ Or Goes Way ‘Over’

Jeff Traylor’s first season as head coach in San Antonio has at least been interesting and entertaining. The Roadrunners opened with three wins, one a double-overtime thriller against Texas State and another close win against Middle Tennessee State in the Conference USA opener for both schools.

The perfect start came to an end last week on the road at conference foe UAB, the Blazers grinding out a 21-13 triumph despite turning it over four times. Still, UTSA kept things close to the end and stayed well within the 3-TD spread Alabama-Birmingham was favored by on NCAA football odds boards. The Roadrunners have split covers in the four games, as well as split totals 2-2 O/U with some wild swings on those scoreboard bets.

About the only real problem, Traylor and his coaching staff are having is keeping their quarterbacks healthy. Starter Frank Harris injured a knee in the win over Middle Tennessee State, missed the UAB game, and is questionable this week. No. 2 pivot Josh Adkins left the loss at UAB after just one play due to a broken collarbone and is out indefinitely. Jordan Harris took over for Adkins, and the sophomore is presumably the starter this week if Harris can’t return. 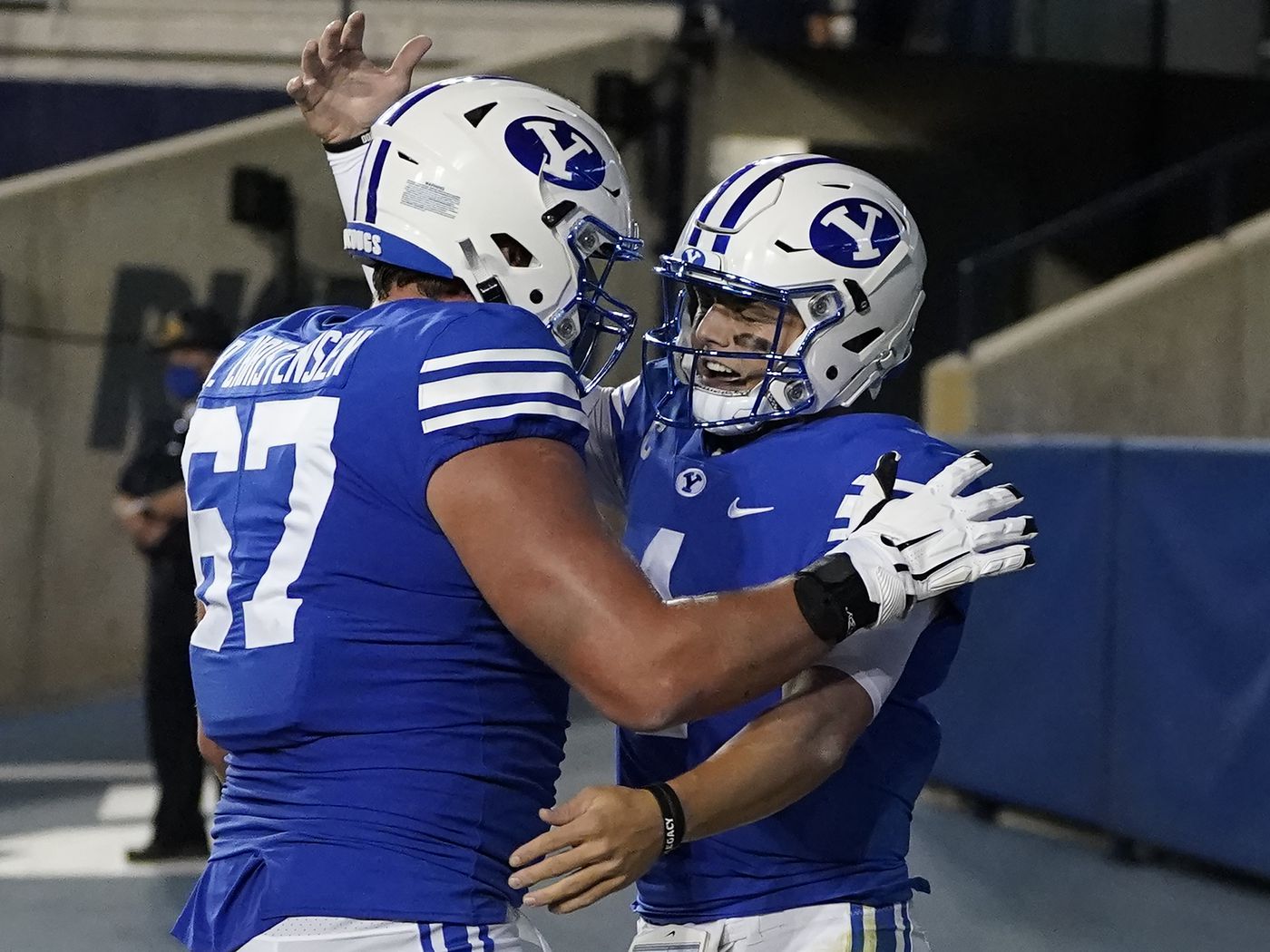 Kalani Sitake is having no problems at quarterback where Zach Wilson has been spectacular so far. The junior has completed more than 84% of his passes (60-71) to lead the nation, with six scoring strikes and just one interception for more than 316 yards per game. Wilson’s 221.8 passer rating ranks second in the country to Alabama’s Mac Jones.

The offense has certainly played a strong role in why the Cougars have covered the betting spreads each time out. Brigham Young leads the nation averaging nearly 586 yards per game and is second in scoring (49.3 ppg). With Wilson’s right arm leading the attack and highlights, the backfield tandem of Tyler Allgeier (34 rush, 275 yds) and Lopini Katoa (32 rush, 179 yds) is easy to overlook.

The same can be said for the defensive unit that leads the country allowing just 214 YPG and has surrendered just 24 points in three games. The Cougars have also come up with 12 sacks, true freshman Tyler Batty accounting for a third of those. BYU will have to play without talented Chaz Ah You the rest of the way, however, after he had surgery on a shoulder.

UTSA One OF 3 CUSA Foes For BYU

Nothing about BYU’s schedule resembles what was originally planned. The Cougars were supposed to play one of the tougher slates in the country before having six matchups with Power 5 conference foes canceled. As it is, UTSA is BYU’s third consecutive opponent to be a first-time matchup.

All signs point to a decent Saturday afternoon in Provo, the weatherman calling for partly cloudy skies and the thermometer reaching the upper-70s. Sitake and BYU have a short week to prepare for a trip to face the Houston Cougars in Week 7, and it’s doubtful too many 1st-stringers will be on the field late against UTSA. My free college football pick will be on the ‘under’ 63.