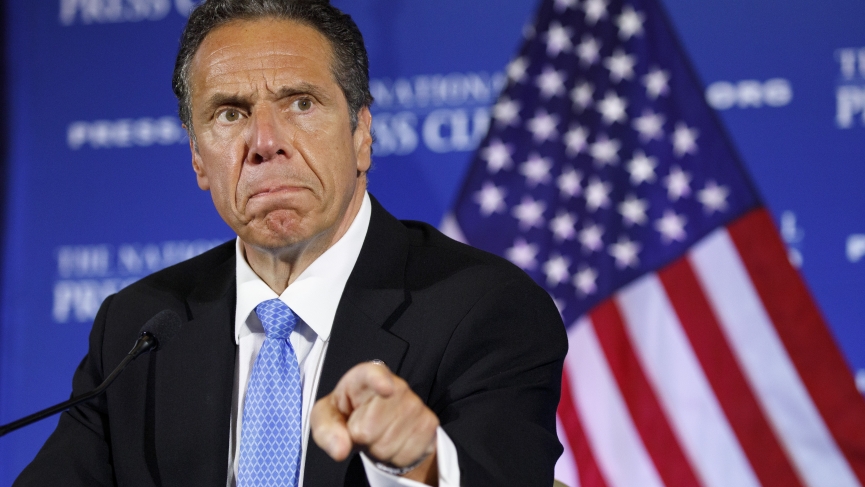 Even as the coronavirus swept through New York City the spring, closing casinos in New York and New Jersey, Cuomo still did not budge on expanding its industry despite online wagering helping the state with its budget deficit.

New York is now facing an estimated $60 billion budget deficit, and with the new budget due in April, Cuomo finally is on board with online sports betting as a revenue stream to help patch the hole.

When the news broke, excitement erupted around New York. There was a celebration. Men and women were crying in the streets. New York was back, baby! Well, it was back for a cool 12 hours…until Cuomo revealed his plan on what online sports betting would look like.

Cuomo FINALLY says he's going to back mobile sports betting, SWEET! Instantly ruins it by saying he wants to follow a lottery regulated system as opposed to being run through the casinos, sportsbooks like NJ, PA ect all who are making a KILLING in revenue. pic.twitter.com/XkL7j1nBjY

Gov. Cuomo uses the state lottery system to run sports betting and uses a single operator throughout New York. The operator that is chosen will partner with the four commercial casinos in upstate New York.

Cuomo also wants to use a betting operator that is already in the state. Some of the sportsbooks that could run the state would be DraftKings, FanDuel, BetMGM, BetRivers, William Hill, and Bet365. There hasn’t been a layout for licensing fees or tax rates. Still, Cuomo’s office has stated that using the single operator method would bring in $500 million in annual revenue compared to $50 million.

The New York Governor wants a single operator so that it can share more revenue with the state. Cuomo was questioned about having an open sports betting market compared to a single-operator, and his response was, “I’m not here to make casinos a lot of money. I’m here to raise funds for the state.”

Cuomo’s proposal will be run similar to how the state operates the lottery system, with the state getting the lion’s share of the revenues, @NYGovCuomo said. “I’m not here to make casinos a lot of money. I’m here to raise funds for the state.”

The lottery system would also require New York to amend the state constitution, needing residents to vote on the matter. Cuomo stated that if New York goes the casino-based route, that would need a constitutional amendment, although many industry experts stated that isn’t true.

The earliest and amendment vote would be in November 2022, potentially legalizing sports betting in 2023.

Cuomo’s plan makes him feel like he’s Robinhood, sticking it to the commercial casinos (which he drafted to bring casinos to New York) and giving all the revenue to New York people. On paper, the idea sounds great, but it’s far from plausible.

Cuomo’s plan for mobile betting is about as good of an idea as sticking covid patients in nursing homes. There are multiple issues with the single operator method from a financial and logistical standpoint.

New York already has six sportsbooks operating at commercial and tribal casinos. Cuomo will have to kick five operators out of the state. This will probably go over and write a book about how you saved New York from the covid crisis before seeing a spike worse than the one that happened last March.

Cuomo also believes that using the lottery won’t need a constitutional amendment, but going the casino route will. Law and sports betting experts believe that isn’t true, so someone will be wrong about the amendment issue between lottery and casino sports betting. This probably wouldn’t be a surprise if Cuomo is on the wrong side of this.

Then comes the money

Oregon and Washington D.C. use the single-operator model, and both have underperforming sports betting industries. In January, Oregon saw its best month since launching sports betting with a $34.5 million betting handle. This isn’t terrible and a bright spot for the Beaver State.

However, Oregon has a larger population than Iowa, New Hampshire, and West Virginia. All three states had higher betting handles in January than Oregon. Iowa is the closest in population with 3.1 million compared to Oregon’s 4.2 million people. The Hawkeye State saw $149.5 million wagered in January, quadrupling Oregon’s numbers. New Hampshire saw $51.6 million, and West Virginia was at $50.7 million.

Oregon Running From its own Lottery System for Sports Betting

New Hampshire only has one online sportsbook as well, but there are DraftKings. The one argument for Cuomo is using a reputable brand, which should slightly help out the state. However, the population of New York and New Hampshire is night and day.

Washington D.C. is having similar issues with GameBet DC, the state’s lottery-run sports betting app. William Hill is the only competition, and it is blowing GameBet out of the water. In January, Gamebet had a $5.2 million betting handle than William Hill’s $10.6 million. This is the closest the two betting handles have been since launch. 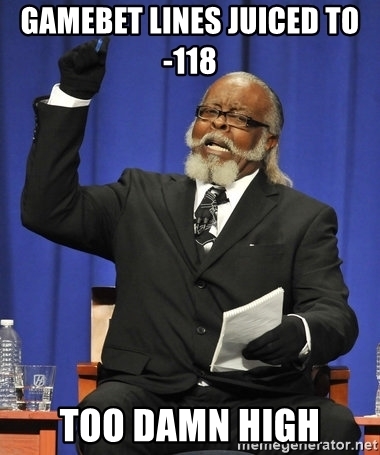 Also, William Hill has no mobile betting app in D.C., meaning that the retail sportsbook sees more bets than its mobile competitor despite online betting thriving in the pandemic. The biggest issue with GameBet is the juiced lines that no one wants to pay. A standard line is -110 on a spread or totals bet, usually. However, with GameBet, the lines are juiced to -118, significantly hurting the odds of profiting using the app.

Cuomo believes New York could bring in $500 million in betting revenue under the lottery system. Assuming he could take the single-operator 50%, New Yorkers would still need to wager $1 billion in the state using one sportsbook. If New York faces a similar issue as GameBet, people will keep flocking to New Jersey to bet there.

According to Eilers & Krejcik Gaming, New Yorkers bet an estimated $837 million in New Jersey. The Empire State has consistently missed out on revenue due to a lack of mobile betting or sportsbook near New York City.

Sure, a single operator is going to keep revenue in New York. If the setup for using one mobile sportsbook sucks, then what’s to say people in the city won’t go bet in New Jersey instead. Even if a sportsbook like DraftKings or FanDuel is available, it doesn’t mean everyone will want to use the app.

Professional and big money bettors are shopping for the best lines. They certainly won’t find it on two of the most public betting apps in the U.S. Losing out on those customers is huge and defeats the purpose of legalizing online sports betting.

Having healthy competition will help New York in the long-term and potentially make them one of the biggest sports betting markets in the U.S. Using a single-operator has proven to have states underperform due to the monopolistic setup and lack of competition to grow the industry organically.

The New York Governor is going to hear from lawmakers about the downfalls of using this method.

Or, Cuomo will ignore everyone, try to pass the single operator method, and then write a book about how he did it. All before realizing the failure, New York is doomed to see going down this road.