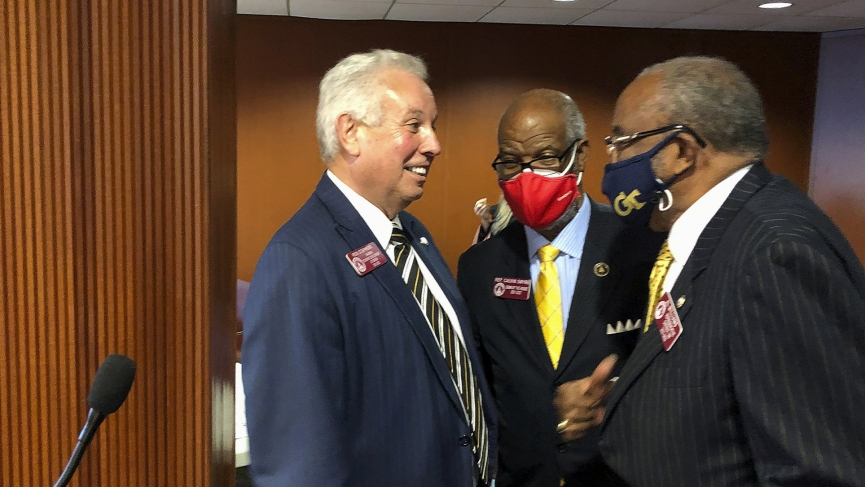 Georgia sports betting legislation continues to progress as the Peach State takes steps forward towards legalized sports betting. For a second time, the Georgia House Economic Development and Tourism Committee passed its sports betting in three weeks. The bill had to return to the committee to be updated and for the second vote.

The bill’s biggest change is the 20% tax rate proposed compared to the original 14% rate. The Georgia Senate bill is proposing a 16% tax rate on sports betting revenue. Rep. Ron Stephens, the committee’s chairman, and the bill’s chief sponsor said an increase from 14% to 20% would yield an additional $20 million in annual revenue for Georgia education the HOPE Scholarships program.

Take a Look at Sports Betting Revenue Numbers For January 2021

The Peach State continues to make tweaks to the sports betting language as it mirrors its neighbor Tennessee. The Volunteer State saw over $130 million wagered in its first full month of sports betting, and Georgia could see even better results as the eighth-largest U.S. state.

As mentioned above, the significant change to HB 86 is a tax increase from 14% to 20%, giving it a higher tax rate than the Senate. The Georgia Lottery would still oversee sports betting and at least six sportsbooks entering the state. Bettors must be 21 years or older to gambling in the Peach State. 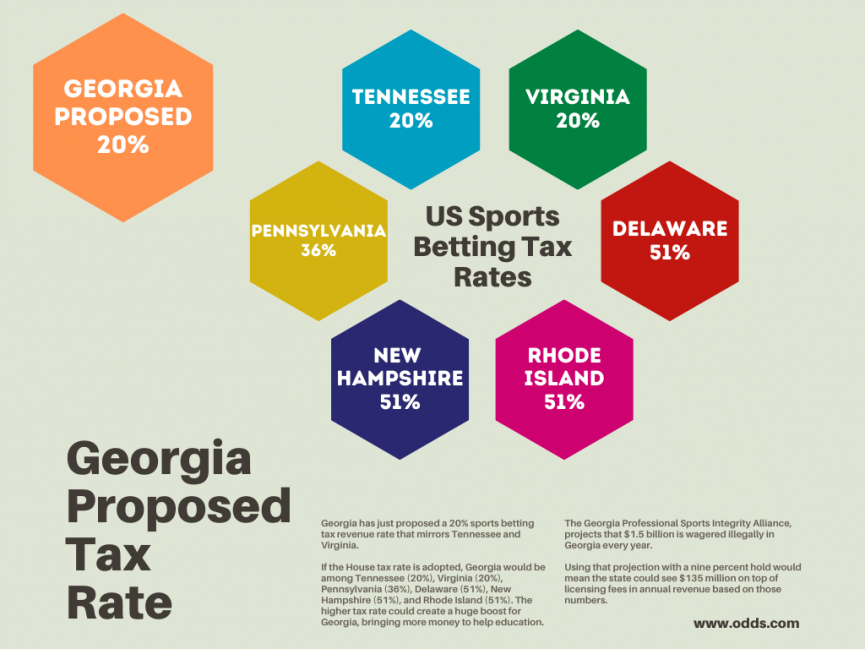 The Georgia Professional Sports Integrity Alliance, whose members are the Atlanta Braves, Falcons, Hawks, and United FC, projects that $1.5 billion is wagered illegally in Georgia every year.

Using that projection with a nine percent hold would mean the state could see $135 million on top of licensing fees in annual revenue based on those numbers. Add in the 20% tax rate and will collect an estimated $35 million annually. Georgia ranks eighth in population by state, so the betting market should be lucrative in the Peach State.

The one setback Georgia may see in its sports betting industry is the lack of betting on Georgia colleges, which hurts especially in the heart of SEC country, and Atlanta hosting the SEC Championship football game every year.

On top of tax rates in Georgia, some representatives in the state brought up inclusion in minority businesses. Rep. Ron Stephens discussed that any change in the language of HB 86 would be in conflict with rules in the Georgia Lottery and could result in a constitutional amendment.

Not all representatives we’re thrilled with Stephens’s address on no guarantee minority businesses would benefit from the sports betting bill. Rep. Miriam Paris said the black community is “participating heavily in the lottery and gaming. We need to know our communities are going to benefit.”

Stephens explained that lawmakers could discuss a language change after the bill is turned into law. Anything before then could take Georgia down the amendment route, which it’s clearly trying to avoid.

Next Steps for Georgia

The Georgia General Assembly has until April 2 to get a deal done before the current session ends. HB 86 passing the House Economic Development and Tourism Committee a second time after lawmakers tweaked the bill is a big step for the state.

The bill will now be sent to the House Rules Committee to be reviewed and voted on before going to the House Floor for a vote.

The goal for both sports betting bills is to avoid a constitutional amendment. Legalizing sports betting through the Georgia Lottery is the best bet to get a deal done this year instead of having to wait until 2022, where sports betting would be voted on in the election.