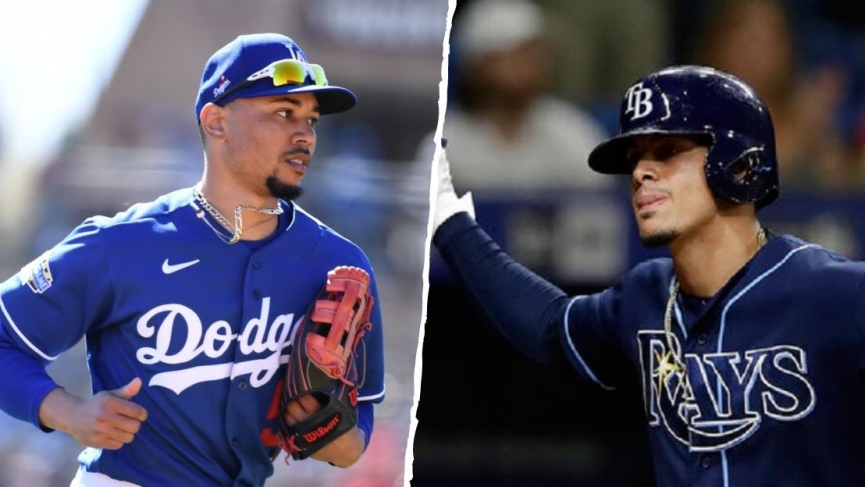 Odds.com’s Tampa Bay Rays vs LA Dodgers Pick – Game 5 World Series: The Rays tied the series with an unbelievable sequence to end the 9th inning. They now head into a best of 3, with Game 5 of the World Series taking place on Sunday evening in Arlington.

Another spectacular World Series game, now a quick turnaround for both teams will be tough in the latter half of the game. Tampa Bay will start Tyler Glasnow, making his second start after giving up six runs in four innings in game 1. The Dodgers will bring one of their better arms to the mound in Clayton Kershaw. Kershaw is coming off one of his best postseasons starts in his long tumultuous postseason career. The Rays will have a very tough time with Kershaw in game 5.

Clayton Kershaw is known for his postseason blunders, all could be written off in the winds if the long time Dodger lefty can get his long-awaited World Series ring. Kershaw is ultra-confident this postseason, keeping the walk rate down to just three in 25 innings of play. This tells me Kershaw is trusting his pitches, commanding the ball, and painting the corners of the plate. Kershaw was touched in game four of the NLCS game between the Atlanta Braves. If we take the start out of Kershaw’s stats, he’s allowed only four runs in 20 innings. Los Angels will have to make up their mind quickly when they go into game six Tuesday night. This game is the make or break game for the Dodgers. They must get a win with Kershaw is on the mound.

Tyler Glasnow is a massive figure on the mound, standing 6’8” the ball gets to you extremely quick when Glasnow is heaving the ball down the throats of his opponents. Glasnow was looked to in game one of the World Series, where things became a little dicey for Glasnow. He was pulled after allowing six runs on three hits, not getting barreled at a high rate, rather losing the control of his pitches giving the Dodgers extra baserunners than they should have. My problem with Glasnow lies with his two-pitch arsenal, if his fastball is getting hit he’s not able to use his curveball as his go-to strikeout pitch. Glasnow has a soaring ERA due to the fact he’s walking guys and allowing an alarming amount of home runs, averaging almost two home runs allowed a game in the postseason. The recipe seems stale with Glasnow, it has been seen before, and with what happened last night to the Dodgers,  expect the NLCS champs to be gripping the bats extra tight in a massive game five.

The Los Angeles Dodgers are getting contributions at the plate from nearly every guy on the team. Recently Joc Peterson has contributed towards the offense output,  collecting RBI’s during crucial parts of the game. The leading candidate for the World Series MVP, in my opinion, is the NLCS MVP Corey Seager. He’s done nothing wrong at the plate and in the infield, racking up eight home runs and 18 RBI’s in 16 games in the playoffs. The list goes on and on for the Dodgers offense, led by guys like Mookie Betts, Justin Turner, and Max Muncy. You cannot find a weak spot in the Dodger lineup, essentially making Tyler Glasnow look that much more susceptible to the long ball. Expect the Dodgers to get after Glasnow and company early and often, later in the game is where the circus comes to town. Manager Dave Roberts is driving this bus with a blindfold at times and has been the downfall for this Dodger squad over the past 8 years of failure.

This is one of the more underdog stories we’ve had in a while. Tampa Bay has a third of what the Los Angeles Dodgers have to pay big-name players. Rather, the Rays have brought in no-name guys who are proving they are not just leftover pieces. A similar story to when the Vegas Golden Knights were made up of all leftovers no one wanted. Randy Arozarena has been an animal at the plate fr the Rays, leading the postseason in home runs and hits a game, not to mention his OPS is 1.28 one of the higher OPS you will ever see. The Rays have the best player on the field, but the rest of their squad will need to keep up the production. Kevin Kiermaier and Brandon Lowe have been massive parts of the Rays’ success in the playoffs. If Lowe and Kiermaier keep hitting home runs, rather than doubles to triples, this team will never be out of a game.

Dodgers –  Why Dave Roberts did not trust his starter Julio Urias in the 5th inning with two guys on will always haunt me. With back to back games, Roberts needs to eat innings from his starting pitchers. The Dodgers are already thin when it comes to starting pitching, if Kershaw gets the yank after just five innings, the Dodgers bullpen who has already been taxed will be like riding a rollercoaster. Los Angels and Tampa Bay’s managers would tell you they’ve overused their bullpens more than they would have liked to at the point in the World Series.

Rays –  There is no special secret when it comes to saving your best arms in the bullpen. Kevin Cash has done a slightly better job at maintaining his best arms, using them on a one-game basis rather than back to back as Roberts has done to the Dodgers. The Rays have shut teams down all year and postseason with their stifling bullpen arms. Yes, Cash did have to use almost every arm last night, even starting up Glasnow and Snell late into the ninth inning in game 4. Look for both managers to eat up innings with their respected starters.

Best Bet: Dodgers First 5 (-0.5) (-120) via Bet365: Los Angeles want to get right back at it, the last series of events for the LA Dodgers was one to forget to say the least. Losses like the Dodgers had are defeating ones, enough to almost cause you to lose you cool and start nitpicking things that were not even thought of in the first three games. Tampa Bay has to get Glasnow to finish five or six innings with little to no damage. If the Rays can achieve this, they have the advantage down the stretch with a much more relaxed bullpen. With that being said, look for the Dodgers to run Glasnow off the mound earlier than Roberts and the Dodgers would like.