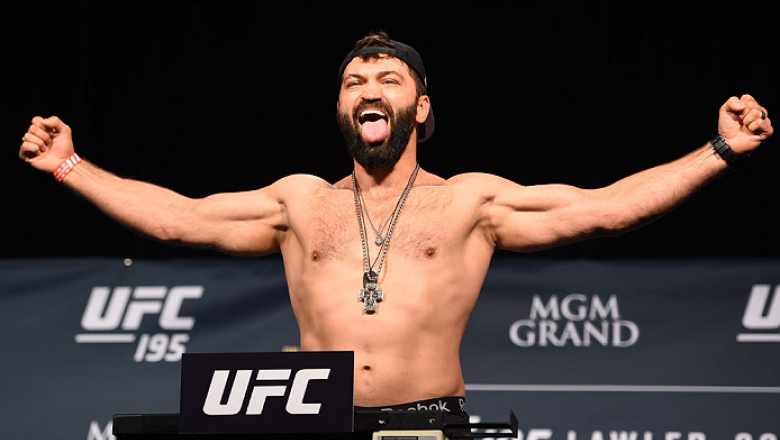 From a betting perspective, the biggest favorite on the UFC Vegas 13 card is heavyweight is Giga Chikadze at -485.  I don’t see any value on his opponent, newcomer Jamey Simmons (via WilliamHill).

Boser (19-6-1) picked up his second straight knockout victory in July after finishing Raphael Pessoa in the second round at UFC Fight Island 3. “The Bulldozer” has gone 3-1 in the Octagon, with his lone loss coming against top prospect Cyril Gane last December. Tanner Boser looks to extend his winning streak to three-straight when he battles former heavyweight champion, Andrei Arlovski, in the co-main event. While Boser is the rightful favorite, I do see value in betting on Arlovski as the underdog. Here’s why

Arlovski (29-19) is coming off a decision victory over Phillipe Lins at UFC Jacksonville in May and has alternated between wins and losses in his last four fights. The 41-year-old will be looking for back-to-back fights for the first time since Mar. 2018.

The Canadian will likely win this fight being the younger, faster fighter. However, Arlovski has a ton of experience and has only been finished once in his last 10-fights. If Boser can’t end this bout early, it’s possible Arlovski could steal a decision with his boxing in this matchup. For that reason, I do see value on Arlovski as the +235 underdog.

Gadelha (18-4) has won three of her last four fights, including a split decision victory over Angela Hill at UFC Fight Night in May. The 31-year-old has never won three straight fights in the Octagon. Former UFC title challenger Claudia Gadelha battles Yan Xiaonan on the main card in a pivotal strawweight matchup. While Xiaonan has remained undefeated in the Octagon, I do see value on Gadelha as the underdog.

Xiaonan (12-1, NC) is coming off a decision victory over Karolina Kowalkiewicz at UFC Auckland in March. The Road FC veteran has gone the distance in her last five fights.

Gadelha has never been finished in her 22-fight career and if Xiaonan can’t stop her within the three-rounds, it’s possible the Brazilian steals another decision on the judge’s scorecards. While the pick will be Xiaonan, I do see value on Gadelha at +105 especially if this goes the distance.

Griffin (15-8) is coming off a split decision loss to Alex Oliveira at UFC 248 in March. The 34-year-old has struggled with consistency, having lost four of his last five fights. One change for Griffin this time around is him training at the famed Team Alpha Male. So expect some better wrestling with Griffin, should he choose to use it. Max Griffin looks to bounce back after two straight losses when he welcomes Ramiz Brahimaj to the Octagon. While Griffin has far more experience than his opponent, I see value on Brahimaj as the underdog at +125.

Brahimaj (8-2) will be competing for the first time since March 2019 as he makes his long-awaited UFC debut. The Fortis MMA product initially was slated to compete on DWCS in June 2019 against Miguel Baeza before an injury pulled him off the event. The 27-year-old was later slated to make his UFC debut in June of this year against Takashi Sato before a positive COVID-19 test removed him from that fight. With eight submission victories in 10-career fights, look for the Bronx native to try and take this fight to the mat.

This should be Griffin’s fight to lose, but his tendency of leaving his fights in the judges scorecards has me worried. Five of Griffin’s 6 losses in the UFC have come by decision. Should the MMA Gold product not get the finish, it’s possible Brahimaj gets the nod on the judge’s scorecards. With a fight this close, the pick here will be Griffin but there is certainly value on Brahimaj as the underdog in this matchup.