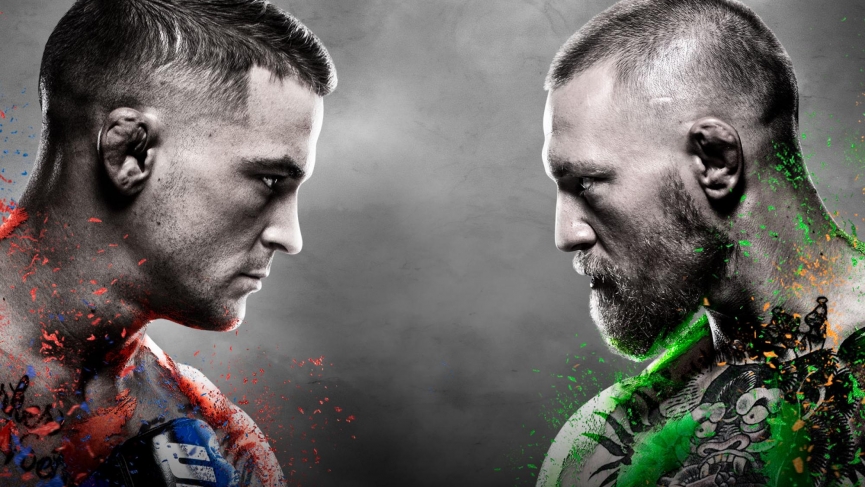 UFC 257 Odds and Betting Lines: The first premier UFC event of 2021 will take place on Saturday, January 23rd on Fight Island in Abu-Dhabi, as the ‘Notorious’ Conor McGregor makes his return to the octagon, almost one year to the day since his last appearance, as he takes on ‘Diamond’ Dustin Poirier in a rematch from an epic featherweight bout in 2014.

McGregor hasn’t fought since January of 2020, in the pre-covid era, where he defeated Donald Cerrone in 44 seconds at UFC 246. Meanwhile, Dustin Poirier last fought at UFC Vegas 4 in June of 2020, defeating Dan Hooker as a -220 chalk betting favorite. This bout will undoubtedly be a number one contender match, and could even possibly be for the interim or undisputed UFC Lightweight gold. The answer to those questions will remain unanswered for now.

The co-main event of UFC 257 sees the UFC debut of Michael Chandler, as he gets his shot at a top-ranked contender in the Lightweight division in Dan Hooker. Chandler made his debut in the UFC as the ‘back-up’ fighter in the Khabib/Gaethje title bout at UFC 254 in October, but his opportunity to fight did not occur, as both Khabib and Gaethje arrived to Fight Island healthy and weighed in without incident. Since then, Chandler has been idle, looking for a proper opponent, which took a while to sort itself out, but Hooker would eventually be announced on January 4th to be the opponent for Chandler at UFC 257, as the co-main event. The 34-year old Chandler will make his UFC debut as an opening line +150 betting underdog to Hooker who is 4-years younger, but with 8 more professional fights. Let’s take a look at the UFC Odds.

What are Dustin Poirier's chances of beating Conor McGregor?

Who is the biggest Favorite at UFC 257

Uman Nurmagomedov, the cousin of Khabib Nurmagomedov, is a -450 favorite to Sergey Morozov at UFC 257, making him the highest betting favorite on the card.