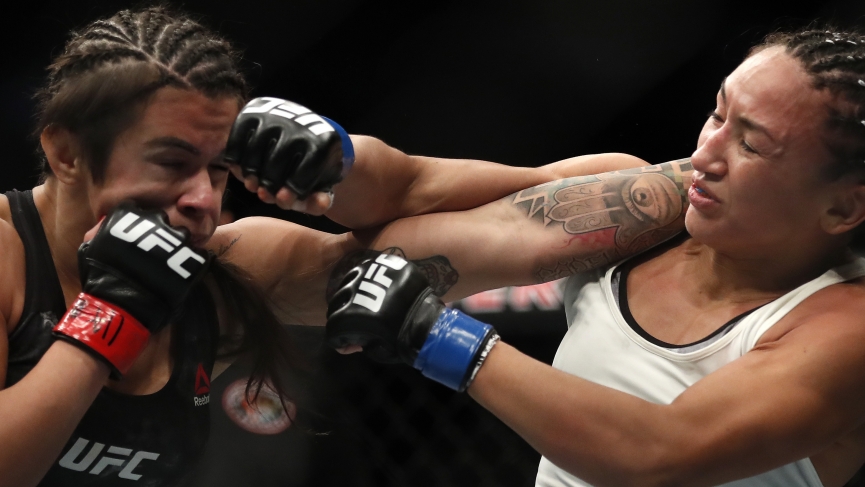 In part 2 of my UFC 249 beginners guide, we look at some betting tips for beginners, starting with the most probable trends for the Lightweight, Women’s Strawweight, Men’s Middleweight, Men’s Bantamweight, and Men’s Welterweight division.

With the headlining fight for UFC 249 being a battle for the UFC’s Interim Lightweight Championship, what better way to kick off the most probable trends series than with one of the most probable trends that the UFC has seen over the past 17 months, and that’s the Lightweight favorite. Going back to the beginning of 2019, the UFC’s Lightweight favorite has dominated the division with a 75% win rate, going 66-22. Although the trend has only been profitable for +8.36u, the lightweight favorite is a betting tool to put in your arsenal for many purposes, including parlays and accumulators. With a 75% win rating, implied probability says that any favorite in the lightweight division with odds better than -300 is a bet worth making. With Tony Ferguson as the -185 favorite in this bout, the odds are in your favor if you’re backing ‘El-Cucuy’ in this one. Although I would suggest taking things bout by bout, it’s hard to make an argument against backing the favorite in this division, especially with a record of 66-20 over the last 17 months. You can’t go wrong with Tony here.

The short favorite in the women’s strawweight division reigns supreme. 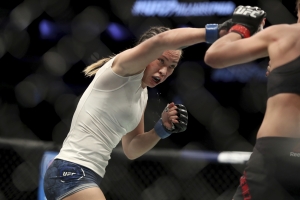 The Over is also hot in Women’s Strawweight.

A key lesson to learn in UFC betting is the tendencies of each division and each style of fighter. One tendency that can be backed up with data is the tendency for women’s fights to go the distance, especially in the UFC Women’s Strawweight Division. Since 2019, the Over has gone 26-8, a 76.5% rate to the over, but just +1.66 units of profit. Implied probability says that any Over prop in the Strawweight division at the price of -325 or better is a value bet to make. Unfortunately, the Over 2.5 rounds prop in Esparza/Waterson currently sits at -450. The secret is out when it comes to Strawweight overs, but keep it in mind for future events.

The Over hits often at 185lbs.

As mentioned in the ‘Most Profitable Trends’ article, the Over in the UFC’s Middleweight Division is a probable trend that has been delivering results as of late. Since the start of last year, the Over, in the UFC’s Middleweight Division has hit at a remarkable 69.8% rate, going 37-16 for +9.15u profits. Based on implied probability, any Over in the middleweight division at a price of -230 or better has value. With the Over 2.5 rounds prop in Hall/Souza sitting at -112. There is a whole lot of value backing the over in this middleweight contest.

The Over has had a solid run in the UFC Men’s Bantamweight Division since the start of 2019, going 52-24 for a win rate of 68.4%. The total in the Cejudo/Cruz fight is currently set at 4.5 rounds, with the Over currently at -200. Implied probability says, an Over in this division is a solid play – all the way up to -215. Therefore, you’re getting a very small slice of value when backing the fight to go well into the 4th round at -200. Although it’s the probable outcome in this bout, there is better odds on the board in this one that the over.

Two out of three Welterweight bouts go Over.

Since the start of last year, the Over in the UFC’s Welterweight Division has gone 60-31, for a win rate of 65.9%, just a hair shy of 2/3rds or every fight. Implied probability says the buy price on an Over in this division is around -190, so you’re getting a substantial amount of value backing the Over 1.5 rounds prop in the Luque vs Price fight, at -111. As well as the Over 2.5 rounds prop in the Cerrone vs Pettis fight at +105. It’s never fun hoping a fight doesn’t end with a highlight reel knock out, but both these fights going well beyond their totals is the likely outcome.