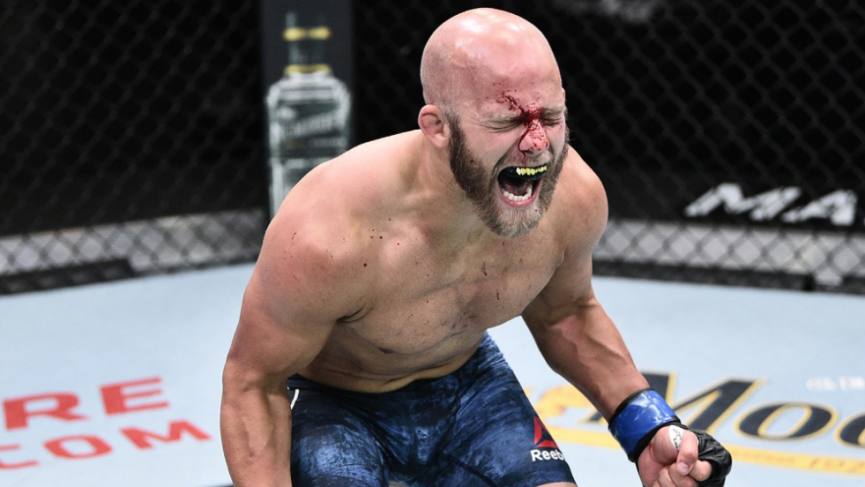 Justin Jaynes vs Devonte Smith Pick – UFC Vegas 18 Predictions: Justin Jaynes and Devonte Smith have a combined 7-0 record to the ‘Under’ in their UFC careers. On Saturday the oddsmakers are expecting that number to move to 8-0, as Jaynes and Smith face each other in a short notice catchweight bout at UFC Vegas 18. The event is headlined by UFC heavyweight Alexander Volkov taking on MMA legend Alistair Overeem.

Tale of the Tape: Jaynes vs Smith

Justin Jaynes has fought all over the lower level MMA promotions, from ‘Big John’s MMA’ to ‘XFS’, to the ‘World Series of Fighting’ as well as even ‘Bellator’. Through that stint, he compiled a 14-4 record before debuting in the UFC in June of 2020. Since then, Jaynes has had 3 fights in the UFC, going 1-2, with all three fights coming by way of stoppage. This will be the fourth fight in less than a calendar year for Jaynes, and he will look to avoid the dreaded three-fight losing streak.

As for Devonte Smith, he has had a similar path to the UFC, except he has done it in a quicker fashion, with fewer losses. The factoryX product and Bedford, Ohio native made his first UFC appearance in Dana White’s Contender Series in 2018, debuting in the UFC lightweight division, and went 3-1 since then, taking his first UFC loss to heavy underdog Khama Worthy at UFC 241 back in August of 2019.

Smith was supposed to be facing Alex de Silva Coelho at UFC Vegas 18, but Coelho was unable to fight, pulling out for undisclosed reasons. Justin Jaynes will step in as a short-notice replacement, and the fight will be held at a 160-catchweight limit.

UFC Vegas 18 Picks – Jaynes/Smith Under 1.5 Rounds (-163): While there is a ton of value on Justin Jaynes at that +246 price, it seems as though the safer bet to make is the ‘Under’ at -163. It may be a steep price, but you can most likely count on one of these fighters getting the finished, especially with Jaynes coming in on such short notice. Between these two fighters, the ‘Under’ is a perfect 7-0 in their combined total UFC fights, with all 3 of Devonte Smith’s wins coming by way of stoppage, as well as his one loss. The same can be said about Justin Jaynes, he has one stoppage victory in the UFC, with his two losses coming by way of submission and TKO. Even at the steep odds of -163, you’re getting a fighter who has had little to no training camp, against a guy who has been known to take his opponents out or get taken out himself.