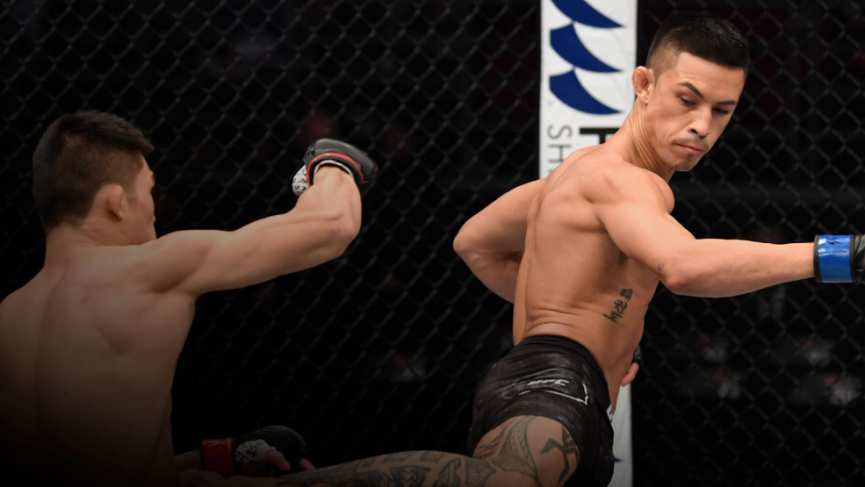 UFC Vegas 18 Martin Day Odds and Fighter Profile: Martin ‘the Spartan’ Day comes into his bout on Saturday riding a 4 fight losing streak in the UFC, with 3 of his 4 fights going ‘Over’ the betting total, and 2 of them going the distance. At UFC Vegas 18, Day steps in as a short-notice replacement against Russian prospect Timur Valiev.

Odds.com’s James Lynch talks to Martin Day (8-5) in preparation for his short-notice bantamweight fight against Timur Valiev (16-2) at UFC Vegas 18 this Saturday.

Martin Day: Tale of the Tape

Martin Day made his professional MMA debut back in 2015 in the Hawaii regional scenes, fighting for promotions like Destiny MMA, Mid-Pacific Championship, and URCC, before making taking his first shot at the UFC.

Martin Day made his first UFC appearance via Dana White’s Contender Series in 2017. Day lost a unanimous decision to Jaime Alvarez, did not receive a contract, and went back to fighting in Destiny MMA, winning the URCC Bantamweight title in 2018. A few months later, Day returned to the big stage at UFC Fight Night 141, losing a split decision to Pingyuan Liu. A rough string of injuries kept Day inactive for 2019 and into 2020, he made his return to the octagon at UFC 251 on Fight Island in a Bantamweight division bout against English-man Davey Grant, losing to Grant by knockout in the first round. In November of 2020, Day became one of the few fighters to compete at both Fight Island and the Apex Center but didn’t get the outcome he was looking for, losing to Anderson dos Santos by guillotine choke in the first round.

The best way to back Martin Day so far in his UFC career has been by betting on his fights to go ‘Over’ the betting total. Three of Day’s four UFC bouts have gone over the total, profiting +0.86 units along the way.

Since this is a short notice bout, there are yet to be odds posted on the majority of the betting props for this fight. Based on the opening odds, the best way to bet this fight if you were going to do so is definitely by backing Martin Day at +320. Timur Valiev is coming off a very tough loss to Trevin Jones, which was later overturned due to a no contest because of a positive drug test. Yet at the end of the day, the books paid out on Jones winning as a heavy underdog, a fight that saw Valiev lined as a heavy -600 favorite. With Day coming into this bout with essentially nothing to lose, and Valiev coming off a crushing loss in his UFC debut, you have to give a bit of an edge to Martin Day, especially considering how where the odds have opened.