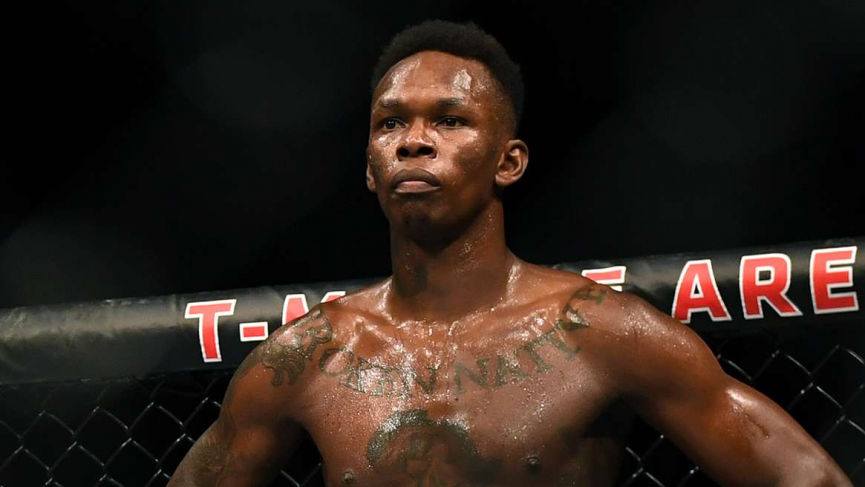 Israel Adesanya vs Jan Blachowicz Pick – UFC 259 Predictions: UFC 259 is the card of the year. We have been treated to some fantastic cards already in the year of our lord 2021, but nothing comes even close to the epicness of this weekend’s card. We have three titles on the line, a champion vs champion battle, and breakout stars that are just looking for an opportunity to prove themselves. Not only is this card stacked from top to bottom, but it is ripe with opportunities to fill our pockets.

If you want more UFC 259 predictions, check out the entire DieHardMMA Podcast for this week’s massive UFC event.

The Fighters: Adesanya vs Blachowicz

Jan Blachowicz is the current King of the UFC Light-Heavyweight division, and he is stepping into the cage on Saturday as the underdog. This man has fought through the best of 185 and 205 in order to finally achieve his life’s ambition, and he did the damn thing. Blachowicz is an extremely well-rounded fighter with a scary sharp boxing game, hand speed, solid wrestling, and submissions. To top it all off, Jan has the experience to back him up. Generally, around the age of 38, you would see a fighter fall off, but at the higher weight classes these men age like fine wine and we see Blachowicz coming into his own at the stage of his career, where most of his classmates would be slipping. Blachowicz will look to put that legendary Polish power on display Saturday when he defends his strap against a fellow champion.

The Last Style Bender is in uncharted territory. The kickboxer turned MMA fighter has cleaned out his division and is looking to new heights to solidify his legacy, and he is turning to the 205-pound division. Adesanya lives up to his name of Style Bender with the way he fights. This man can do it all and he makes some of the best in-fight adjustments I have ever seen. It’s crazy to think that even moving up a full-weight class from 185 to 205, Adesanya finds himself the taller and longer man. Adesanya has one of the most brilliant MMA minds I have ever seen and his fight IQ is off the charts. If anybody can move up and derail the runaway train that is Jan Blachowicz, it is Adesanya.

The Match-Up: Adesanya vs Blachowicz

Israel Adesanya is an undefeated champion in the UFC. It is so rare for that to happen. The only other undefeated champion was Khabib and he has by all accounts hung up his gloves leaving Adesanya at the top of the mountain by himself. There is another exclusive club that Israel is trying to gain access to and that is the Champ Champ club. The ability to move from one division to another and be able to overcome the size difference and derail a championship-caliber opponent is something rare and special that we rarely see, but I believe that Israel Adesanya is one fighter who can shoulder the weight of a second UFC belt.

Jan Blachowicz is incredible and I have been backing him for the last several years. The man is routinely underestimated and priced as a fantastic underdog on the UFC odds board, and he simply continues to prove everybody wrong. That’s what makes my heart hurt about this breakdown. I am so used to going to the defense of Blachowicz and placing my money on him that finding a spot where I myself must count him out is not a place I like to be.

What we see when fighters move up a weight class in order to challenge for a second title they find success whereas when they move down in weight they fail. Look at Conor McGregor, Daniel Cormier, and George St Pierre. The smaller fighter generally holds a speed advantage and they allow their body to fight at its fullest potential without the draining weight cuts. This ends up being a boon rather than a hindrance and we have seen time and time again that speed kills. Blachowicz is the King of 205, but his resume isn’t anything to write home about. Luke Rockhold and Jacare Souza are both 185ers who moved up to 205 and failed to succeed. Corey Anderson is one of the least durable 205ers we have seen in a long time and he is now in Bellator. Dominick Reyes was a spectacular win, but that was the veteran savvy and experience that allowed Jan to show the kid the ropes.

UFC 259 Main Event Best Bet – Israel Adesanya (Inside the Distance) (+110 via Bet365): Blachowicz will find himself at a height and reach disadvantage on Saturday with his opponent not at all short on experience and a 7-year youth advantage. Adesanya is in his prime and even though Jan is doing incredible he is 38 and in a 5 round title fight that is something that cannot be ignored. Israel Adesanya will be elusive and beat Blachowicz to the punch with his counters and as long as he avoids a shot landing right on the button I believe he will finish Jan in the 3rd or 4th round of this fight. You can lay the chalk. You can parlay. But I think there is a very nice price on Israel Adesanya inside the distance at +110.