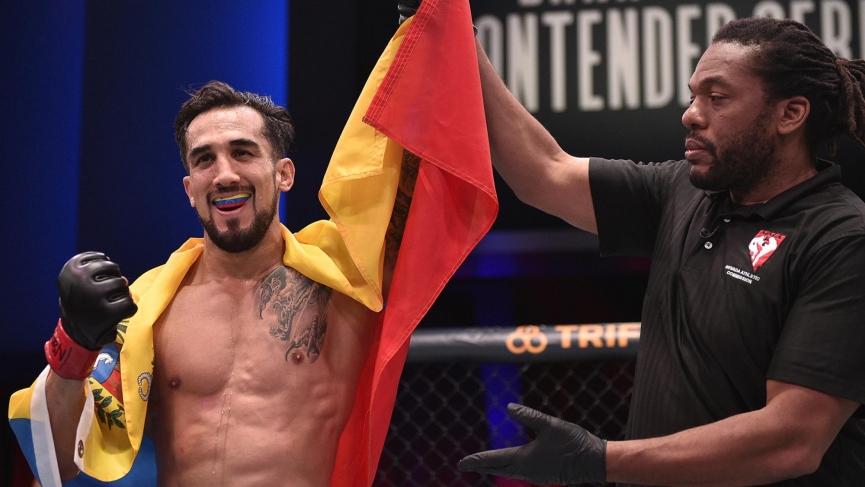 UFC Fight Island 4 was a wild night where we traded body blows with the bookies. We are looking for a bounce-back and UFC FIght Island 5 is a great opportunity with a lot of solid matchmaking. We have debuting UFC fighters and veteran warriors with some really great fights and some opportunities I think I like.

Giga Chikadze is a former professional Glory kickboxer with an impressive 44-6 record with 22 of those wins coming by way of knockout. Giga made the switch to MMA and had immediate success racking up a 5-1 run with all 5 coming by way of knockout. Giga then made the just to the Dana White’s Contender Series and was promptly submitted. After a couple more wins Giga got his opportunity on the big stage and is on a 3-0 UFC run.

Omar Morales is a Venezuelan fighter who also has a kickboxing base and has been an absolute wrecking machine. Morales is 10-0 and earned his UFC shot with a vicious TKO on the Dana White’s Contender Series and has kept that momentum going in the big show. Morales has yet to actually finish in the UFC but it is only a matter of time. Everything this man does is with raw power and he is extremely physically gifted.

I have simply been waiting for the opportunity to fade Giga since he made it to the UFC and I finally have it. This man came into the UFC with such fanfare and such hype and has been nothing but disappointing to me. I was wanting a spot where I could take a live dog against him, but he has had such favorable matchups that I haven’t been able to pull that trigger. Giga’s first 2 wins in the UFC were both very close very sketchy split decisions and if Jamall Emmers had grappled rather than striking I fully believe he would have won. Then Giga gets Irwin Rivera on short notice and even though Irwin is tough as nails he was simply too small and without a training camp and he still gave Giga fits that night.

Omar is a fighter who is used to fighting bigger and stronger foes and Giga will finally have somebody who matches him physically speaking in the UFC. There’s also a very simple numbers component to this bet. Over the course of their UFC careers (small sample I know), Giga has landed 3.31 significant strikes per minute while absorbing 2.89, so he is out-landing his opponents, but not in the way that you would expect a world-class kickboxer too. Giga also has a 65% take-down defense rating which is simply not enough for a struggling grappler. Morales lands 3.85 significant strikes per minute and absorbs 2.44, so he has higher output and is also stronger defensively. Oman has only shot for 1 takedown in the UFC but he landed it and has 5 of his 10 professional wins by submission.

Omar Morales is dropping from 155 to 145 where one would only assume he will have a greater physical advantage over his foes. Morales has been able to physically bully his opponents his entire career and if he is able to safely make the cut to 145 then I would fully expect him to be more effective. Omar will be able to stand toe to toe with Giga on the feet and when this fight gets going I believe he will be able to change levels and take it to the mat. Morales can grind Giga into oblivion or he can submit him, but he will most definitely have an advantage in that area. Morales can win this fight by KO, TKO, Submission, or Decision and is perfect as a mixed martial artist. Giga can only win this fight by decision and MAYBE by some kind of crazy knockout that I simply don’t see materializing. I feel the price is justified and I will take the better more well-rounded mixed martial artist.

The Pick: Omar Morales (-149) via WilliamHill