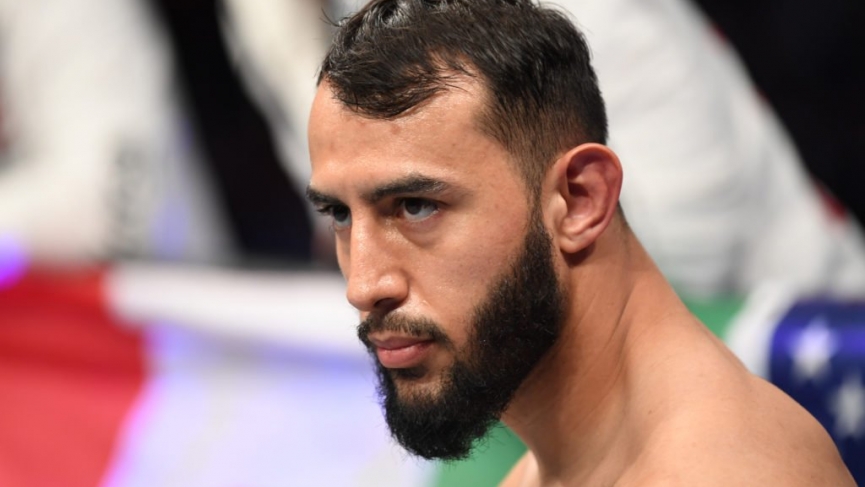 From a betting perspective, the biggest favorite on the UFC 253 card is bantamweight Jake Matthews at -750 against Diego Sanchez. I don’t see any value on Sanchez as the underdog in this fight.

Kai Kara-France looks to push his UFC record to 5-1 as he battles Brandon Royval on the main card. While Kara-France has looked great since signing with the UFC in 2019, I see value on Royval as the underdog.

Kara-France (21-8, NC) last competed at UFC Auckland where he picked up a unanimous decision victory over Tyson Nam. The 27-year-old has gone the distance in all of his UFC fights and will be looking for his first stoppage victory since April 2017.

Royval (11-4) is coming off an upset in his promotional debut back in May where he submitted Tim Elliott in the second round at UFC Fight Night. “Raw Dog” has won six of his last seven fights, with his lone setback against UFC bantamweight Casey Kenney, whom he lost to on short notice in a flyweight bout at LFA 53

While France has more experience in the Octagon, I think this is another case where Royal is being overlooked. The 28-year-old has a 5 inch height and 3.5 reach advantage over Kara-France in the matchup. Royval also comes from a great camp at Factory X where he has trained with UFC regulars Chris Gutierrez, Youssef Zalal and new addition to the team Alex Hernandez. I expect this fight to hit the judge’s scorecards with Royval getting the better of his opponent both with his wrestling and striking. For that reason, I see plenty of value on Royval as the +200 underdog via Bet365.

TUF 28 winner Juan Espino returns to the cage for the first time since Nov. 2018 when he battles former LFA heavyweight champion Jeff Hughes. I can understand why the American Top Team product is favored over Hughes, but there is a lot to like about the underdog in this matchup.

Espino (9-1) is coming off a first-round submission victory over Justin Fraizer at The Ultimate Fighter 28 Finale, which pushed his winning streak to seven straight. The 39-year-old hasn’t lost since a 9-second knockout to Bellator heavyweight Vitaly Minakov at S-70 Russian vs. Spain in April 2011.

Hughes (10-3) will be looking for his first UFC victory after dropping two of his three fights and going to a “No Contest” against Todd Duffee last September at UFC Vancouver. “Lights Out” hasn’t won a fight since knocking out Josh Appelt on Contender Series back in July 2018.

While Espino may be the better fighter on paper, his lack of activity and age concern me in this matchup. Hughes is due for a win and this will be the first fight where he’s had a proper training camp with plenty of notice. The 32-year-old was also a big part of heavyweight champion Stipe Miocic’s camp who defeated Daniel Cormier for the second time at UFC 252 last month.

At +230 (via WilliamHill), I see plenty of value with Hughes being much more active and seven years younger than his opponent. Expect Hughes to potentially earn the knockout or win a hard-fought decision over The Ultimate Fighter winner.

Dominick Reyes looks to avoid back-to-back losses for the first time in his career when he battles Jan Balchowicz for the vacant light heavyweight title left by Jon Jones. I don’t see value on Blachowicz as an underdog and here’s why.

Reyes (12-1) is coming off a close decision loss to Jon Jones at UFC 247 in February, where the majority of media members scored it for the Team Quest product. The 30-year-old has gone 6-1 in the Octagon, including notable victories over Jared Cannonier, Ovince Saint Preux, and former champion Chris Weidman.

Blachowicz (26-8) carries a three-fight win streak into this title fight, including a first-round TKO victory over Corey Anderson at UFC Rio Rancho back in February. The 37-year-old has won seven of his last eight fights, with his lone setback coming against Thiago Santos at UFC Prague back in February 2019.

I believe Reyes’ speed and being seven years younger than his opponent will play a big factor in this matchup. Look for Reyes to avoid any power shows from the Polish fighter and secure either a late finish or decision to pick up the 205-pound belt.