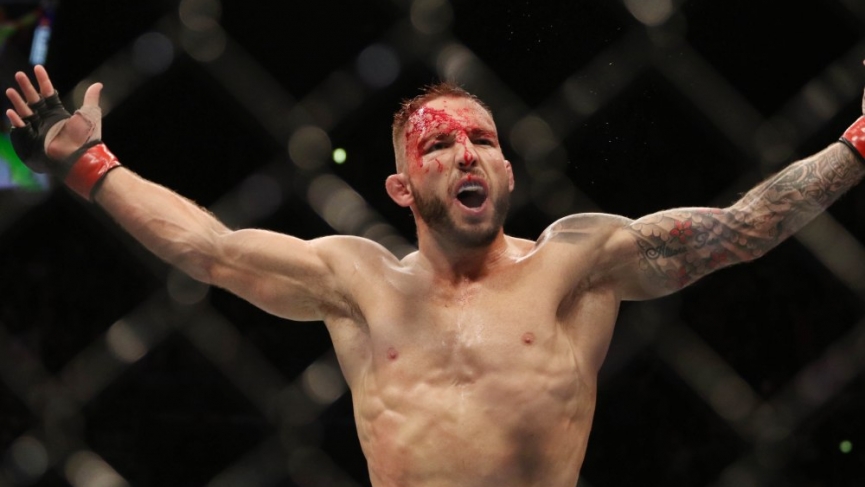 Odds.com’s UFC 253 Best Bet Parlay: We are on a 2-0 best bet parlay run for Odds articles! If it’s not broke, don’t fix it! We are going right back to the well with another 2 fighter parlay that I really like for Saturday’s UFC 253 pay per view card!

Both Brad Riddell and Alex Da Silva are exciting prospects for the UFC’s star-studded 155-pound division. Brad Riddell comes to us from City Kickboxing, one of the hottest gyms in the game right now, and is joining his teammates to take over UFC 253 with a vengeance. Brad brings excellent fight IQ, defensively sound striking, and intelligent takedown defense and get up game to the cage. Riddell is everything you are looking for in a fighter who is on the rise and I feel he is poised to be the next big thing at 155. Riddell joined the UFC by putting on a clinic against Jamie Mullarkey but was arguably supposed to lose his next fight against Magomed Mustafaev and managed to pull off a decision. Taking on Alex Da Silva is likely a step down in competition from his last fight and I believe he has everything he needs to take out the wild striker. Da Silva is deadly on the ground with his elbows, but I am not convinced that he can get this fight there much less keep it there. On the feel even though Riddell has much less professional experience he has Da Silva outgunned and I expect him to grind out a 15-minute win, or possibly get a KO.

I know I know… women’s MMA. There are few things in 2020 that have been more volatile betting-wise than women’s MMA. Outside of Amanda Nunes and Valentina Shevchenko there just seem to be no women fighters you can really trust. Sijara Eubanks is coming off of a huge win in her previous fight just 2 weeks ago and is looking to capitalize on her momentum with a quick turn around. Sarj is a hard-nosed fighter who has struggled with weight issues and seems to have figured that part of her game out. I have a concern though that throwing a wrench in like a 1-week turn around will poke some holes in her newly found weight cutting ability.

While Sarj will be battling the scale prior to the fight once she gets in the cage it will not be a cakewalk either. Ketlen Vieira is a monster who has some serious pop on her punches and high output. She is not afraid to stand in the pocket and trade with her opponents and Sarj is no knockout artist. Where Sijara Eubanks really seems to flourish is when she has a ground advantage over her opponent and that won’t be available to her here. Ketlen has an impressive 92% takedown defense rating and was able to handle the world-class grappler Sarah McMann on the mat and submit her and that was 3 years ago! I fully expect Vieira to dictate where this fight takes place and if that is the case I believe she will maul Sarj in this fight. Sarj has taken advantage of the holes in the grappling game of her opponents in her last few wins, but let’s see what happens when she is forced to stand for 15 minutes on a short turn around or worse yet finds herself on the bottom of a larger, younger, and meaner fighter.