Deiveson Figueiredo Odds on Favorite to successfully defend Flyweight gold twice in three weeks: At UFC 255, Deiveso Figueiredo (20-1) made his first UFC flyweight title defense when he submitted Alex Perez in the first round to win his fifth straight fight. On the preliminary card of the same event, Brandon Moreno (18-5-1) finished Brandon Royval in the first round with strikes to improve his unbeaten streak to five straight fights. Just three weeks later and the top two flyweights in the sport today meet when Figueiredo and Moreno clash in the main event of UFC 256 on December 12, breaking the record for the fastest turnaround for a UFC title fight ever.

The oddsmakers opened up the line the day after UFC 255 with Figueiredo as a -275 betting favorite and Moreno as a +235 betting underdog. The odds have been out for just over a week and have mostly held steady, indicating a solid opening line from the bookies. I believe the odds are correct as Figueiredo deserves to be a strong favorite. With the fight quickly coming up next Saturday night in Las Vegas, it’s time to look ahead at the next UFC flyweight championship fight. Below are three reasons why I believe Figueiredo will defeat Moreno at UFC 256. 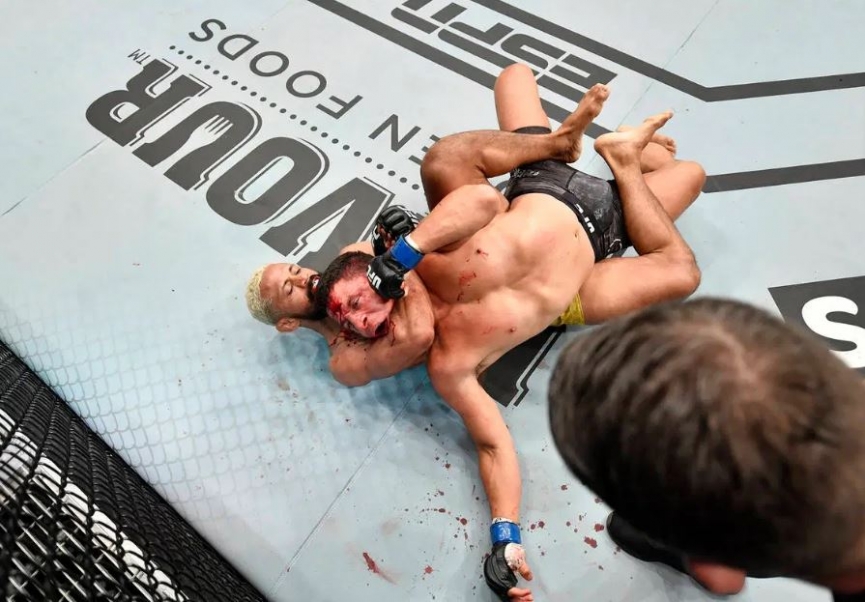 Figueiredo Is The Most Dangerous Flyweight in MMA

There is no question that Figueiredo is the most violent and dangerous fighter at 125lbs on planet Earth right now, period. At age 32, the Brazilian is right in his prime and it shows. Figueiredo has finished his last four fights: the submission over Perez, a quick stoppage over Tim Elliott, and two devastating wins over Joseph Benavidez. In fact, Figueiredo has won 17 of his 20 career victories by stoppage. That’s an absurd finishing rate for a flyweight. To give credit to Moreno, he has finished 13 of his 18 wins. This is a fight that is scheduled for five rounds, but I can’t see it going the distance. Although I like Moreno and believe he may hang on longer than some of Figueiredo’s last few opponents, 25 minutes is an eternity for a finisher like the champ. 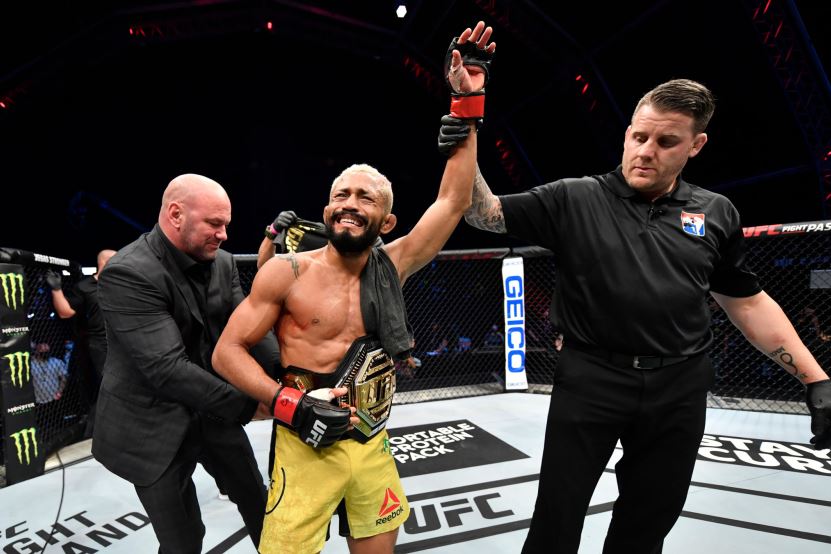 For Moreno, this is the first championship fight of his UFC career. For Figueiredo, it’s the fourth straight fight where he’s trained for a full, 25-minute war. Of course, Figueiredo didn’t need the full five rounds once he stepped into the Octagon, as he finished Perez and Benavidez in the first or second rounds in all three of those fights. They were all title fights, and the mentality is different when fighting for gold. There’s also a big difference between fighting and training for three-round UFC fights and five-round UFC fights. I don’t deny that Moreno has solid cardio, and of the two fighters, he’s the only one who’s actually fought the full five rounds in the UFC against Sergio Pettis. But Figueiredo has been training all year to go 25 minutes and I think he will have a solid gas tank if this fight against Moreno goes that late. I don’t think it does, though. 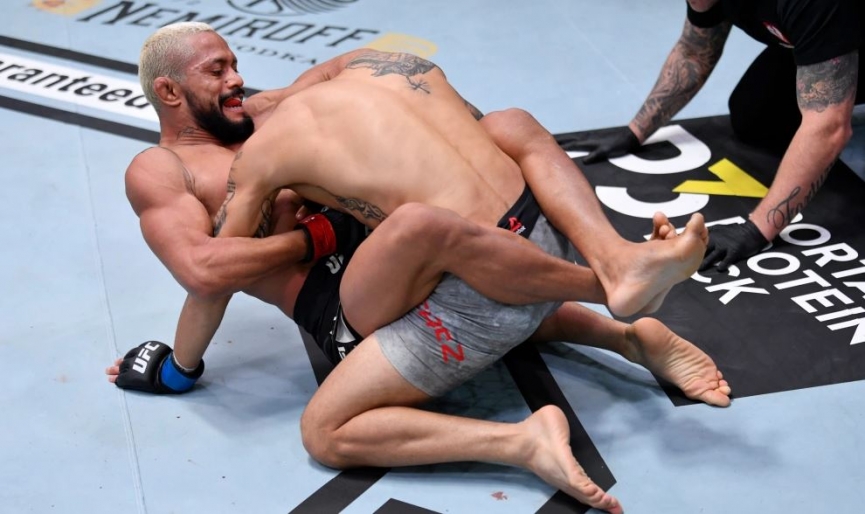 Figueiredo Has More Paths To Victory

Figueiredo also has more paths to victory in this matchup against Moreno. On the feet, Figueiredo has more pure KO power, and of the two, he is far more likely to win the fight by knockout. If you look at Moreno’s record, he has three career wins by TKO, but they were of the ground-and-pound variety while Figueiredo is dropping his opponents on the feet. Both men are dangerous on the ground, but Figueiredo seems to be more explosive on the mat, especially in the first few rounds. Out of his nine wins in the UFC, Figueiredo has finished seven of his opponents by stoppage, while Moreno has finished just three of his six UFC victories. That leads me to believe that Figueiredo is the more dangerous fighter, having proven it against elite competition. I also think that if the fight goes the distance that Figueiredo can win on points, too, though highly doubt goes that long. Overall, I think Figueiredo has more ways to defeat Moreno.

I’m expecting an excellent fight between Figueiredo and Moreno. Both men have been performing at a high level as of late and it was only a matter of time until we saw this matchup get booked. Moreno is a great fighter and he deserves this title shot, but it’s nearly impossible to bet against the champ now. This should be a fun fight, but I think Figueiredo gets another finish.

Keep it locked to Odds.com for all of your UFC betting needs. The best current odds and content can be found on our UFC page. All UFC Odds via WilliamHill (Updated 12/5, 10:00 PM EST)

The Main Event for UFC 256 was originally to be UFC Bantamweight Champion Petr Yan defending against the long deserving contender Aljamain Sterling. However, due to visa and travel restrictions related to COVID, Petr Yan was forced to pull out of the event.

Subsequently, Deiveson Figueiredo will make UFC history to be the first UFC champion to defend his title in less than a month’s time, as he takes on Mexican flyweight top contender Brandon Moreno. 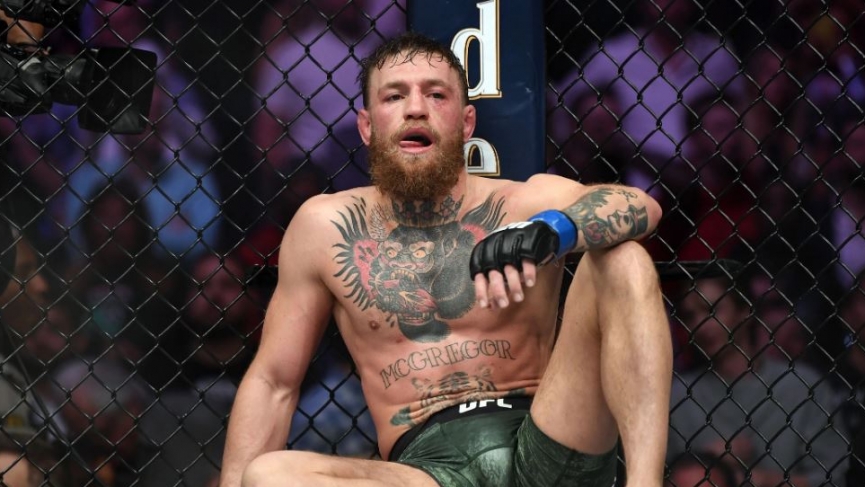