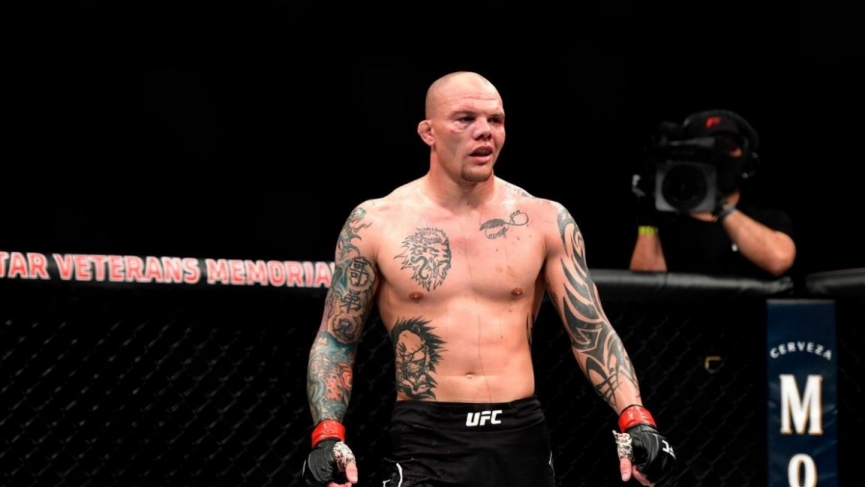 Anthony Smith vs Devin Clark Pick – UFC Vegas 15: We lost a good one. UFC Vegas Main Event was supposed to be Curtis Blaydes vs Derrick Lewis in a heavyweight battle of ranked contenders. A positive COVID test pulled that fight from Saturday’s event, and it has been moved to a later date. Thankfully, a lesser battle between Anthony Smith and Devin Clark has been upgraded to the penultimate fight, which will be five rounds.

Anthony Smith has had a rough 2020. Going from challenging for the title against Jon Jones in 2019 to a home invasion and now a two-fight losing skid, Smith is in a tailspin. Smith has been fighting the elite of the 205 division and has had several fights on short notice, but the fan base could not be lower on him than they are right now.

Smith is called “Lionheart” for a good reason. He takes a ridiculous amount of damage and simply does not give in to his opponents’ will. You can never count Anthony Smith out of a fight, and he has a nasty habit of turning up late as his opponents fade. Smith is an extremely high-level BJJ blackbelt, he has a wealth of experience, and his striking is coming along as well. Even if he is on a rough skid, Smith is not a fighter who you can simply overlook.

“Brown Bear” Devin Clark is a hard-nosed wrestler who is athletic and explosive. Coming off a BIG win over Alonzo Menifield, Devin Clark is looking to step into the ring of contenders at 205 for the first time in his career. Clark trains at Jackson’s MMA and is a regular training partner for Jon Jones, and many feel that will give him the edge in this fight. Clark has shown durability and toughness but relies on his grappling to dominate his opponents for a full 15 minutes.

If you have followed me for any time at all, you know I simply don’t like Devin Clark and look to bet against him any time I can. The man is skilled enough but belongs at 185 rather than 205, and I believe that will eventually catch up with him. Clark lands 2.76 takedowns per 15-minute fight and hits his attempts at a 36% accuracy. Those are numbers that I cannot hate on. I can hate on the level of competition that Clark has faced so far in the UFC. In the last two years, Clark has fought and defeated Mike Rodriguez, Darko Stosic, Dequan Townsend, and most recently, Alonzo Menifiield at UFC 250. Darko and Dequan have been let go from the organization, and Mike may not be too far behind. While the win over Alonzo was a good one, he barely survived that fight, and he was the perfect stylistic matchup for a fighter who can’t wrestle well and gasses after 5 minutes.

You cannot compare the fighters who these two men have faced in any capacity. Smith took his most recent fight against Aleksandar Rakic on short notice after the brutal beating he absorbed from Teixeira. Honestly, he wasn’t right in the head yet for that fight. When you look at these two from a skills perspective, I feel that Anthony Smith is the much better fighter and just a few short months ago was a -225 favorite over Glover, who may have earned the next crack at the strap!

Now he is just a -138 over Devin Clark, who is nowhere near the level of any of Smith’s last four opponents? This is a perfect “buy-low” spot on Smith, and if this fight had happened just six months ago, he would be -350. It may be scary, but I will take this spot on Smith.

What is the main event for UFC Vegas 15?

A heavyweight bout between Curtis Blaydes and Derrick Lewis was supposed to be the main event for UFC Vegas 15, but Blaydes tested positive for COVID-19 the day before the fight.

The bout between Light-Heavyweights Devin Clark and Anthony Smith has been upgraded to now being a five-round main-event.

What times does UFC Vegas 15 start?