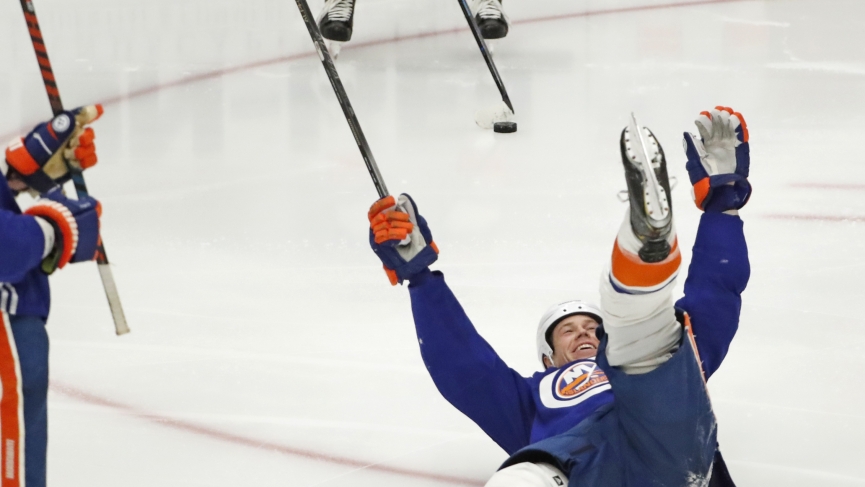 Let’s take a look at my Jets vs Flames pick, Islanders vs Panthers prediction, and the rest of my best bets for today as the NHL resumes this weekend. I’m about to unveil my NHL Series value menu providing my top value plays at reasonable prices.

Winnipeg Jets Should Soar Over Calgary 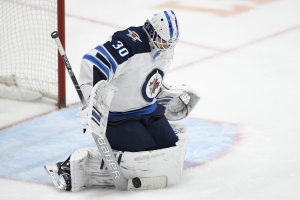 There is a lot to like with the Jets who have the potential to soar to great heights here in the postseason. Winnipeg’s forward group features four depth laden, potent lines that are all capable of finding the scoresheet. They have a talented top-six forward group and the return from injury of Adam Lowry and Matthieu Perreault bolster the bottom six in a major way. The defense was the concern entering the season after losing so many key pieces in the offseason but head coach Paul Maurice got the most out of the group and goaltender Connor Hellebuyck was one of the best goalies in the league this season earning him a Vezina trophy nomination. Hellebuyck’s 2.57 GAA and .922 save percentage this season is superior to the two Calgary goalies David Rittich and Cam Talbot who split time during the season.

Calgary’s top players have struggled with consistency, in particular, Johnny Gaudreau and Sean Monahan who are enduring up and down seasons by their standards. The absence of Travis Hamonic on the Flames blueline for this series after he opted out of playing due to COVID-19 leaves Calgary without arguably their best stay at home shutdown defenseman against a very deep and prolific Winnipeg offensive attack.

The one area of concern for the Jets is the very young and inexperienced blue line that played better as the season progressed which is a credit to head coach Paul Maurice but it’s a blue line that hasn’t played in a lot of postseason games. That being said, Winnipeg has more firepower up front and I definitely must give them the edge in net and that could be enough to fuel the Jets to win this series. The Flames looked soft in their ugly first-round exit against the Colorado Avalanche last season and they really had a problem with the overall depth, skill, and speed of the Avs. The Jets can provide those same two elements in this series to once again test Calgary’s defensive ability.

Bet Against Barry Trotz In The Postseason At Your Own Risk

The New York Islanders swept the Pittsburgh Penguins in the first round last year before falling to the Carolina Hurricanes in the second round but this Islanders squad enters this play-in series against the Florida Panthers with a full healthy blue line which is the strength of their team. Florida can score goals in bunches but the NY Islanders play very disciplined, tight-checking hockey and that style of play could easily frustrate the up and down, freewheeling hockey the Florida Panthers like the most.

Florida has a very suspect and thin defense compared to the NY Islanders and goaltender Sergei Bobrovsky has been below average in his first season with the Panthers after signing a massive contract in the offseason and it didn’t help his case that he struggled yet again in a terrible 5-0 loss to the Tampa Bay Lightning in the team’s exhibition game earlier this week. New York has trouble getting consistent offense and relies on their top-six forwards like Matthew Barzal, Jordan Eberle, Anders Lee, and Anthony Beauvillier for their production.

The acquisition of Jean Gabriel-Pageau from the Ottawa Senators at the deadline was a great move for this team providing them not only more offensive depth but a strong two way forward who is also strong away from the puck. Pageau is also an elite penalty killer and often a threat to score shorthanded. I’ll happily side with the team with the better defense and a head coach in Barry Trotz who knows how to navigate his way through the Stanley Cup Playoffs.

The Rangers Can Survive This Hurricane! 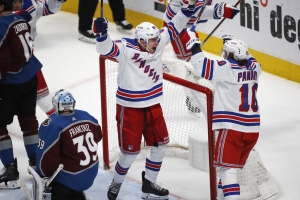 The New York Rangers had a Top 5 offense in the NHL averaging 3.3 goals per game this season and that group will be strengthened by a healthy Chris Kreider (45 points in 63 games played) returning to the lineup following a foot injury which sidelined him prior to the break. The defense struggled but for the first time, all-season the Rangers were finally getting some saves from their goaltender with the emergence of Igor Shesterkin. Their goalie of the future who went 10-2 as a starting goalie for the Blueshirts with an impressive 2.52 GAA and .932 save percentage.

Carolina has some really strong advanced stats which always seem to attract mathematical and analytic centric bettors but the Hurricanes have more question marks in net with their top two goalies Petr Mrazek and James Reimer who both are coming off injuries that kept them out of action prior to the pandemic.

It will be an even longer layoff for both Carolina’s goalies and an even tougher task for them to get back into rhythm. The Canes will also be without two important starting defensemen with Brett Pesce and Dougie Hamilton out of action. Carolina has not matched up well in recent seasons with New York. The Rangers have owned this series going 41-14 in the last 55 meetings but more importantly, New York is a perfect 4-0 this season head-to-head against Carolina. The Rangers are my choice as a team that could not only knock off the Hurricanes but can potentially win a series or two as well.