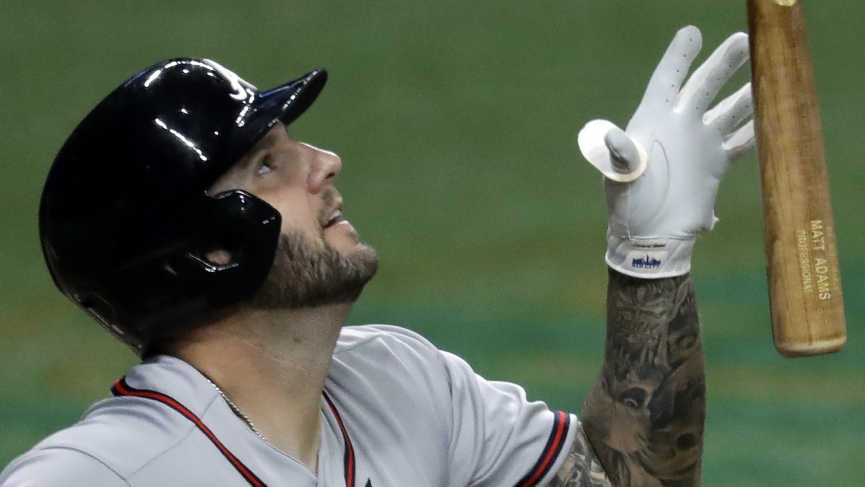 Before talking about Tuesday’s MLB opener predictions for the money line, run line and Over/Under, a reminder that the Miami Marlins, Philadelphia Phillies, and New York Yankees remain uncertain to play any games in the near future.

The Rays are tied for second with a .378 wOBA versus right-handers so far, which swelled after they butchered Atlanta’s Mike Foltynewicz on Monday. Wright posted an 8.69 ERA across seven appearances for Atlanta last year.

Their successful platoon strategy should give them breathing room of two or more runs against the shaky back end of the Braves rotation, and with one of Major League Baseball’s best bullpens, Tampa Bay has the clout to hang onto multiple-run advantages.

Luckily, many sportsbooks have been slow to recognize Tampa Bay’s potential this season.

Both hittable right-handers make their season debuts — and they get to make them at the new Globe Life Field. While the average run total from the three-game opening series at GLF was 4.3, the Rangers’ new home is expected to play more toward hitting in a larger sample size. 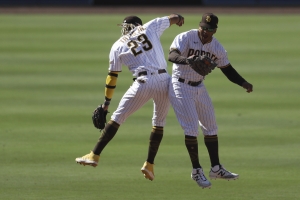 Arizona added Starling Marte (.295/.342/.503 with 23 homers and 25 steals in 2019) and Kole Calhoun (33 homers last year) to solidify the lineup, and Texas can make do for offense in Arlington regardless of what combos they field — though it never hurts to have Joey Gallo face a righty hurler who struck out just 6.9 righty hitters per nine innings last year.

The Over/Under is scraping a bettor’s comfortable ceiling a bit, but because these two bullpens have so much uncertainty — Arizona closer Archie Bradley just blew a save, and Texas closer Jose Leclerc walks everyone — each lineup should have plenty of chances to pack the bases.

This pair of two-game interleague series starts Tuesday. Here’s a DraftKings Sportsbook pick for Tuesday and a look ahead to Wednesday’s second leg for each.

Between Gerrit Cole’s departure to the New York Yankees this past offseason and Justin Verlander’s recently announced forearm strain that will cost him at least a few weeks of the 2020 season, Houston’s rotation depth has taken a major hit. That’ll be exploited when Houston hosts another one of MLB’s best lineups.

May’s flawed yet promising season debut in the rotation probably will continue tilting action in LA’s favor Wednesday, but that situation is much better for Houston than Tuesday’s draw of Buehler. Depending on how achievable it is, consider the Over on Wednesday’s May-Javier matchup; the Dodgers will have to carry the weight with Buehler on the mound in the first dance, but the second contest has more breathing room for Houston to do its part for the total.

Tuesday play: I like the Dodgers’ run line of -1.5 (+112). Valdez is too raw to hold his own against this deep lineup, and Houston’s typically great batters should stumble just enough versus the seasoned Buehler.

Anytime the Rockies leave Coors Field, the books’ confidence in them (rightfully) dips, though at least they get to add a designated hitter everywhere this year. They would’ve gotten one during a trip to Oakland anyway, but visiting this expansive pitcher’s park will shred any optimism about runs being scored. 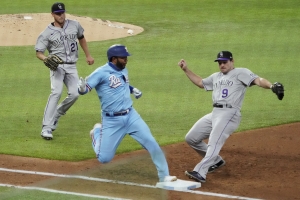 That’s more accurate for the second matchup of this series between Marquez, who typically thrives away from Coors Field (3.25 road ERA since the start of 2018), and Montas, whose 2019 breakout was halted by a PED suspension but clearly signaled a bright future as the A’s ace.

Those betting the Over/Under would be wiser to focus on Tuesday’s Senzatela-Mengden clash, but see if Wednesday’s Moneyline and Run Line tip the scales in Marquez’s favor; take +110 or higher on Colorado with the road warrior on the bump.

Tuesday play: Go with the Oakland run line of -1.5 (+117). Senzatela theoretically should enjoy a trip away from Mile High, but his career ERA on the road is still a horrific 5.18.