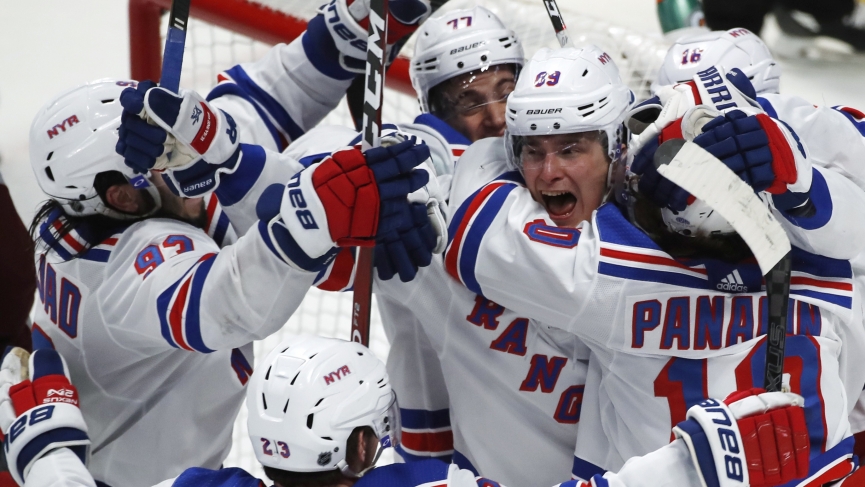 The NHL is set to resume on Saturday, August 1st as the puck drops on the best of five play-in series matchups and the 8 team round robin featuring the top four seeds in each conference. There are good bets to be made right now and I will list a couple of the wagers that I have already locked in for the upcoming NHL return to play. Let’s take a look at my Winnipeg Jets pick and NY Rangers best bet.

The Winnipeg Jets are among one of the best value plays out there on the NHL futures board currently sitting in the 40-to-1 range at +4000 to win the Stanley Cup and also as a slight play-in series underdog around +105 against the Calgary Flames. There is a lot to like with the Jets who have the potential to soar to great heights here in the postseason. Winnipeg’s forward group features four depth laden, potent lines that are all capable of finding the scoresheet. They have a talented top-six forward group and the return from injury of Adam Lowry and Matthieu Perreault bolster the bottom six in a major way.

The defense was the concern entering the season after losing so many key pieces in the offseason but head coach Paul Maurice got the most out of the group and goaltender Connor Hellebuyck was one of the best goalies in the league this season earning him a Vezina trophy nomination. Hellebuyck’s 2.57 GAA and .922 save percentage this season is superior to the two Calgary goalies David Rittich and Cam Talbot who split time during the season.

Calgary’s top players have struggled with consistency, in particular, Johnny Gaudreau and Sean Monahan who are enduring up and down seasons by their standards. The absence of Travis Hamonic on the Flames blueline for this series after he opted out of playing due to COVID-19 leaves Calgary without arguably their best stay at home shutdown defenseman against a very deep and prolific Winnipeg offensive attack.

New York’s COVID-19 comeback could translate to the ice

Don’t call it a comeback! New York was ravaged by the Coronavirus in March and April but has made a significant comeback in recent weeks. The New York Rangers could follow a similar path from a sports perspective. New York’s season was left for dead prior to the hiatus as they were on the outside looking in of the Eastern Conference playoff race and on pace to finish out of the playoffs.

However, the expanded 24 team playoff format the NHL introduced for the return to play has given the New York Rangers a second life and they will try to make the most of the opportunity as they get ready to face the Carolina Hurricanes in a play-in series. The Rangers were at their best prior to the pause in the season going 11-6 in 17 games prior to the COVID-19 shutdown. 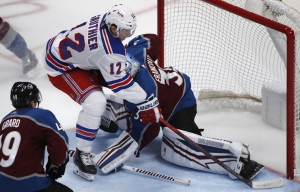 New York had a Top 5 offense in the NHL averaging 3.3 goals per game this season and that group will be strengthened by a healthy Chris Kreider (45 points in 63 games played) returning to the lineup following a foot injury which sidelined him prior to the break. The defense struggled but for the first time, all-season the Rangers were finally getting some saves from their goaltender with the emergence of Igor Shesterkin their goalie of the future who went 10-2 as a starting goalie for the Blueshirts with an impressive 2.52 GAA and .932 save percentage.

Carolina has some really strong advanced stats which always seem to attract mathematical and analytic centric bettors but the Hurricanes have more question marks in net with their top two goalies Petr Mrazek and James Reimer who both are coming off injuries that kept them out of action prior to the pandemic. It will be an even longer layoff for both Carolina’s goalies and an even tougher task for them to get back into rhythm.

There is some good news for the Hurricanes is that Dougie Hamilton is back from injury one of the top defensemen on the team. However, Carolina has not matched up well in recent seasons with New York. The Rangers have owned this series going 41-14 in the last 55 meetings but more importantly, New York is a perfect 4-0 this season head-to-head against Carolina. The Rangers are my choice as a team that could not only knock off the Hurricanes but to potentially win a series or two as well.

On a final note, I have not bet any individual NHL games yet and I suggest not doing so right now. Player absences due to injuries, personal matters, and of course COVID-19 may drastically alter the lineup for any of these teams prior to the August 1st restart. Coaches have been instructed by the NHL to refrain from commenting publicly on player absences of any kind making it much more difficult to obtain player status information. My advice is to wait until much closer to that date and do your best to stay on top of all player absences before locking up your money.