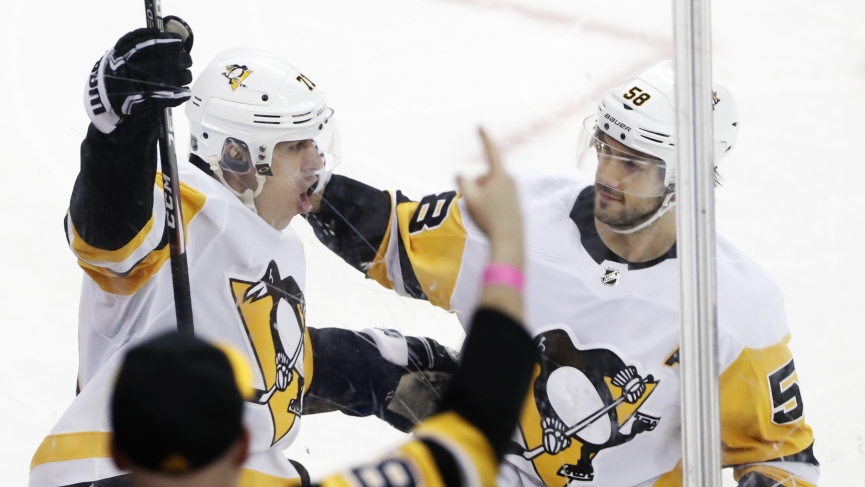 Continuing my “fact” or “fiction” NHL Odds series where I examine betting markets when it comes to NHL Stanley Cup futures value with particular teams, I investigate the Pittsburgh Penguins who are currently priced at around +1600 to win it all.

The Pittsburgh Penguins have put themselves in a position to make the playoffs no thanks to an ongoing war of attrition due to injuries they’ve had to battle their way through. A lot of credit should go to head coach Mike Sullivan for pushing the right buttons and getting instant impact contributions from a variety of sources and AHL call-ups to help plug the holes left by several key injuries endured throughout the season.

Pittsburgh Penguins captain Sidney Crosby, Evgeni Malkin, Patric Hornqvist have all missed time upfront while defensemen Kris Letang, Brian Dumoulin, and Justin Schultz have all been out with injuries at various parts of the season. Jake Guentzel one of their most impactful forwards remained out due to injury as well. In spite of all the injuries incurred, the Penguins are currently 3rd in the extremely loaded Metro Division and in a playoff spot. Pittsburgh has the 3rd most man games lost to injury in the NHL this season and they are ranked 1st in terms of the biggest impact of injuries (measured by average time on ice for injured players) suffered by any team in the NHL as of the time of the regular season being stopped.

Full strength in numbers, not in performance

The Penguins have to be one of the most confusing teams to figure out to bet on this NHL season. Pittsburgh’s best run during the regular season came before the start of March which is when they were at their most shorthanded due to all of their injuries including the absence of Sidney Crosby. The Penguins saw the likes of Zach Aston-Reese, Teddy Blueger, Sam Lafferty, John Marino and so many other players who played in the AHL at one time step up and produce when they were inserted into the lineup because of all the injuries. 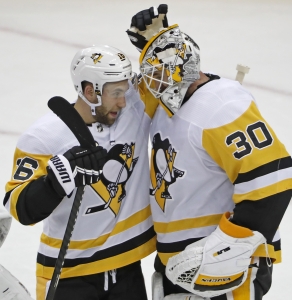 Yet the Penguins recently got Sidney Crosby, Kris Letang, and Brian Dumoulin back and their performance and results actually declined. Pittsburgh GM Jim Rutherford made a few moves at the trade deadline acquiring Patrick Marleau, Conor Sheary, and Jason Zucker in what was expected to make the Penguins one of the most dynamic and feared forward groups in the NHL. However, the results for Pittsburgh have been awful since the trade deadline. The Penguins scuffled in the weeks leading into the COVID-19 hiatus as they went 3-8 in their last 11 games prior to the league shutdown even though that was supposed to be their strongest roster of this entire season on paper.

I think the reality of the current Pittsburgh Penguins is greater than their past reputation as an elite NHL franchise for the last decade when it comes to evaluating the chances for a Stanley Cup should this season be completed. This is a franchise that has won multiple Stanley Cups with Sidney Crosby and Evgeni Malkin leading the way but this doesn’t appear to be quite that same Penguins group.

Pittsburgh has sputtered and completely misfired since they got everyone back and added to the team at the deadline. Pittsburgh’s offense in mystifying fashion was held to 2 goals or less in 6 of their last 10 games and the sturdy defensive play that carried them to victories while they were riddled with injuries declined as the Penguins surrendered an alarming 3+ goals in 8 of the games during their 3-8 skid coinciding with inconsistent play from both of their goalies Matt Murray and Tristan Jarry.

Maybe the Pittsburgh Penguins would have found a way to get some cohesion back in their team game and play better in the latter part of the regular season had the season not been stopped but there was not much evidence of that going in. If the Stanley Cup Playoffs started the day after the season was stopped, the Penguins would have played the Philadelphia Flyers in the first round in a keystone state rivalry battle. I would have given the upper hand to the Flyers in that series who were playing terrific and complete hockey at both ends of the ice prior to the league shut down.

There is a chance this Pittsburgh team would have been out in the first round in a repeat of last season when they got ousted by the New York Islanders. I recommend putting these Penguins back in their igloos for another season which will not bring them their 4th Stanley Cup since 2009.