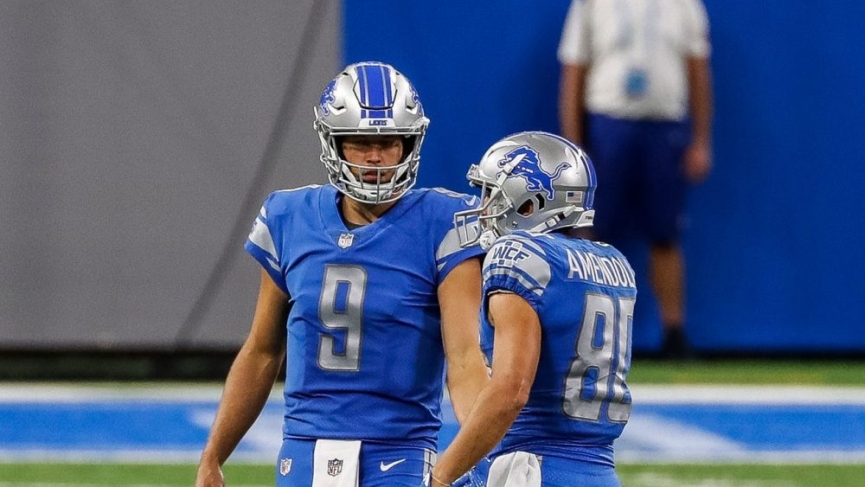 Both teams come in with identical sub-par records, going 1-2 both straight-up and against-the-spread. New Orleans has faced a couple of tough clubs in the early going. Last week the Saints lost 37-30 at home to a red hot Green Bay team.

The Lions on the other hand, not only managed to cover last week in Arizona, but it won outright 26-23. The Lions squandered two double-digit leads over their first two games, but they played solid defense down the stretch to avoid the 0-3 start. While Detroit managed to get the better of Arizona, expect it to have its hands full here with this Saints team now desperate to break a two-game slide.

The Saints will feel right at home playing at Ford Field this Sunday. QB Drew Brees will look to build off a solid offensive performance last week. Brees directs an attack which is 12th in the NFL in passing yards (258.7). Overall the Saints are averaging 29.3 PPG over their first three games, which surprisingly ranks them eighth. Brees has been great though with a 6:1 TD: INT, while RB Alvin Kamara has 153 rushing yards and three TD’s, along with 285 receiving yards and three more major scores. Interestingly the defense is 27th in points allowed (31.3), but ranked tenth overall in conceding 352 YPG. Malcolm Jenkins has been a stand-out in the early going defensively with 14 solo tackles and 22 tackles overall.

The Lions have been terrible defensively as well this year, ranked 28th overall by allowing 409.3 YPG to their opponents. Detroit is ranked 25th in the NFL in points allowed per game (30.7). QB Matthew Stafford has been a bright spot on the offensive end, throwing for 811 yards, six TDs, and two INTs. Of major concern for Stafford though is his shaky offensive line, which has already allowed nine sacks. RB Adrian Peterson has 209 yards. The offense hasn’t been spectacular, so far averaging just 23.3 PPG.

The Side Pick (Saints -4): The Saints are only 1-2, but they have a favorable schedule coming up which could easily see them back in contention for the division lead when it’s over. After this game in Detroit, New Orleans has the Chargers and Carolina at home, before a tough two-game road-trip in Chicago and Tampa Bay.

Off their first big win of the year on the road, not only does this set up as a natural letdown spot for the home side, but they also get caught looking ahead with its bye-week next weekend, followed by two favorable road matchups at Jacksonville and Atlanta.

Neither team wants to fall to 1-3, but expectations are much bigger in New Orleans. The Saints were once again one of the favorites in the NFC, so for all intents and purposes, this game in Detroit on Sunday has become an early must-win contest for Brees and the Saints. It’s important to note that Detroit is 0-5 straight-up in its last five at home, and just 2-5 ATS in its last seven in friendly confines, while New Orleans is 7-1 ATS in its last eight on the road and 6-2 ATS in its last eight in this series overall.

The Total Pick (UNDER 54): This is a pivotal week for both teams, as another loss will see their odds of even making the playoffs rise considerably. Scoring is up around the NFL in the early going and these two team’s defenses have been big contributors to that trend. The bookmakers are adjusting, as Week 4 sees some of the highest posted totals of the season so far and in my opinion, this one is a little too large.

Many believed that it would be the offenses that were affected the most from the limited practice time coming into the season, but for these two teams, it’s been the defenses. However, after three weeks to make adjustments, expect a much-improved effort here in Week 4. In fact, the Lions looked great last week defensively vs. a dangerous offense in the Cardinals and there’s no reason not to think they won’t bring that same intensity here.

Brees is firing on all cylinders for New Orleans, but if the Saints can’t get their defensive issues fixed quickly, then clearly they’re going to be in trouble. Finally, note that the total has in fact gone under in four of these teams last six in this series in Detroit.

The best current price on the Saints ATS is at -4 via DraftKings, while the best value on the total is at 54.5 via BetMGM