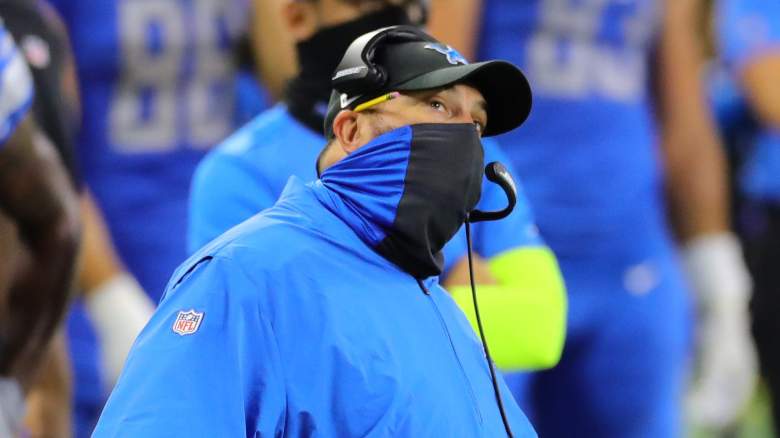 How They Got Here, Where They’re Going

Green Bay and Chicago are 2-0 and lead the NFC North. Detroit and Minnesota are 0-2. We’ve barely got underway and the Lions are already in trouble. And with a game at home vs. the Saints next weekend, the road ahead certainly isn’t going to get easier. Before the season started, I’m sure the Lions had this Arizona game circled as a winnable one, but the Cardinals come in with considerable momentum after a 24-20 Week 1 road upset in San Francisco as 7-point underdogs, before a relatively simple 30-15 straight-up/against the spread win at home over the Washington Football Team. Arizona will hit the road for three straight after this, starting in Carolina, followed by the Jets and at Dallas.

The Lions lost 42-21 in Green Bay last weekend. Detroit had an 11-point lead, but the Lions were unable to keep pace with the home side down the stretch. The Detroit defense was decent against Aaron Rodgers though, allowing him to go just 18 of 30 for 240 yards and two TDs.

The Lions had a 17-point lead over the Bears in Week 1 as well, before then collapsing in the fourth quarter. In fact, Detroit is now the first team in NFL history to blow double-digit leads and lose four straight games. The lowly Lions come to town starving for a victory here, as dating back to last season they’ve now lost 11 straight, their longest slide since dropping 19 in a row from 2007-2009.

Kyler Murray and the Cardinals look great. Murray had 286 yards and a major score through the air last weekend and he also had two more rushing TDs of 14 and 21 yards. DeAndre Hopkins had 68 yards and a TD as well.

The Cardinals have looked good on defense in the early going, but both the 49ers and the Washington Football Team are going through injury and other issues on the offensive side of the ball. For the first time this season though, the Cardinals secondary is going to have a real test in trying to slow down Matthew Stafford and this desperate visiting side.

Last week the Lions were without Kenny Golladay and he’s listed as questionable. Despite that though, I think that Detroit will at the very least keep this one close enough to comfortably sneak in through the back door down the stretch with the spread it’s been afforded here.

Arizona RB DJ Foster left in the first quarter in last week’s win with a quad injury and he’s listed as questionable in Week 3.

Clearly it would be a little easier to write a convincing argument for the Cardinals in this matchup, as they enter on fire across the board. However, as primarily a situational handicapper, these are the types of contests that I always keep my eyes open for.

If Detroit opens the season 0-3, then it’ll may as well start its rebuilding plans for next year. The odds of even making the playoffs after starting 0-3 are immense. Drew Brees and the Saints are on deck next, so it’s a do or die for the Lions this weekend in my estimation.

As mentioned above I think the Cards’ secondary is going to have its hands full with this pass-heavy Lions’ offense. I also believe this sets up as a bit of a natural mental letdown spot for the Cardinals. Winning can breed complacency, but with two straight very winnable games on the road up next, I think Arizona could be caught looking ahead here as well. My play is on the Lions and the points in this one. The best price on the Lions is currently at +6 (-110) via FoxBet

Two of these team’s last three in the series have gone over the number and I think this year’s contest also sets up as more of a higher-scoring affair.

To correlate along with my situational play on the Lions (to cover the spread), Stafford will clearly have to put this team on his back. After 11 straight losses, it will be up to Stafford to get his team off the schneid.

Additionally, note that Arizona has seen the total go over the number in 12 of its last 16 in this series at home, while Detroit has seen the total eclipse the posted number in four of its last five overall, dating back to last season, and in eight of its last 11 after allowing 40 or more points in a loss in its previous outing. My play is the OVER in this one. The best current price on the Over is at 54.5 (-110) via PointsBet