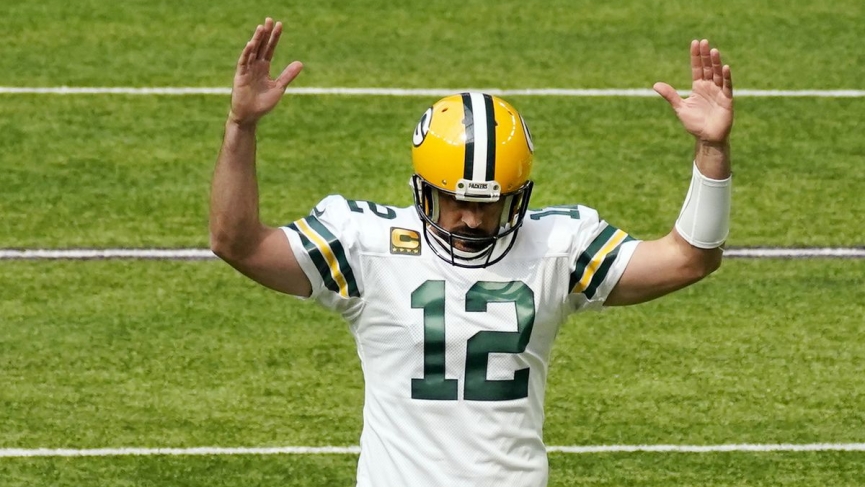 Odds.com’s Green Bay Packers vs New Orleans Saints Pick for NFL Week 3: Aaron Rodgers and the Packers have gone 1-5 ATS in their last 6 against the Saints. Meanwhile, the last eight times these two future hall of fame quarterbacks have met, the Over has gone 7-1. It’s a Sunday Night Football match-up between two teams headed in different directions. Packers/Saints Week 3 SNF.

The Green Bay Packers are heading into New Orleans to take on the Saints on Sunday Night Football. The Packers come into this game in 1st place in the NFC North at 2-0. The Saints also sit in 1st place in their division, the NFC South, but with a 1-1 record. Aaron Rodgers is 2-2 in his career when going up against Drew Brees head-to-head, but the two players haven’t faced off against each other since 2014. This is a big game for both QB’s as whoever comes out on top will have a career edge over the other, this is sure to be an exciting game.

Heating Up in Green Bay

Green Bay has had a phenomenal start to the season going undefeated in the first two games with an offense that is off the charts right now. The Packers are leading the league in points for right now scoring 85 in just 2 games averaging 42.5 PPG. They are also at the top of the league in offensive yards averaging a massive 510.5 yards per game. This is an offense that has taken no time to get going being able to move the ball down the field with ease and put up tons of points with an average of 5 touchdowns per game. Now they face a defense that is allowing teams to move the ball 361.5 yards per game and letting teams score 28.5 PPG. An offense this efficient is going to cause problems for this Saints defense.

The Packers in week 2 were able to overcome an 11 point deficit as they found themselves behind early in the 1st quarter. They then proceeded to score 31 unanswered points against the Lions not allowing them to score another point until the 4th quarter. That was a solid defensive effort from the Packers and we saw a similar pattern with the Saints on Monday night. Last week, The Saints jumped out to an early 10 point lead against the Raiders but then allowed them to tie the game just before half scoring all 10 points in the last 5 minutes of the half. Not only that, but the Saints allowed the Raiders to score 24 unanswered points as they fell behind and eventually lost. The Saints’ offense was also stifled by the Raiders’ defense as they did not allow the Saints to score again until there were less than 5 minutes left in the game. Now the Saints face a much more potent offense than what they’ve seen so far and it’s clear that no lead is safe against the Packers, especially if the Saints can’t hold on to the leads they manage to get.

The Saints Have Fallen

The New Orleans Saints came into the season with very high hopes as they were one of the big favorites to go to the Superbowl. Now their season has become a bit frazzled after the loss of star WR Michael Thomas in week 1 as the Saints come into this one at .500 after suffering their first loss of the season in “prime time.” Now the Saints are right back in the spotlight on Sunday night. So far, New Orleans’ offense is averaging 352 yards per game scoring 29 PPG. These numbers are not bad but they are nowhere near as good as the Packers right now especially when the Saints defense is giving up similar numbers.

The Packers defense is allowing 27.5 PPG and 363 YPG which is not much better than the Saints defense, but Green Bay should have it much easier on Sunday Night. The Green Bay offense is much more spread out than New Orleans which will make it difficult to cover as their run game is quite prevalent as well. The Packers already have 3 WR’s with over 100 yards receiving on the season while the Saints only have 1, Alvin Kamara, and he is their RB. If Green Bay’s defense only has to cover one man all day then the Saints are going to find themselves struggling to move the ball forward. This one could end in a similar fashion as the previous match for both teams.

This is a game where normally on a Sunday night in “prime time” New Orleans would put on a show being at home in the Superdome. One of the most difficult things about playing in that building is the loudness of the fans in that enclosed environment which makes it hard for visiting teams to communicate on the field and when calling plays. That will not be an issue though, as few teams are allowing fans in the current situation. So now it comes down to who can make the plays to win without all the distractions and considering the key injuries to this Saints offense, and considering how it’s led by an aging Brees, this game should be a much easier battle for the Packers. After seeing the way each offense is running I have no choice but to back the Packers at +3 and on the Moneyline as they should be able to pull off a big win straight up in New Orleans. Green Bay Packers +3 (+100), ML (+145)