Odds.com’s Minnesota Twins vs Houston Astros Series Predictions- AL Wild Card: The Twins went 23-7 at home this year with a +40 run differential. They take on the Houston Astros who went 9-21 on the road and lost their backers -13.16u on the road. After losing their last seven playoff series in a row, the Twins look to finally get over the hump by putting Houston away in a three-game series.

The Houston Astros will be meeting the Twins for a 3 game series in Minnesota for the Wild Card Round of the MLB Playoffs. The Astros finished the season 2nd place in the AL West with a 29-31 record. The Astros are currently the only team in the AL to make the postseason with a record under .500. On the other hand, the Twins finished the season 1st place in the AL Central with a 36-24 record. This will be the first time in MLB history that these 2 teams will meet in the postseason. 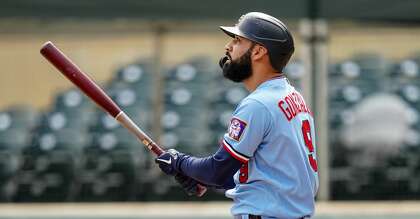 The Minnesota Twins have not had much luck in the playoffs their last few times around. They have lost their last 14 games straight in the postseason, losing in the last 7 rounds they have played in. Now they come into this newly formatted playoffs after a shortened season looking to turn that recent history around. The Twins enter the 2020 postseason winning 5 of their last 7 games in the regular season. They were averaging 5.1 runs per game in that final stretch while allowing 3.7. Both these teams were struggling in the hitting department during the regular season ranking in the lower half of the league in most categories. The Twins were ahead of the Astros in OPS and home runs including being 6th in the league for home runs. They also had Nelson Cruz rank 8th in the league in OPS at .992 and 7th in the league in home runs. The Twins had 3 more players in the top 25 for home runs this year compared to the Astros’ 1.

Pitching is going to be a massive factor in this series and the Twins have a much better pitching staff. The Twins as a team was 4th in the league with an ERA of 3.58. They were also 6th in hits allowed, 3rd in runs allowed, 7th in walked batters, and 9th in strikeouts.

Jose Berrios is expected to start in game 2 of this series. He finished off the regular season 5-4 with a 4.00 ERA and the Twins were 6-6 in games he made an appearance. Most of those games were very low scoring as their opponent did not get more than 4 runs in 10 out of 12 of those games. Then, if we get to a game 3 Michael Pineda is poised to start. He was 2-0 with a 3.38 ERA in the regular season and the Twins are an undefeated 5-0 in games he has played in. The team averages 2.6 runs allowed in those 5 games. It’s clear that the Twins have an elite pitching squad that does not allow many runs especially when these 3 are starting on the mound.

Astros Coming Down to Earth

The Houston Astros come into this playoff series in a bit of a slump losing 5 of their last 7 regular-season games. They were averaging 4.3 runs per game and allowing 4.7 in that final stretch. The Houston offense sits in the lower half of the league in OPS, batting average, home runs, hits, and walked batters. Their pitching ranks 13th in the MLB with a 4.31 ERA. They also sit at 10th in the league for walking batters and have allowed many more hits, runs, and home runs than the Twins have.

The Astros have allowed opponents to score an average of 4.1 runs in those 12 games he has appeared in. The starters for games 2 and 3 are to still be determined as the pitching has been up in the air for this Astros squad all year. No matter who starts in the games after Greinke the numbers only get worse from there.

The Twins have actually had some good fortune against the Astros in recent years. They have won the last 2 straight against them and 3 of the last 4. Considering how the Twins have a slight advantage here in the hitting department and a sizeable advantage in the pitching area, they should be able to end their massive playoff drought against this Astros team that has a very depleted pitching lineup. The Minnesota Twins will breeze past this Astros team giving them an early 1st round exit for the first time in years. Take the Minnesota Twins to win the Series.