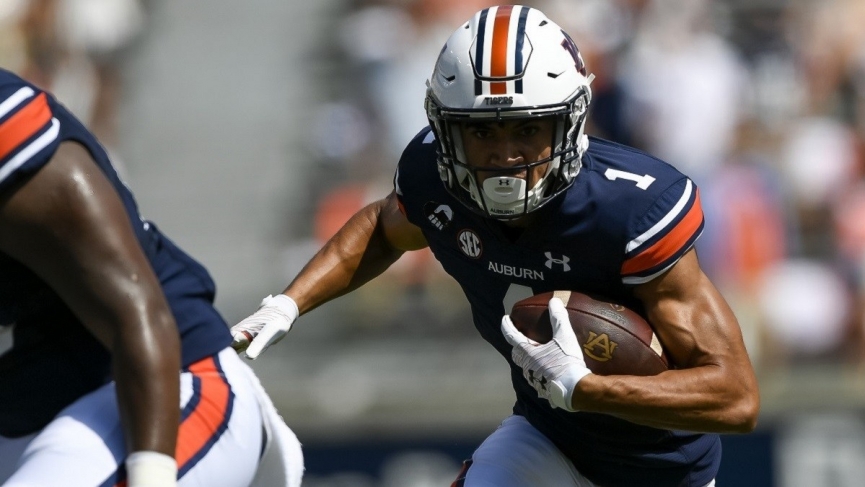 Odds.com’s Auburn vs Georgia Pick for Week 5 of College Football: Auburn hasn’t covered a game in Georgia in their last six trips to Athens, and are 1-6 ATS in their last 7 overall vs the Bulldogs. The home team has dominated this series, covering in 10 of the last 14, with favorites winning 9 of the last 11. We head to the Sanford Stadium on Saturday for an early-season showdown of SEC favorites.

A matchup of nationally-ranked SEC Conference Titans squaring off in Athens, GA Saturday Night, with a lot on the line. Speaking of the line, the Georgia Bulldogs are a 6.5-point home favorite, but the early betting flows see the professionals backing the Auburn Tigers. The number of betting tickets is even at 50-50, but 75% of the money is on the Tigers and the line will move to a price of 6 points.

Is This the Season for the Auburn Tigers?

The Tigers had a difficult offseason with COVID-related problems in August and many minor injuries to their offensive line. The Tigers only return five starters from last season’s offensive unit and includes starting QB Bo Nix. However, the offensive line has just Nick Brahms returning, and rebuilding this unit will be key if the Tigers make it to the National spotlight. The offensive line played extremely well in the Tigers 29-13 win against No 23 Kentucky giving Nix enough time to survey the field and complete 16 of 27 passes for 59%, 233 passing yards including three touchdowns and zero interceptions.

The Tiger offense looked to stretch the solid Kentucky defense vertically as indicated by Nix averaging 10.9 yards-per-attempt. The running game then opened in the second half and ended with 93 yards on 30 attempts. The Wildcats defensive front is the real deal and they are going to stop many ground attacks this season.

The Auburn defense played a solid game forcing the Wildcats into three turnovers consisting of recovering two of three forced fumbles and an interception by cornerback Roger McCreary. The defensive unit did allow 145 rushing yards but managed to keep the Wildcats passing attack under wraps. The Wildcats ran an enormous 78 plays from scrimmage and gained just 4.9 yards-per-play. The Tigers ran 21 fewer plays but had only 60 fewer total offensive yards. The Tigers averaged 5.7 yards-per-play out-gain the Wildcats by 0.8 yards-per-play. In the SEC, if a defense holds a conference opponent to fewer than 400 total offensive yards, the results are positive.

What Are the Tiger’s Situational Metrics?

The Tigers are 21-17 straight-up for 55% wins, but a money-burning 14-23 ATS for 38% winning bets when coming off a game allowing 14 or fewer points. The news from the database queries improves to 12-8 SU for 60% winning bets and 13-7 ATS for 65% winning bets coming off a game where the offense averaged at least 5.5 yards-per-play, had 1 or zero turnovers, and play on the road against a conference foe in games played since 2010.

This money line betting system has earned a 54-57 record for just 49% winners but has averaged a +220-dog wager in making the $100 bettor a profit of $4,930 over the last five seasons. The requirements are to bet on underdogs between +150 and +300 in a game where both teams have returned five or fewer offensive starters. Since 1990, this simple betting system has made the $100 bettor a profit of $7,430. This system supports the Auburn Tigers vs Georgia

The model’s project that the Tigers will force the Bulldogs into at least two turnovers, will have one or zero turnovers, and will rush for 150 or more yards. In past games in which the Tigers met or exceeded these performance measures, they have gone on to earn a 29-1 SU record and a 21-8-1 ATS record producing 72.4% winning bets that have covered by an average of 9.3 points.

The Tigers are 3-0 SU and ATS when on the road installed as a dog and meeting or exceeded the previously mentioned performance measures. Further, the best of the best is the fact that when the Tigers meet the projections mentioned above while playing a conference foe they are a perfect 14-0 SU and 13-1 ATS for 93% winning bets that have covered the spread by an average of 16 points.

Take the Auburn Tigers plus the points and look for the outright win. Consider splitting your bet size into two parts consisting of 70% using the spread and 30% using the money line.

The best current price on Auburn ATS is at +6.5 (-104) via FanDuel, while the best price on the Auburn moneyline is also via FanDuel at +225