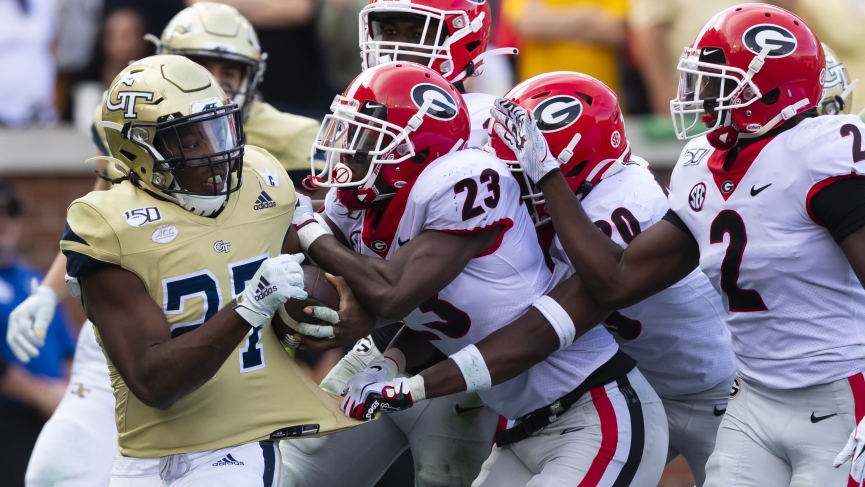 After dismantling USC in the season opener, the Alabama Crimson Tide will host the Georgia Bulldogs in week three. This game will be pegged as a matchup of top-10 teams, but the Crimson Tide will reign supreme over their rivals from the SEC West regardless of loosing Tua Tagovaliloa and Jerry Jeudy.

Georgia and Alabama have combined for 10 SEC title game appearances since 2010, but the Crimson Tide are a perfect 5-0 in those games, while Georgia has gone just 1-4.

Both teams have question marks heading into the season, but Alabama will have more answers on Sept. 19. Even though the Bulldogs had the No.1 scoring defense in the country, it’s almost unfair to ask Georgia to play at Alabama’s superior offense this early in the season.

Georgia has won the SEC East three years in a row, and they are a pretty safe bet to win it again this season. The Florida Gators (Ha!) are the biggest challengers, but Georgia is the clear favorite. 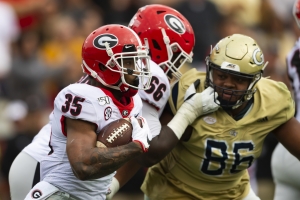 Playing Alabama in week three of the season might knock the Bulldogs off their game since Saban’s team tends to become Georgia’s bogeyman. Their offense will need to step up tremendously if they want a win. Did I mention that the Bulldogs haven’t defeated Alabama since 2007?

Taking a conference loss this early in the season won’t be easy, but Georgia does have the talent to win out and take the division. The Bulldogs are simply the best the SEC East has to offer and are the only team from that weak division that is worthy of being in the same class as teams from the SEC West.

Alabama took a year off from dominating the SEC West a season ago and let LSU have some time in the spotlight. The Crimson Tide have won four of the last six SEC West titles, and they are huge favorites to win it again this season.

LSU and that team from Auburn could potentially play the Crimson Tide to a one-score game, but that’s about as close as they will get. LSU lost Heisman Trophy quarterback Joe Burrow, and Auburn quarterback Bo Nix struggles to complete half of his passes.

Newman at +600 to Win Heisman Trophy

New Georgia quarterback Jamie Newman enters the season as a Heisman Trophy favorite, and DraftKings currently has him listed at +600 to win the award. That’s all great, but Newman has yet to prove himself in the mighty SEC.

Newman threw for close to 3,000 yards and 26 touchdowns a season ago while playing for Wake Forest, but that was against ACC competition. No offense, but Duke and North Carolina care more about camping out for two weeks for a basketball game than they do about playing football.

Taking on Alabama will be a great chance for Newman to prove himself early in the season, but that’s not going to happen. Nick Saban and his defense will give Newman a rude awakening and will end his chances to win the Heisman Trophy.

The time for this showdown has not yet been announced, but you can expect that it will be played under the lights. Playing at night at Bryant-Denny Stadium is worth about seven points itself, not that the Tide will need help in this game.

Alabama is used to beating Georgia in early December, but they will gladly beat them in September as well. The Bulldogs will go on to dominate weaker opponents in the SEC East, but they won’t be ready for the top team in the West in this game.

The Crimson Tide are going to be on a revenge tour in 2020, and this will give them a statement win in week three of the season. Alabama will easily cover the 8.5-point spread that DraftKings has set, and it could likely rise to over 10.0 points before the game.

Expect a rematch of these two teams in the SEC Championship Game, and the Crimson Tide will win that game too. Sorry Georgia, but Alabama will ruin your College Football Playoff chances this season.