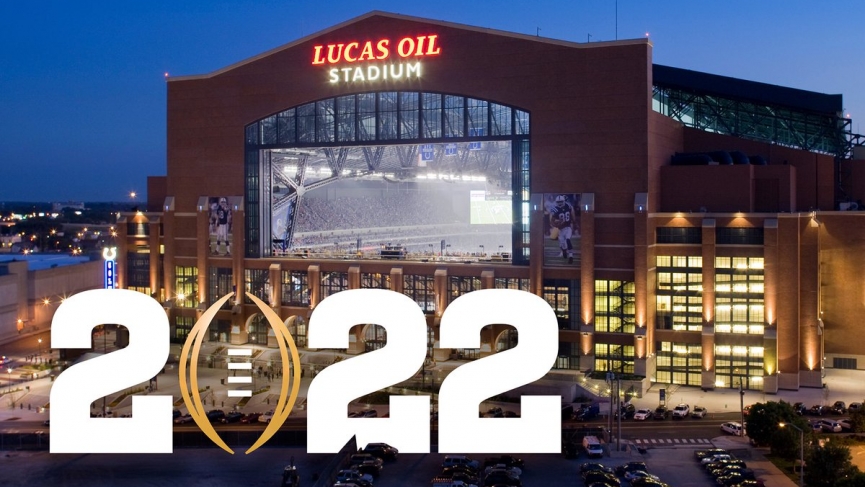 Alabama just beat Ohio State in the National Title game and is the early favorite to repeat next year. Despite being expected to lose a major part of their electrifying offense, this scored 52 points in the title game. Their top two receivers Jaylen Waddle and Heisman winner Davonte Smith are projected to be top 10 picks in the 2021 NFL draft. Quarterback Mac Jones, offensive lineman Alex Leatherwood, and running back Najee Harris could also be first-round picks. While Alabama got what many consider to be the best recruiting class this season, their offense projects to be very young after losing multiple first-round picks to the NFL in last year’s and this upcoming year’s draft. Throw in losing offensive coordinator Steve Sarkisian, and it would not be shocking to see some growing pains from the favorite.

Their young defense was not the shutdown defense of Alabama past, but they are expected to have 8 starters back. They will lose one member from each defensive group in Christian Barmore on the defensive line, Dylan Moses from their linebacker group, and Patrick Surtain from their secondary.

Since today’s format for the College Football playoff was introduced in 2014, Alabama has been selected in 6/7 seasons. They have played in the championship game 5 times and won it 3 times. They have, however, yet to repeat as champions losing both subsequent finals to Clemson.

Clemson will have a new quarterback as Trevor Lawrence is expected to be the first overall pick in this year’s NFL draft. D.J. Uiagalelei will be Lawrence’s replacement, and due to Lawrence testing positive for Covid-19, he started two games this past season against Boston College and Notre Dame, who made the playoff. Combined, Uiagalelei completed 69.4% of his passes for 781 yards, 4 touchdowns, and no interceptions. Against Boston College, he rallied the team from a 15 point halftime deficit and was even more impressive against a ranked Notre Dame team on the road rallying from 10 down to force overtime. Uiagalelei proved capable of leading the offense in difficult situations and will be backed by a defense expected to return a lot of starters.

There is plenty to like about Georgia. USC transfer quarterback JT Daniels became the starter for Georgia’s last three games and led the team to a come from behind win in a New Year’s Six bowl game against Cincinnati. He averaged 308 yards passing on 67.2% completions, threw 10 touchdowns and 2 interceptions last season. He is expected to have plenty of skill-position talent as Georgia’s top two running backs Zamir White and James cook; both could’ve declared for the NFL draft but instead will be returning. Their top two receivers Karis Jackson and George Pickens, will also be back, leading to a veteran-laden, talented offense.

We will learn a lot about Clemson and Georgia immediately as they face each other to open the season. If you believe in both teams, it’s not the worst idea to bet the loser wins the national title as Clemson will likely go undefeated in conference play and always seem to get in. Georgia will still be live to make the playoff by winning the SEC, which would likely mean beating Alabama, which would impress the committee. Currently, with their returning talent and being three times the price of Clemson, Georgia has more appeal.

Texas recently fired coach Tom Herman and hired Alabama offensive coordinator Steve Sarkisian. The one thing Herman could not do was beat Big-12 rival Oklahoma posting a 1-4 record against the Sooners. Along with having a new coach, sophomore Casey Thompson is expected to be the new quarterback. He replaced injured senior quarterback Sam Ehlinger at halftime of their bowl game against Colorado and led Texas on 5 scoring drives. Thompson threw for 4 touchdowns and averaged 17 yards per pass attempt. True freshman Bijan Robinson added 183 rush yards, on 18.3 yards per carry and a touchdown. The game provided a glimpse of the future of the Texas offense. Should Sarkisian help Texas turn the tables on Oklahoma, who has been selected for the playoff four times, they’ll have a shot to make the playoff.

The Pac-12 is considered part of the power 5 but when it comes to sending teams to the playoff, they have only managed to do it twice with Oregon in 2015 and Washington in 2017. USC has the shortest odds of any Pac-12 team to win the national title. Last year USC, during a covid-19 ravaged campaign, only played five regular-season games and won all of them which was good enough to earn a spot in the conference title game. They lost the title game to Oregon however and then elected not to play in a bowl game.

USC wide receiver Amon-Ra St. Brown and offensive lineman Alijah Vera-Tucker are both projected to be first-round picks and will need to be replaced. USC should expect more production from last year’s leading receiver Drake London as the dual-sport athlete decided to forego Basketball this year and focus on Football. USC will have quarterback Kedon Slovis back and he is expected to be a Heisman candidate. USC got some exciting news on the defensive side when number one recruit defensive lineman Korey Foreman committed to USC.