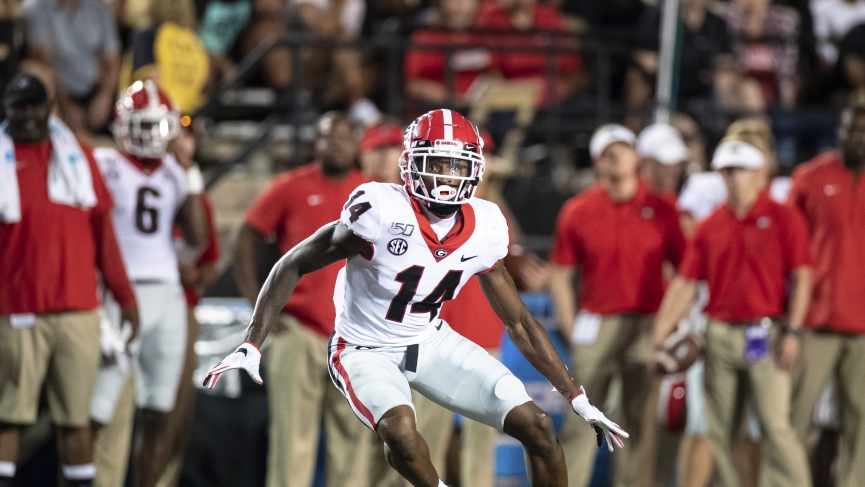 It’s tough to feel sorry for any college football team that has gone 36-7 the last three seasons, including a trip to the National Championship, and won 10+ games in seven of the last nine. And yet, it’s difficult to not take a little pity on the Georgia Bulldogs who have been thwarted from more national attention just by teams in their own conference.
There’s certainly no sympathy when it comes to the job Kirby Smart has done since taking over in 2016. Smart has taken the Bulldogs to one College Football Playoff and successive Sugar Bowls the last two seasons and now has the nation’s top recruiting class coming in. Still, it will come down to getting out of the SEC with no more than one loss if Georgia wants to take that next big step towards its first National Championship in 40 years.
If the folks at DraftKings are correct, the Bulldogs will once again be in the mix. Georgia is going off as a 12/1 pick to get over the hump, the first team behind the Big 3 – Clemson +250, Ohio State +300, and Alabama +400. That’s a pretty large gap between the top tier and the next bunch, but a gap the Bulldogs can easily make that up with the talent Smart has assembled.

Is Newman The New Man Under Center?

Replacing Jake Fromm won’t be easy, that in itself qualifying as the biggest understatement you’ll read in this article. Fromm didn’t make the first round of Thursday night’s NFL draft after a brilliant career at Georgia, and finding his heir is the top priority for Smart and his new offensive coordinator, Todd Monken, a former head coach at Southern Miss and most recently the OC with the Cleveland Browns and Tampa Bay Buccaneers.
Fortunately for Monken as he begins his new job, there will be an experienced quarterback at his disposal after Jamie Newman transferred in from Wake Forest. Newman should be backed up by true freshman Carson Beck and redshirt junior Stetson Bennett. Protecting Newman upfront will be a new bunch outside of center Trey Hill, and the two big losses were tackles Andrew Thomas and Isaiah Wilson who were each called by the NFL in Round 1.
It has always been a run-first mentality in Athens, and there will be new blood in the backfield following the departure of last year’s top rushers, D’Andre Swift and Brian Herrien. Zamir White and James Cook are at the top of the depth chart now, but keep an eye on Kendall Milton, a 4-star recruit from California who ranked as a top 10 running back in the 2020 recruiting class.
George Pickens is back after leading the Bulldogs with 49 catches last season and tops a deep group of receivers. Demetris Robinson and Dominick Blaylock join Pickens on the outside, and Georgia brought in Tre’ McKitty as a grad transfer from Florida State to play tight end while the Bulldogs groom 5-star recruit Darnell Washington for stardom.

Experienced Stop Unit Will Dominate Between The Hedges

Whereas the Bulldogs lost a lot on the offensive side of the ball, much of the defensive unit returns to Athens. Georgia ranked No. 1 in scoring defense and run defense a year ago, and No. 3 overall, and a big reason behind those numbers was a front 7 that is led by DE Malik Herring and LB Monty Rice. 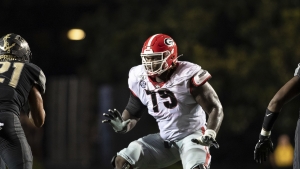 Those two have plenty of help. Jordan Taylor, Julian Rochester, and Travon Walker return on the line while Azeez Ojulari, Nolan Smith, and Quay Walker probably get the most snaps at linebacker with Rice. Richard LeCounte’s decision to return for his senior year is huge for the Bulldogs, giving them an experienced safety to go with corners Eric Stokes, Tyson Campbell, and Tyrique Stevenson, plus fellow safety Lewis Cine.
Of all the freshmen coming in, corner Kelee Ringo has a chance to make an immediate impact. Jalen Kimber could see time in Georgia’s nickel package, along with safety Major Burns. Tackle Warren Brinson should also get into the D-line rotation. All told, it’s a defense that should generate some low totals on college football odds boards.

It might officially qualify as a neutral-site affair, but the Bulldogs will have home field advantage at Atlanta’s Mercedes Benz Stadium to begin the season against Virginia. They have just five days after that Monday night matchup to prepare for East Tennessee State’s visit to Athens in Week 2. The only danger in losing either game is Georgia looking ahead to a Week 3 battle at Alabama.
The Crimson Tide have won the last five meetings, including the 2018 National Championship and the 2012 SEC Championship. Could this Week 3 clash be the first of two this season between the old rivals?
Georgia will get Auburn at home in Week 6, which is 21 days before a Halloween clash with Florida in what should be a wild renewal of the World’s Largest Outdoor Cocktail Party. November’s two toughest tests both come on the road, at South Carolina (Nov. 7) and Kentucky (Nov. 21).
Questions on the O-line and at QB leave me, suspect of the Bulldogs, this time. In the end, it will be that loss to Florida on Halloween that keeps Georgia from a 4th-straight SEC East title.