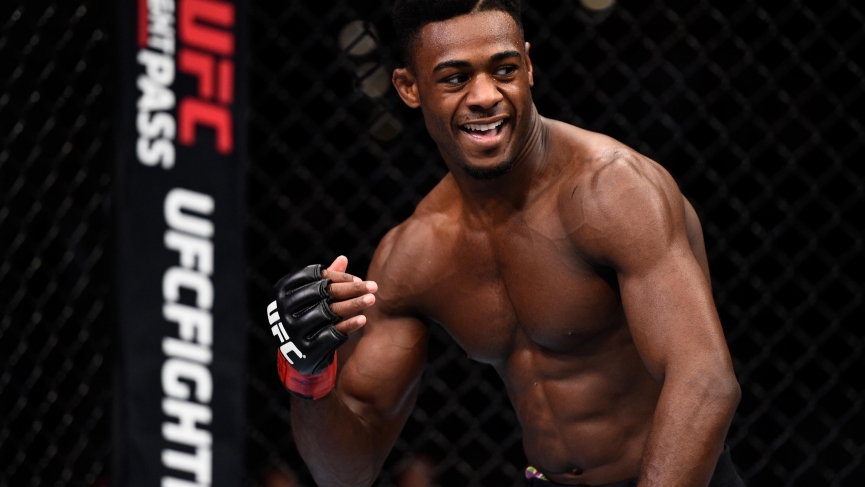 Petr Yan (15-1) makes the first defense of his bantamweight title as he battles Sterling on the main card. The 28-year-old won the title by knocking out Jose Aldo in the fifth round at UFC 251 in July, which kept him undefeated in the Octagon. The Tiger Muay Thai product has gone 7-0 in the Octagon, with four of those wins coming by stoppage

Sterling (19-3) hasn’t fought since his quick win over Cory Sandhagen at UFC 250 in June 2020. Since losing to Marlon Moraes in 2017, the “Funk Master” has won five straight fights.

As the UFC odds indicate, this is about as close to a pick’em fight as you’ll get. But I do give the edge to the slight underdog in Sterling. Along with having a slight reach advantage in the matchup, Sterling has fought far better competition in my opinion, including wins over Sandhagen, Pedro Munhoz, previously undefeated Cody Stamann, and Brett Johns. Despite Yan’s successful takedown defense rate, I think Sterling will find success with his wrestling and submission game.

That’s why I’m picking and taking Sterling here as the -105 underdog.

Rakic (13-2) has gone 5-1 in the Octagon, with his lone setback coming against Volkan Oezdemir where the majority of media members felt like the Austrian fighter did enough to win. The 29-year-old is coming off a one-sided beatdown over Anthony Smith at UFC Fight Night in August, where he picked up a decision.

Santos (21-8) will look to avoid three-straight losses for the first time in his career. The 37-year-old is coming off his first submission loss since Sept. 2016, where Glover Teixeira secured a rear-naked choke for the third-round finish.

I lean towards the underdog here and see plenty of value on Santos at +135. The American Top Team product has fought far better competition, and prior to getting submitted against Teixeira, I believe he was beating the 41-year-old in that fight. I think most also forget, Santos has a knockout win over the current light heavyweight champion Jan Blachowicz just three fights ago. While Rakic has devastating knockout power, Santos has never been knocked out at 205-pounds and with this matchup only being three-rounds, I think it’s more likely this fight hits the scorecards.

With all that said, I’m picking Santos and see value on him as the slight underdog.

Espinosa (15-8) looks to rebound from his loss against David Dvorak in September against Elliott on the prelims. The 31-year-old has gone 2-3 in the Octagon, with both of his wins against fighters no longer on the UFC roster in Eric Shelton and Mark De La Rosa

Elliott (16-11-1) saved his job with the UFC after picking up a decision victory over Ryan Benoit. The 34-year-old not only snapped a three-fight skid, but also put on one of his best performances in the Octagon, in part due to him training back at his old gym of Glory MMA.

I like Elliott here for the pick and see value on him as the +105 underdog for a variety of reasons. The Glory MMA Product has far more experience and outside of his loss to Ben Nguyen, has mainly lost to top contenders in the UFC Men’s Flyweight division. If Elliott can keep his head on straight and not make a mistake as he did in the Bradon Royval fight, this is his fight to lose in my opinion. Expect Elliott’s pressure to be too much for the Luttrell MMA product on route to a decision victory.