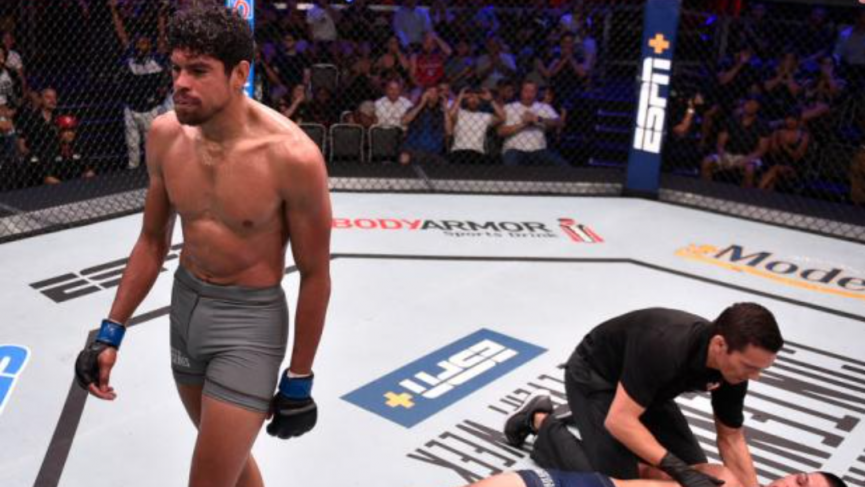 UFC 259 Aalon Cruz Odds and Fighter Profile: Aalon Cruz comes into this Saturday’s UFC 259 event with a 1-1 record in the UFC, with both of his fights ending by way of stoppage. Backers of the ‘Fight Doesn’t go the Distance’ prop have gone 2-0 for +1.91 units profit in Cruz’s UFC career.

Odds.com’s James Lynch talks to Aalon Cruz (8-3) in the lead-up to his lightweight bout against Uros Medic (6-0) this Saturday on the early prelims at UFC 259.

Aalon Cruz: Tale of the Tape

Aalon Cruz made his professional MMA debut back in 2013, at ‘Real Fighting Championship’ 29. Cruz picked up a unanimous decision in his pro-debut, and held a 3-1 record from 2013 until 2015. Cruz moved around the southeast regional scenes, fighting with RFC, Conflict MMA, and even made an appearance at ‘JacksonWink Fight Night’ in New Mexico in 2018.

Cruz made his debut under the UFC banner in 2019, coming into ‘Dana White’s Contender Series’ holding a 7-2 professional record. Cruz picked up a T/KO victory over Steven Nguyen, knocking him out via flying knee with just 24 seconds left in the third round. With the performance, Cruz earned himself a contract and would make his first UFC appearance 7 months later. Cruz would make his UFC debut at UFC on ESPN+ 27, in Norfolk, Virginia against Spike Carlyle. Cruz would drop the bout via 1st round T/KO, getting knocked to the ground by Carlye, and was followed up with ground and pound until the fight was stopped. UFC 259 will be just the second UFC appearance in Cruz’s career, and his first since the beginning of the ‘pandemic era’ in the UFC.

The underdog has been on an absolute tare in the UFC Lightweight division over the last 14 months, going 26-34, cashing for +11.18 units profit in that stretch. Meanwhile, the Under has had a slight bit of value in this division, going 28-32 since the start of 2020, but turning just a +0.24u profit in the last 14 months.