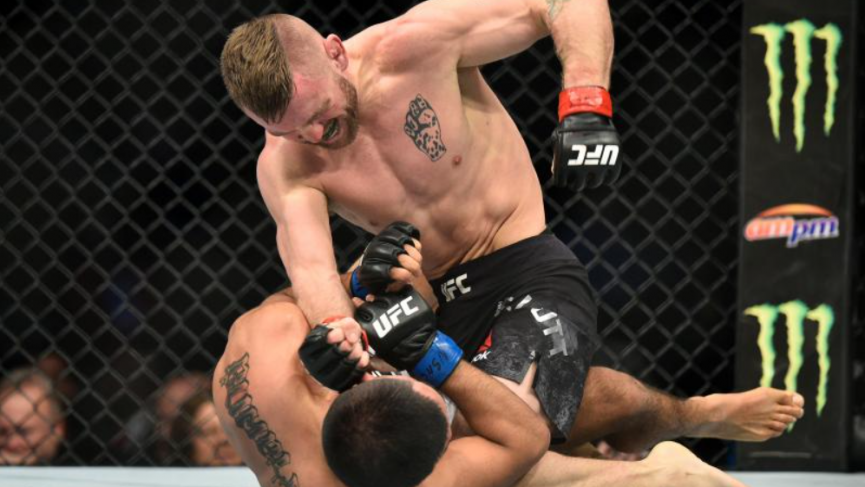 Tim Elliott vs Jordan Espinosa Pick – UFC 259 Predictions: UFC 259 is so ridiculously stacked that we are spoiled for choice when it comes to the bets that we want to make. In fact, we have the opposite problem where there are so many spots you could quickly put your entire betting bankroll in play on Saturday if you really wanted to. One spot that I have honed in on has actually moved the other way, and I am tempted to get more money down now at a better line.

〉Check out the DieHardMMA Podcast as Clint MacLean breaks down every fight.

The Fighters: Elliott vs Espinosa

Tim Elliott is a fighter who has seen the highest highs and the lowest lows in the UFC. A man who fought his way to a title shot, winning on the Ultimate Fighter after many had written his career off as long dead. Elliott was supposed to be handled by Demetrious Johnson, but he could hang with the champion and even threatened with submissions of his own that night. After making a poor career move, Elliott faced the UFC’s chopping block but saved his job and has re-dedicated himself to the craft, and it looks like he has turned a corner.

Jordan Espinosa came to the UFC, and I had high hopes. A strong young fighter with a good build for the UFC Men’s Flyweight division, I expected Espinosa’s athleticism to translate to success, but it simply hasn’t. Similar to Tim Elliott, Jordan Espinosa is fighting for his career and likely on the chopping block. He will need to use his speed and athleticism to out-wrestle Tim Elliott for a full 15 minutes or attempt to submit him to stay a UFC fighter after Saturday’s event.

The Match-Up: Elliott vs Espinosa

This fight is one I had my eye on the moment it was booked. Elliott opened as a slight favorite, and I jumped all over it. Much to my dismay, the line has flipped as it seems people are not believers in Elliott and his new home with Glory MMA. Money has come in on Espinosa, and you can now get Elliott as a slight underdog.

Elliott has underrated striking and when he is on his game is very difficult to handle on the feet because of his offbeat style. In the grappling, Elliott is a handful for anybody. I need to go back to that night in December of 2016. I was in Las Vegas that night for the Ultimate Fighter 24 Finale in the stands with a Demetrious Johnson inside the distance ticket in my hand, and this scrub Elliott took the greatest 125er the sport has ever seen all 25 minutes and never gave an inch. Since moving out to Glory MMA, I have seen that fire in Elliott’s eyes again, and I fully expect him to bring his A-game on Saturday.

UFC 259 Undercard Best Bet – Tim Elliott (+100 via Bet365): Espinosa is a beast in the first round, but the issue is that he fades. If you make Espinosa work, then by the 2nd round, he just isn’t quite the same, and by the third round, he is a shell of himself. Espinosa is reliant on the early finish, and if he cannot get it, then things get very, very hairy for him in the cage. So far in the UFC, Espinosa is 3-2, with 2 of his losses coming by way of submission and his only two wins coming against fighters who no longer have jobs with the organization. Simply put, the wrong fighter is favored on the UFC odds board, and I love Tim Elliott in this spot. In fact, I will be taking Elliott for a larger bet on the money line and playing Elliott by Submission at +400 for a score!