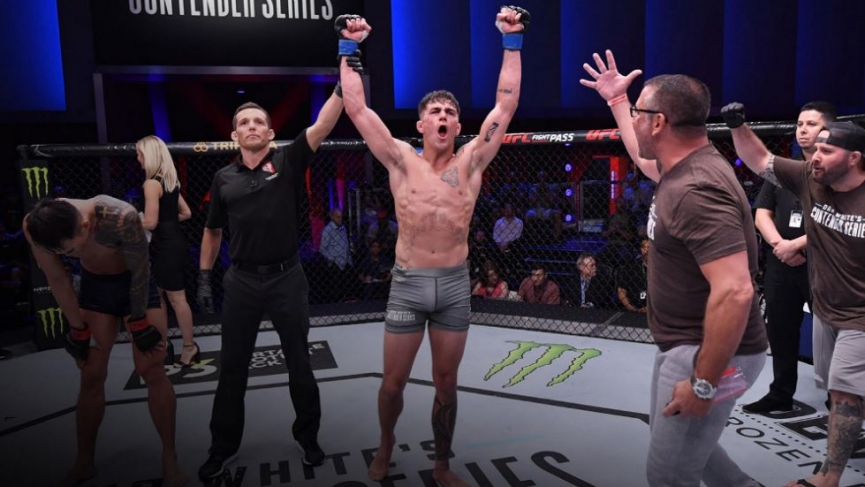 Peter Barrett UFC Odds Profile: Peter Barrett has reached the judge’s scorecards in both of his UFC appearances. Backers of the ‘Fight Goes Distance’ prop in Barrett’s two UFC bouts have profited +2.58 units since his UFC debut on Dana White’s Contender Series back in 2019.

Peter Barrett: Tale of the Tape

Peter Barrett made his professional MMA debut back in 2014 with Cage Titans FC, a regional fight promotion out of Boston, Massachusetts. Barrett fought with Cage Titans until 2018, and made the jump to the UFC in 2019. Barrett made his UFC debut on Dana White’s Contender Series in 2019, picking up the decision victory over Sang Hoon Yoo. He made his official debut with the company in August at UFC Vegas 6, where he dropped a decision to Youssef Zalal.

Barrett is 1-1 in the UFC, with both of his fights going the distance. In both fights Barrett was the underdog, listed at +135 in his DWCS debut vs Sang Hoon Yoo, but was a substantially heavy underdog (+375) to Youssef Zalal in August.

Although he has only had two fights in the UFC, the best way to back Barrett has been by Decision. Barrett cashed at +520 to win by Decision in his UFC debut on Dana White’s Contender Series last August. Based on his style of fighting, you can likely continue to bet Barrett to win by decision in his UFC career, and you would be + units for as long as he was in the promotion. Barrett has had both UFC go the distance, profiting +2.58 units on that betting prop, along with the Over profiting +1.43 units in his two UFC fights.

If you plan to back Barrett in this fight at UFC 256, the best way to do so is to bet the straight-up moneyline at +300 (via WilliamHill). As for the total, there is a significant amount of value on the ‘Over’ due to the fact that the market believes Hooper is going to stop ‘Slippery Pete’ rather easily. You can get the ‘Over 2.5’ rounds prop at +140, a bet that is definitely worth making if you lean towards Barrett getting the victory.