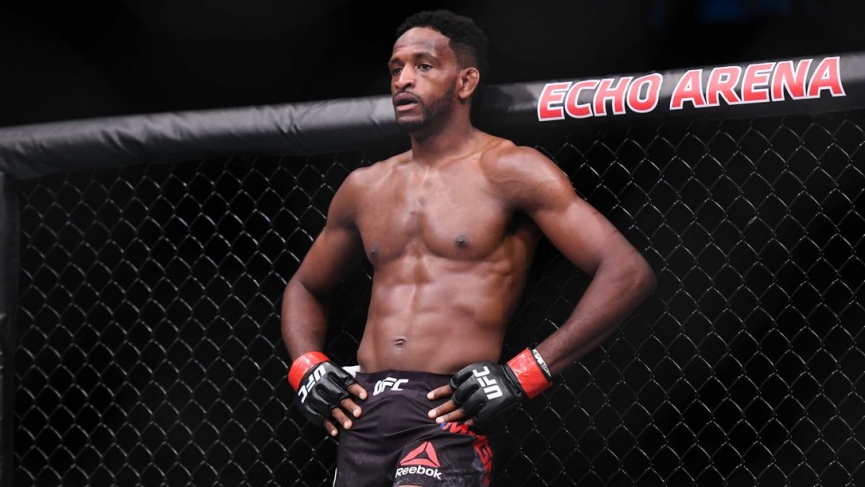 Neil Magny vs Michael Chiesa Predictions | UFC Fight Island 8 | Diehard MMA Podcast: We should be feeling pretty good as MMA fans right now. We finally got our favorite sport back, and UFC Fight Island 7 was an absolute treat kicking the year off right. Now we get a fast turn around to UFC Fight Island 8 and then just a few short days until the epic UFC 257. UFC Fight Island 8 may not be the deepest card, but there are some gems here, and the main event is a great fight.

Maverick Michael Chiesa has been hanging around the UFC for a long time, and he finally seems to be finding his stride in the organization. Chiesa is one of the vaunted Ultimate Fighter winners but really has yet to live up to the expectation we used to have for them. TUF winners used to be men that would step into the UFC and be talked about as the next champion or a top 5 contender. There was a dark run where TUF champions floundered in the UFC proper, and Chiesa seems to have been one of them. After a relatively disappointing run at Lightweight, the ground ace finally moved from 155 to 170 and has new life, and is currently riding a 3 fight win streak.

Neil Magny is a grinder. Plain and simple. This man puts his work boots on when the cage door shuts, and he gets after it and will look to win by any means necessary. Neil Magny is a talented striker and enjoys a significant reach advantage over most of his opponents. Neil’s striking game is something he uses to maneuver while he looks to press his opponents against the cage or take them to the mat. Using his size and strength to control them in either area, Neil Magny works his foes over with clinch strikes to wear down their gas tanks. Magny also trains in Denver, Colorado, and because of that, has a legendary gas tank and that cant be under-valued in a 5 round main event slot.

As you may have guessed by reading my section on Chiesa, I am not all too impressed with the Maverick. Michael Chiesa is a very talented grappler but doesn’t have much to fall back on. Plan A is to sink in submission, and he doesn’t really have a plan B if that should fail. At 155, Michael Chiesa used his ridiculous size to overpower his opponents and then grind his way to a submission win. The likes of Mitch Clarke, Jim Miller, and Beneil Dariush were unable to contend with the onslaught.

Michael Chiesa was unable to maintain 155, however, as he filled out. It became apparent that he was too big for 155, and after dropping back-to-back losses to Kevin Lee and Anthony Pettis, he was forced to move up to 170. Since his move up, Chiesa has looked excellent, but let’s look at his opponents. Carlos Condit, Diego Sanchez, and Raphael dos Anjos. Carlos Condit has one of the worst takedown defense games I have ever seen, and Chiesa took full advantage of that. Diego Sanchez should have retired 5 years ago and is a 155er playing out his career at 170 against non-strikers who won’t give him CTE. Raphael dos Anjos is an impressive win, but again another 155er who is fighting up a class and is too small to keep the bigger Chiesa off of him.

Neil Magny is going to turn the tables on Chiesa. Neil Magny is a true UFC welterweight division fighter and is one of the bigger ones you will find in the UFC. Chiesa finally has to contend with a wrestler who can match his size and strength, and I don’t think he will pass this test. Magny is a fighter I love to bet on, and in this bout he is the betting favorite at -138 on the UFC odds board. We have backed him in his last few fights to great success, and I see no reason to stop now. Wednesday’s UFC Fight Island 8 main event is a 5 round fight, and that is something that Chiesa has never seen. Neil Magny has gone to the championship rounds before, and if anything, we have seen Michael Chiesa struggling in round 3 when he is not in charge. Michael Chiesa is a great hammer but a very bad nail.

UFC Fight Island 8 Main Event Best Bet – Neil Magny (-138) via Bet365: You always know exactly what you are going to get when you bet on Neil Magny, and he has a perfect skill set for MMA. Neil has no issues making his fights slow and boring. That might not sound great from an entertainment standpoint, but I love every minute that Magny presses against the cage from a betting perspective. There is nothing better than watching the will to fight drain from the eyes of your opponent and cashing a ticket while you are at it. Money has come in on Chiesa, and I don’t understand it. I agree with the opener where Magny was roughly -185, and I will be taking advantage of this short price.

What is the main event for UFC Fight Island 8

The main event for UFC Fight Island 8 was originally booked to be headlined by the undefeated Swedish sensation Khamzat Chimaev taking on Leon Edwards. However, Chimaev had to pull out of the event to do contracting COVID-19.

The new main event for UFC Fight Island 8 is a Welterweight bout between Neil Magny and the returning ‘Maverick’ Michael Chisea.