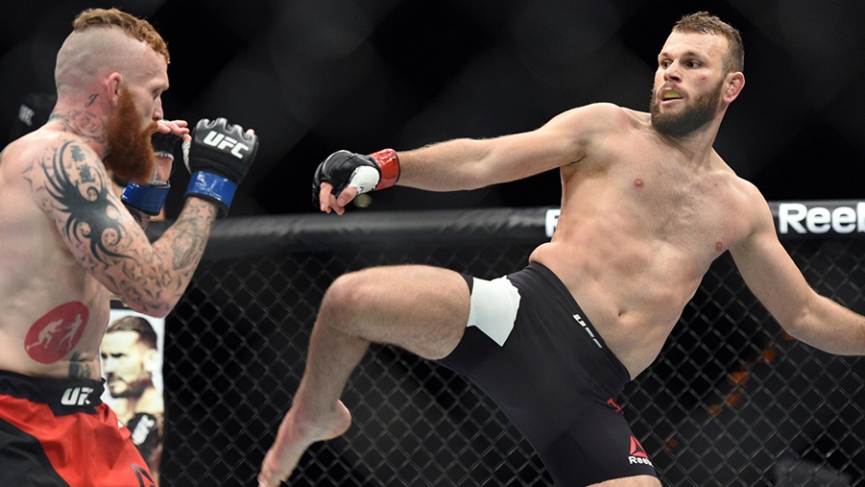 We are coming out the gates swinging at UFC Fight Island 4. In this week’s undercard preview we are looking at the very first fight of the night and hoping to get started on the right foot! Let’s keep the heater rolling and start our night off right!

We haven’t seen Luigi Vendramini in a couple of years. The then-undefeated prospect was unfortunate enough to run into the buzzsaw that is Elizeu Zaleski dos Santos for his first UFC fight and was knocked out in the 2nd round by the veteran. Luigi may have gone dark since then, but he is coming back with a vengeance it would seem. At just 24 years old 2 years worth of hard training is irreplaceable experience. I fully expect to see Luigi 2.0 in the cage on Saturday and what he was capable of back in 2018 was already impressive. Luigi has excellent footwork and a sneaky good head kick. He works well behind the jab and he has strong body lock takedowns. Once on the mat, Luigi really goes to work and has a deadly backpack game. In fact, in his fight against Elizeu Zaleski dos Santos Luigi nearly finished the fight in round 1 via rear-naked choke.

Jessin Ayari is coming into his fighting prime and is likely fighting for his job on Saturday. After coming into the UFC and winning his debut via split decision Ayari has dropped back to back losses. Ayari likes to walk his opponents down and go to war. He is extremely basic in his striking and has a very low output. If Ayari does not land a bomb it is like he is going to a very uninspired decision and we have seen that in all 3 of his UFC fights. Ayari was actually out-landed by Darren Till in their fight and Till is one of the lowest output fighters on the roster so that is saying something.

I don’t usually like to bet on fighters coming off a layoff, but I think we have yet to see what Luigi is fully capable of and I really do think that we have seen the best of Jessin Ayari. Ayari is just too willing to get lulled into a slow-paced boxing match to ever be overly successful and he is dealing with an opponent who will know how to safely engage and then get the fight where he wants it to be.

If this fight hits the mat, and I expect it to, I believe that Luigi can finish it and rather quickly. Jessin may have a chin on him, but he has been finished in his MMA career both by knockout and by submission. I don’t believe that Jessin will be able to keep up with Luigi and I am just fine to lay the slight chalk on this kid. Even if Luigi cannot get the finish in this fight he will be the more active fighter and that always plays well with the judges on Fight Island. Luigi can win this fight by knockout, submission, or decision whereas I can only see Jessie landing a big knockout bomb to get the W. I’ll take the fighter with more ways to win the fight.

The Pick: Luigi Vendramini (-110) via WilliamHill