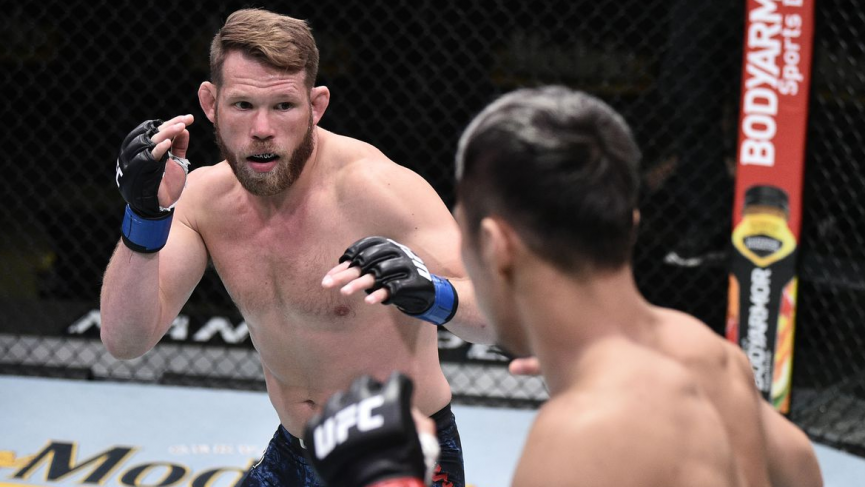 Jason Witt Odds Interview and Fighter Profile: Jason Witt comes into his third career fight in the UFC having gone ‘Under’ the betting total in his two previous bouts, with the prop cashing for +2.81 units in his two appearances in the octagon.

Jason Witt: Tale of the Tape

Jason Witt made his professional MMA debut in the Missouri Regional scenes back in 2013, and managed to fight for numbers promotions including Shamrock FC, Titan FC, Victory FC, and the KC Fighting Alliance. Witt took a 7-3 MMA record into his Bellator debut back in 2017, but lost via knockout in the third brought to Justin Patterson. After this Bellator loss, Witt would return to the Missouri and Kansas City regionals, putting together a 16-5 record before making his UFC debut in 2020.

Jason Witt has a 1-1 record in the UFC after fighting twice in 2020, with both fights at the UFC Apex in Las Vegas. Witt’s first appearance in the octagon was a 1st round loss to Takashi Sato as a 2-1 underdog, but bounced back four months later with a 2nd round submission win over Cole Williams as a -180 favorite on the UFC odds board.

The best way to back Jason Witt so far in his UFC career has been on the ‘Inside the Distance’ prop, which has gone 1-1 for +2.5 units, as Witt cashed at +350 to defeat Cole Williams by stoppage. Both of Witt’s fights have gone ‘Under’ the betting total for +2.81 units profit, with the ‘Fight Goes the Distance: No’ prop cashing for +1.69 units profit in Witt’s two UFC appearances.

The Over has cashed at a very high at in the UFC Welterweight division, and while Jason Witt has gone ‘Under’ the betting total in bot hof his UFC bouts, there may be some value on betting the Over the next time Witt fights, especially if the market is expecting it to be another quick finish. Meanwhile, the favorite has cashed at a 65.2% rate in this division over the last 15 months, and with the buy price set at -187 on the chalk side in this division, you should have no problem getting that kind of price on Jason Witt in his career, considering the highest he’s ever been lined has been at -180.