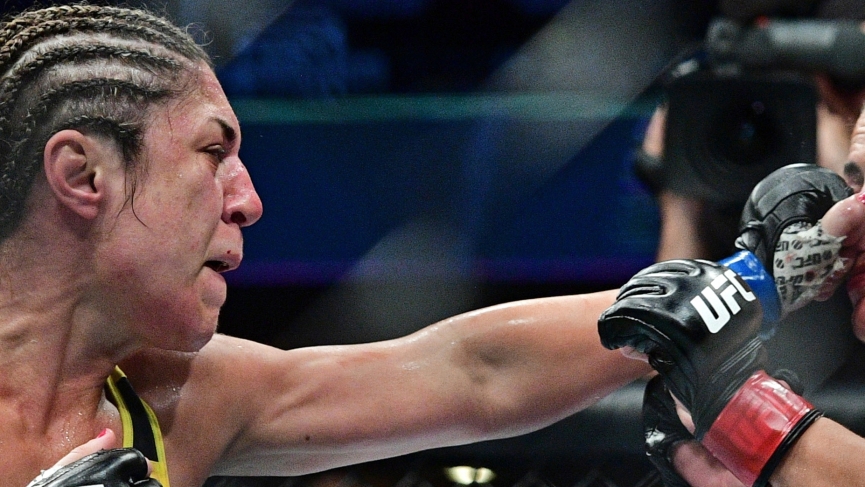 Our double event UFC Fight Island week has finally wrapped up and we have crushed the bookies!! But our work is far from done! We have another event coming up on Saturday 7/25/2020 and it’s a big one. Literally. We have 15 fights on the finale event of UFC Fight Island. I will breakdown my Correia vs Kianzad pick and Trianaldo vs Herbert best bet.

I know you may be rolling your eyes at the first pick on the card being a relatively low-level women’s MMA fight, but hear me out. Bethe Correia is one of my favorite fades of all time. Both women have a boxing heavy attack and are mid-tier fighters however one is over the hill and the other has potential as a fighter.

Taking a Look at Underdog Trends in The UFC

Bethe is 37 years old and is 2-4-1 in her last 7 UFC fights with one of those wins being a robbery in her last fight over Sijara Eubanks. Pannie Kianzad comes to the UFC from Invicta and is just 1-1 in her UFC career, but in her last fight against Jessica-Rose Clark, she looked very good and appears to be improving.

The fact is that his bet is mostly a straight bet against Bethe more than it is a bet on Pannie. Pannie will enjoy a 2-inch reach advantage and since they both fight in boxing range she should be able to get the better of the exchanges. With the run that Bethe has been on, another loss may be the nail in the coffin for her UFC career and regardless of the outcome, I have to take this one last opportunity to bet against her and get my money back from when she robbed me blind her last fight out.

One of my only rules in MMA is not to be on fighters who are 40 years old or beyond and at that stage of their careers you start to look to fade them. Very few men can compete at the highest level of mixed martial arts after the age of 40 simply because of the wear and tear on the body. Fighting is a young man’s (or woman’s) game. What I have noticed over our time at Fight Island is that the judges there are heavily favoring offensive output in these battles and that’s the key to this bet.

I don’t have a great reason to bet on Trinaldo and he is a solid all-around fighter, but he is getting up there. Trinaldo is 2-1 in his last 3 all of which have gone to decision and that doesn’t sound so bad, but he has been outlanded by his opponents in both fights and absolutely robbed Bobby “King” Green. 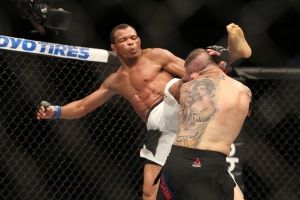 Bobby outlanded Francisco 50 to 31 in significant strikes and Bobby actually took Trinaldo down twice compared to Trinaldo’s 1 takedown. In his most recent fight, Trinaldo defeated John Makdessi however he was again outlanded 67 to 55 in significant strikes. Trinaldo’s luck has to eventually run out and in a place like Fight Island where the judges have shown to heavily favor volume I have to take a shot here on the UFC newcomer.

Jai is the Cage Warriors champion and that is a solid regional promotion to be coming from. He is long and tall for the division with big power, a solid ground game, and more importantly a great get up game. From what I have seen on tape I don’t have to worry about Jai’s gas tank or submission defense in this fight either.

All signs point to this being a crossroads fight where the hot young prospect can get in here and snag a win off of a UFC vet and put that name on his record to propel his career in the big show. Normally I look to buy low on UFC experience and fade the steps up in competition, but this looks like a good spot to flip the script and roll those dice.