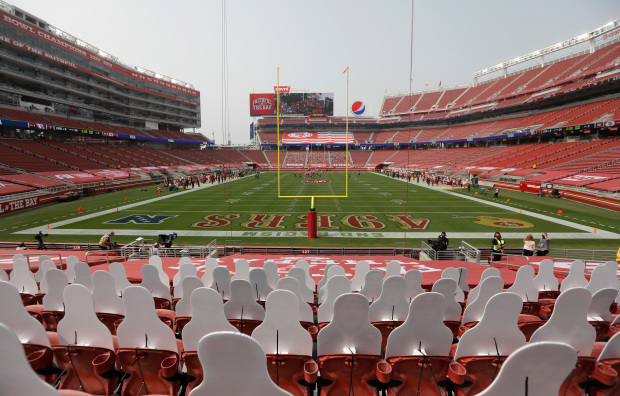 Odds.com’s NFL Week 6 Parlay: Let’s Parlay Ourselves A Winner In Week 6. The board has been examined and it’s time to choose the best Week 6 NFL Parlay possible.

The 4-1 straight-up and 3-2 against-the-spread LA Rams are in San Francisco to take on the 2-3 straight-up and against-the-spread 49ers in a divisional contest this weekend. LA faces a favorable schedule before a big divisional contest vs. Seattle on November 15th. After the great start, LA now looks to take advantage of this still injured 49ers team and to also avenge the two losses it suffered in the season series a year ago.

It’s a cliche term, but Aaron Rodgers and the Green Bay Packers are firing on all cylinders to open up the 2020 season. So far the Packers are averaging 38 points per game. Rodgers has been exceptional, completing 70.5 percent of his passes for 1,214 yards, 13 touchdowns, and zero interceptions.

Rodgers benefits from a strong run game, with Aaron Jones leading the charge with 374 rushing yards and four touchdowns. The rich get richer this weekend as well, as Davante Adams, who has missed the last two games with a hamstring injury, is now set to return after a full week of normal practice. Overall, Green Bay is allowing 25.3 points per game, but over its last three, it’s allowed just 22.3.

Tom Brady and the Buccaneers are off a disappointing loss to the Bears last Thursday. The offense has been decent though by averaging 27.8 points per game, as Brady has 1,375 passing yards, 12 touchdowns, and four interceptions. Ronald Jones II has 359 rushing yards and one major score, while Mike Evans is another offensive standout with 271 receiving yards and six touchdowns. Tampa has been sharp defensively in allowing only 22.4 points per game.

LA beat the Washington Football Team last week in the Nation’s capital by a score of 30-10. The Rams are now 4-1, as quarterback Jared Goff had 309 passing yards and a pair of touchdowns while running back Cam Akers had 90 yards on the ground. Jared Goff averages 274.4 yards per game passing and has eight touchdowns to just three interceptions. He’s also run the ball an additional 29 yards for two more major scores. Goff has plenty of weapons to utilize, as five different players have at least 100 yards this season, led by Cooper Kupp with 28 receptions for 363 yards and two touchdowns. Darrell Henderson Jr. has 260 yards and three touchdowns to lead the way on the ground.

LA’s defense has been elite to this point, allowing 18 points and 330 total yards of offense per contest. The Rams allow 224 passing yards on average and 106 rushing yards. They also have 20 sacks and three interceptions.

Last weekend the 49ers fell 43-17 at home to the lowly Dolphins. QB Jimmy Garopolo did not return in the second half and he’s listed as questionable for this contest. CJ Beathard had 94 passing yards and a touchdown in relief. Garoppolo will likely play, and so far he has 614 yards passing, two touchdowns, and three interceptions. Five 49ers have at least 100 receiving yards, led by George Kittle with 23 catches for 271 yards and a touchdown. Raheem Mostert has 238 rushing yards and a touchdown.

San Francisco’s defense was one of the best last year and that’s again the case this season as the 49ers enter allowing 22.8 points per game and 333 yards of total offense. That includes ten sacks and three interceptions as well.

Tampa’s defense is its strength, but the Buccaneers have already been plagued by inconsistent play through all three phases this season. That doesn’t bode well facing Rodgers, who is arguably playing at the highest level of his career at this moment. Green Bay has the advantage of having had a week off to prepare for this contest as well. As promising as Tampa looks on paper, we’re expecting the Packers spectacular start to carry over here.

While the 49ers are getting healthier, they still have many key players sidelined with injuries. San Francisco continues to play well defensively, but the question marks are on the offensive side. The Rams defense is conceding only 18 points per game, and we expect San Francisco to once again struggle to put points on the board this weekend.

Our two-team money-line NFL Week 6 Parlay is on the Packers and the Rams.