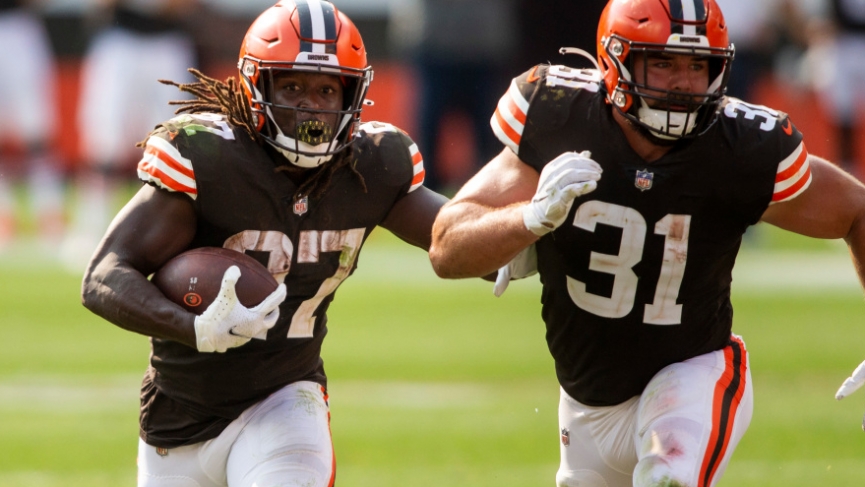 Odds.com’s NFL Week 5 Teaser: Time To Tease It Up In Week 5. We have carefully looked at every game on the board and it’s time to pull the trigger on the best Week 5 teaser possible.

1-3 Miami is on the road to take on 2-2 San Francisco and with a spread like this, clearly, the oddsmakers aren’t giving the visiting side much of a chance in this matchup. The 3-1 Browns are underdogs at home to the 3-1 Colts, which is a bit surprising considering how well the Cleveland offense has been performing of late.

Diving Into The Dolphins vs Niners

The Dolphins aren’t going to be playing in the post-season, but they remain competitive most weekends. Last week, they lost 31-23 to Seattle. Miami continues to roll with veteran quarterback Ryan Fitzpatrick for now, but many are hoping that rookie Tua Tagovailoa will be given a chance soon. Overall Miami is averaging 23.3 points per game.

Fitzpatrick has 994 passing yards, four touchdowns, and five interceptions. Myles Gaskin has 192 yards rushing, while Devante Parker leads all receivers with 279 yards and a touchdown. Miami’s defense has been its strength to this point, ranked 14th overall in conceding 124.7 rushing yards per contest and 285 passing yards.

The 49ers are ravaged by injury and they come into this game off a 25-20 home loss to the Philadelphia Eagles. To add insult to injury, two more players were added to the long injury list, as Ziggy Ansah was lost for the season with a torn bicep, while K’Waun Williams is on the IR. That’s in addition to starting quarterback Jimmy Garoppolo, running back Raheem Mostert, cornerback Ankello Witherspoon, cornerback Emmanuel Mosley, defensive lineman Dee Ford, and defensive standout Nick Bosa, among a few others, already sidelined.

Backup quarterback Nick Mullens has been pedestrian in relief with 614 yards, two touchdowns, and three interceptions. Jerick McKinnon leads the way on the ground with 193 yards and three touchdowns, while star tight-end George Kittle has 227 receiving yards and a touchdown. San Francisco averages 26.8 points per game and it allows 17.8. Fred Warner has carried the load on the defensive end with a team-high 33 tackles.

Cleveland returns home off a big win in Dallas and it’s getting little respect from the oddsmakers in this contest. It was the Browns’ second straight victory over an NFC East opponent by double-digits. As mentioned above, the Cleveland offense is firing on all cylinders, so it comes as little surprise to learn that the over has hit in its last three games. After falling 38-6 to the Ravens in Week 1, Cleveland has scored 35, 34, and 49 points over the last three weeks of action.

The Browns lead the league in rushing, so far they have 818 yards collectively. Last week Baker Mayfield threw for 165 yards and two touchdowns (on the season he has seven touchdowns and two interceptions.) Over the first four games, the Browns have averaged 31 points per contest and allowed 31.5.

Indianapolis was upset in Week 1 by the Jaguars, but it enters on a three-game win streak as well after a 19-11 victory at Chicago last weekend. Winning on the road is tough, and doing it on back-to-back weeks against-the-spread is even more difficult. Indianapolis is No. in the league in scoring defense by allowing only 14 points per game, and the under has hit in three-straight for the Colts.

Last week, quarterback Philip Rivers had only 190 yards passing, which was his lowest total since January of 2019. Indianapolis averages 25.8 points per game and Rivers has 984 passing yards, four touchdowns, and three interceptions. Jonathan Taylor is only averaging 3.8 yards per carry, as No. 1 back Marlon Mack remains on the injured list.

Ryan Fitzpatrick won’t be rolling over in San Francisco this weekend. The Dolphins were already getting plenty of points in this matchup, but they look a lot juicier here with the added 6.5 points. If San Francisco has a lead going into the fourth quarter, will they keep their foot on the gas until the final whistle, or will it more likely try to run out the clock? There’s no reason for San Francisco to run up the score if it has a late lead, which has the back-door cover factor working heavily in favor of Miami as well in this one.

Cleveland’s defensive issues have been masked by the Brown’s incredible offensive play the last three weeks, but that unit catches a big break today facing this conservative Colts offense. Indianapolis is going to be taken out of its comfort zone this afternoon, as Mayfield and company will be playing at a very high-tempo from the opening kickoff until the final whistle. The Week 5 NFL 6.5-point teaser is on the Dolphins and the Browns.