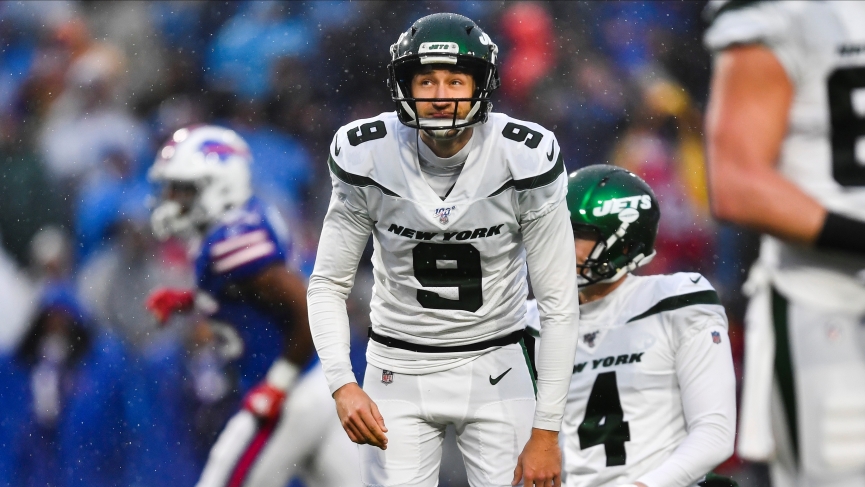 Full disclosure, I’ve placed a bet on the player the New York Jets will take with their first pick in the 2020 NFL Draft. I’m not a Jets fan (truth is, I root for the Giants), but there are one too many things pointing to one player ending up on Gang Green and I like the odds a little too much not to put a few shekels on it.

Also, the bet was placed more than a week prior to the draft so the odds I got on said player could be different from what you can get now.

And that player is …

Well, I’m not just going to tell you! Let me explain the why in order to get to the who.

What Will Be the Position of the Jets First Selected Player?

When it comes to the Jets’ first pick in the 2020 NFL Draft, it can go one of two ways at No. 11. Both options will seemingly accomplish the same thing, but in completely different ways. They need to help their QB, Sam Darnold — the team’s most prized possession — and can do so by either getting him a new toy in a top WR or by taking a hog molly to keep their biggest investment upright for years to come. 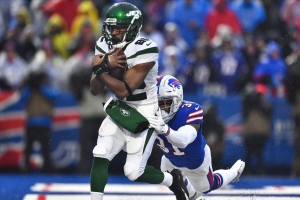 And it’s those two positions that lead the odds for the first player the Jets select. Offensive lineman sits at even money (+100) while wide receiver has +120 odds. I’m expecting offensive lineman to become the odds-on favorite sooner rather than later as the drop off from the top few options at that position is paramount compared to the WRs the Jets can snag with their second-round pick (No. 48).

Also of note here is GM Joe Douglas’ recent draft history. While with the Philadelphia Eagles as the vice president of player personnel, he ran three of the team’s drafts (2017-2019). The Eagles only had two first-round picks in those three years, and selected lineman with both. They went D-line in 2017 and O-line in 2019. While it’s a small sample size, Douglas is consistent. He also continues to say the same thing since being hired by the Jets, which is that his priority is to build around and protect Darnold — something that also screams offensive lineman.

If you can still get even money on offensive lineman as the position of Jets’ first selection, it’s a fair price as you’ll only have to dodge one “bullet” – wide receiver.

Who Will Be the First 2020 Draft Pick by the New York Jets?

So now that I’ve made it abundantly clear that I think the Jets are taking an offensive lineman with their first pick, let’s delve into the specific player you might want to place a wager on.

From there, we look at expert mock drafts and see that in nearly every one, Wirfs and Wills are long gone by pick No. 11. So now we’re down to two OL options for the Jets — Thomas and Becton.

Thomas has been a top-10 prospect since the whole draft process began. He is talked about as the kind of player that can start from day one and who has the potential to be a Pro Bowl offensive lineman. He’s arguably the most finished product at the position as well, having started three years at Georgia playing in the SEC against the best talent in the nation. All he did while there was become a three-time All-American; he was also named to the First-Team All-SEC twice. He’s arguably the safest O-line option in the 2020 NFL Draft.

Becton, on the other hand, jumped up draft boards due to his results at the NFL Combine. He’s an athletic freak with huge upside, but a flagged drug test from the scouting combine could cause him to slide a la Laremy Tunsil.

Simply looking at the tape and reading the tea leaves, Thomas seems like the right pick for the Jets. He’s not only the safer but also likely the better option here for Gang Green. If you can still find him at 5-to-1 odds (I’d still make the wager at 3-to-1), come join me in cheering on my television set as the Jets make the 11th pick of the 2020 NFL Draft on Thursday night.