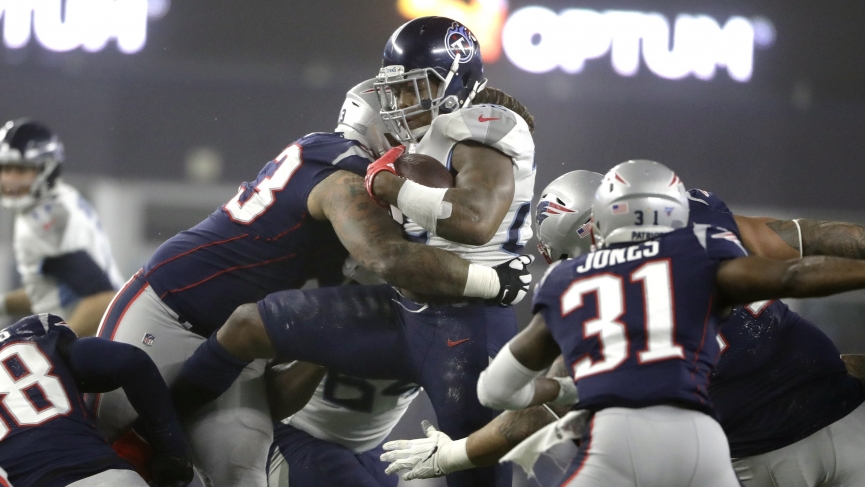 No other team underwent a massive makeover like the New England Patriots this offseason. Then again, no other team lost the quarterback that led them to the playoffs in each of the last 11 years also in 17 of the last 19 years. Tom Brady’s name will forever be attached to the Patriots name but, of course, we all knew this day would come.
We are not even sure who will be the Patriots starting QB this season. Odds are, it will be the Jarrett Stidham out of Auburn; this will also be the man with the weight of the world on his shoulders. If Stidham falters, Brian Hoyer will be there like always to mop up and be the true professional that he is.
Luckily, Bill Belichick will still be the head coach in Foxborough, and that’s still bad news for the rest of the AFC East. As for the rest of the AFC opponents, there are two that have already proven to have all the answers for Belichick – the Baltimore Ravens and defending Super Bowl champion Kansas City Chiefs. Both teams beat him and the Patriots during the regular season and probably would have done so had they met in the playoffs.

What Went Right for the Patriots Last Season?

Going to the playoffs for the 11th straight season was certainly good for starters. However, the defense is what really stood out and got them that far. If you played fantasy football last season and had the Patriots as your D/ST unit, chances are great that you got a first-round bye and made the playoffs – hell, you probably even won the whole damn thing.

What Went Wrong for the Patriots Last Season?

It took forever for the Patriots running game to get going last season. The team only rushed for over 100 yards in three of the first 10 games – in fact, they only ran for over four yards per carry in two of those. Things need to get better since the QB play will be a lot less effective than it was over the last two decades. Sony Michel and Rex Burkhead will likely handle the ground duties while James White continues as the all-world guy out of the backfield on passing downs.

How Will the Patriots Fare at the End of This Season?

New England has some difficult numbers to hit this season considering the type of transformation it’s under. The most realistic number could be making the playoffs, which FanDuel and DraftKings both have similar odds on. Although the odds are both over -200, the Patriots can certainly sneak in somewhere behind the Chiefs and Ravens. 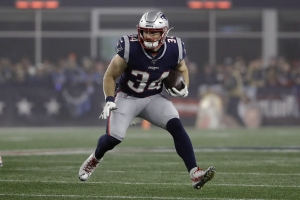 New England Patriots running back Rex Burkhead carries the ball against the Tennessee Titans in the first half of an NFL wild-card playoff football game, Saturday, Jan. 4, 2020, in Foxborough, Mass. (AP Photo/Steven Senne)

Winning the AFC East division could be another wager that bettors can capitalize on this season. Many experts believe this will be the year that Buffalo Bills leap over the Patriots and go on a long string of division titles. In the words of the great college football analyst Lee Corso, Not so fast, my friend.” The Patriots are favored over the Bills on both FanDuel and DraftKings. However, the +120 to +130 edge on FanDuel is a lot closer than the wide margin of +115 to +160 on DraftKings.
In my opinion, there’s absolutely no way the Patriots are getting past the Chiefs or Ravens in the AFC. Both QBs – Patrick Mahomes of the Chiefs and Lamar Jackson of the Ravens – have revolutionized the game football in their own way, and Brady never did that. Granted, Brady did nothing but win. However, his style of play we’ve seen plenty of times before.
Let’s just stick to the Patriots winning the division and making the playoffs. Picking New England’s win total could be a bit more tricky. If you’re playing it on the safe side, take the FanDuel total at 9 (-120 over). However, if you want to take a nice plus-money chance on the Patriots, you can do so on DraftKings at 9.5 (+137 over).