Tampa Bay Buccaneers Futures Odds with Brady and The Gronk 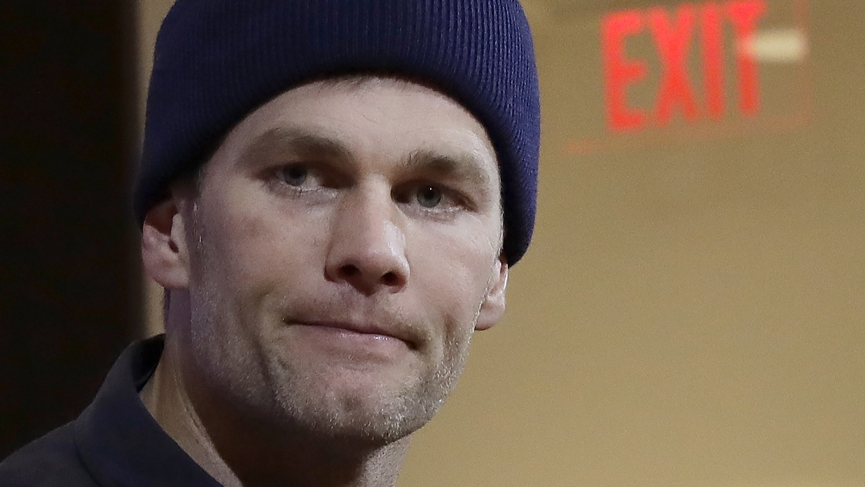 Since this article was published, The Gronk was traded to the Bucs. Below is our update:

The Tampa Bay Buccaneers made noise this week acquiring Rob Gronkowski from the New England Patriots and only having to part ways with a 4th round pick in order to get him. Fanduel Sportsbook updated their win totals to +/- 9.5 from 9 just a week ago.

The Brady/Gronk reunion will certainly help for the Bucs if Gronkowski can prove he can stay healthy for an entire season. He says he is in some of the greatest shape of his life right now but until he shows he can survive physical contact on the football field, there is still that element of the unknown in terms of him being able to stay on the field for the duration of the NFL season. If he does stay healthy, there is no question the Bucs have the chance to re-create some of the magic that Brady and Gronk had in New England in the passing game. Tampa Bay took Tristan Wirfs, a big but extremely athletic offensive tackle from Iowa as their 1st round pick in the NFL Draft. It was a great selection especially getting him at 13th overall and it could go a long way to giving Brady that strong pass protection he clearly needs and must have at this late stage of his career. The skill-position weapons on offense are impressive for the Bucs. The offensive line appears to be on the incline but the defense is still a question mark particularly their secondary which got torched last season. The front seven should be solid with everyone healthy including Shaq Barrett and Lavonte David but the pass defense needs to be improved. It seems like Tampa Bay has become the ‘flavor of the month’ in the eyes of the public. The Bucs are that darling team that many NFL pundits and bettors have fallen in love with largely due to their recent moves but the fact remains it must still mesh well together on the field to work and we won’t find that out until kickoff next season.

The year was 2000, do you remember it? The world was different. Cell phones were barely a thing, we had survived Y2K and we were listening to Limp Bizkit. It was a wild time for sure. It was also the last time Tom Brady was on a team that wasn’t the New England Patriots.

At that point he was just a wiry, less than stellar QB out of Michigan. He was selected by the Pats with the 199th overall pick. 6 World Titles later and countless other achievements with the Patriots, he finally moves on to a new team.

Is this an end of the road scenario for Brady?

The first big question I had about the move to Tampa was the age old question with Brady. Has he reached the end of the road and is just grasping? Last year in New England, he had clearly missed a step and he seemed to struggle without Rob Gronkowski. The Pats never quite looked like Super Bowl contenders. His completion percentage was one of the lowest of his career and his passing TDs were down considerably. He seemed to have issues throwing the ball downfield and was even less mobile than he normally was, which was poor at best. He’s the greatest QB ever, but even the greats can’t beat Father Time. The Bucs had the option like any other team to continue down the road with Jameis Winston, they felt it was time for a change. The turnovers and mistakes by Winston were unforgivable. End of the road, no. Brady can still play, just not like he did 5-7 years ago. And people need to temper those expectations back. But at the end of the day, he’s still a better option over Jameis.

Tampa’s arsenal is at Brady’s disposal 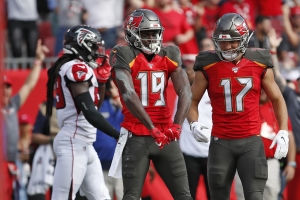 As Brady moves to Tampa, one could marvel at the possibilities though. First, just look at the weapons Brady will have at his disposal. He gets big Mike Evans on the outside who can really overpower smaller corners and uses his physicality perfectly. He can make the plays that Brady expects his weapons to make. His talent is rich and his physical traits are Gronk like. Chris Godwin is coming off his best season as a pro where he caught 86 passes and went to his first Pro Bowl. Tight ends Cameron Brate and OJ Howard offer safety valves over the middle. Last season, the Bucs were towards the top of the league in passing offense and points per game. They have an offense that emphasizes the passing game and that will work for Brady. If I had a want for Tampa, it’s to address the run game, it’s important they have the ability to establish it, something they weren’t able to do last season. I would expect that’s a big goal for the NFL Draft coming up later in the month. Plenty of options at the running back position for them in the 2nd round.

I expect offensive coordinator Byron Leftwich to gel with Brady, but the question arises, how will Brady deal with coaches that aren’t McDaniel and Bellicheck? He’s never really had to. That will take time to develop a rapport especially during an off season that’s been different than any other.

When betting the win total of 9 for Tampa this year, there are loads of questions. First of all it’s only April and the Bucs have plenty to do as far as personnel with the draft approaching. The first goal is solidifying the offensive line. You must protect Brady and they have a major hole at the right tackle position. It would not surprise me a bit if they trade up and take a guy like Tristan Wirfs out of Iowa, he would be perfect for what they do and would sure up the insurance on the prized possession.  I also expect them to hopefully address a pass defense that’s been among the worst in the NFL the last few seasons. In the last 2 years, they’ve given up 27 and 29 points a game defensively. The front 7 has gotten better. It’s the back end that’s been the problem. They need front end talent and they need it now.

Will This Season’s Schedule Help Tampa Get 9 Wins?

Secondly, when looking at win totals, it’s obviously important to look at the schedule. We know that they have to play the Saints, Panthers and Falcons twice next season. All three of those teams will be improved. The Saints are as good as it gets in the NFC, the Falcons bring back a terrific offense and the Panthers have a new head coach, new offensive coordinator and a new QB. This division is good. Real good. Also when looking at the schedule I see the Chiefs, Rams, Chargers, Packers and Vikings all very tough and road games at Detroit and Chicago. We still have to see the exact schedule but on the surface with so many distractions and a new environment for Brady plus the issues on defense, 10 wins seems lofty.

All in all, 9 wins next year is too high for me. I think initially with the new environment, coaching staff, team and surroundings, even Brady may struggle a bit. He won’t have the defense, the high level Hall of Fame coach or the infamy of Foxboro behind him to fall back on. He will for the first real time in his career face some adversity. Adding talent in the draft will help but it won’t be the cure all and add that Brady isn’t what he used to be. Whether you’re a fan boy or not, it’s important to realize, he isn’t that golden boy anymore. Everything will be different. BUCS UNDER 9 wins