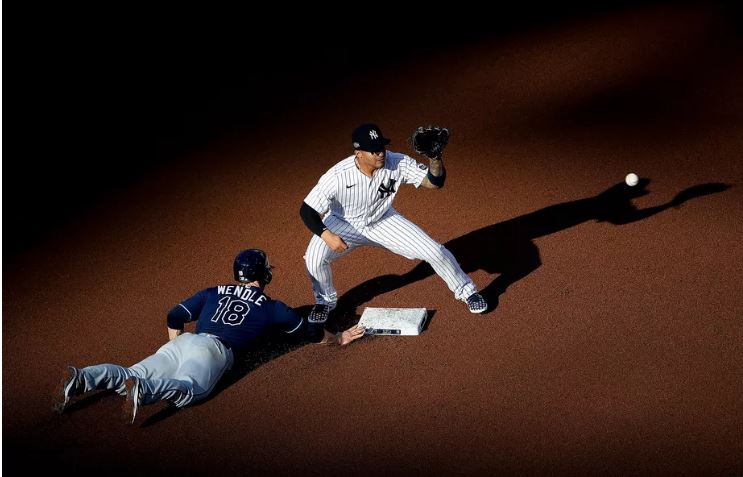 Odds.com’s New York Yankees vs Tampa Bay Rays Series Prediction ALDS: The New York Yankees will be meeting the Tampa Bay Rays for a five-game series in San Diego. Both teams come into this round after sweeping their opponents in two games in the Wild Card Series. The Yankees have been to the postseason the last 3 years straight and have a 14-13 record in that span. The Rays were back in the playoffs last season for the first time in 6 years, they had a 3-3 record. Now, these two will meet on a neutral site for the ALDS in what is sure to be an exciting series. 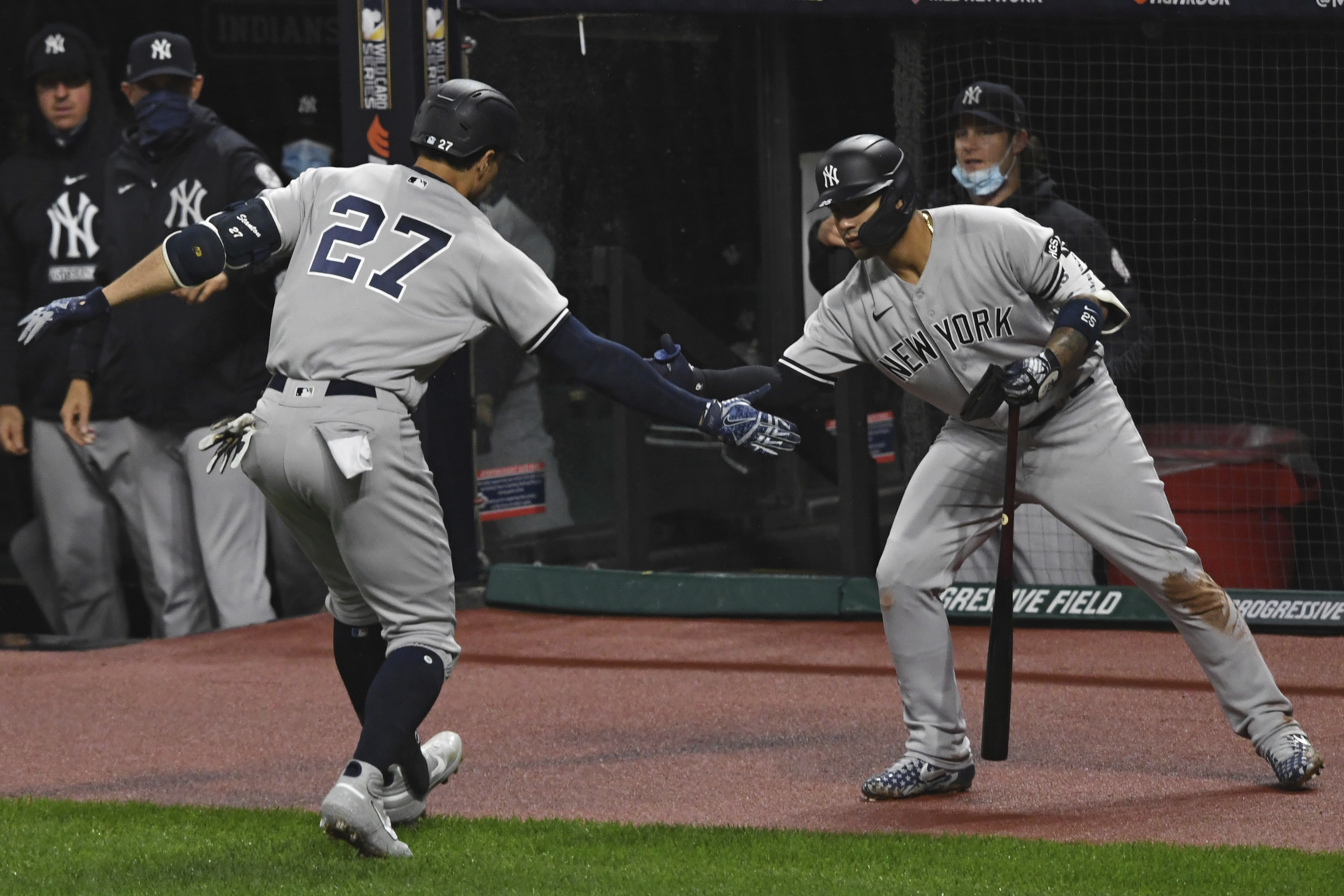 The New York Yankees finished the regular season 2nd place in the AL East, behind the Rays, with a 33-27 record. They eliminated Cleveland in the Wild Card Round beating them 12-3 in game 1 and 10-9 in game 2. During the regular season, the Yankees had one of the best offenses in the MLB. Their pitching though, was just middle of the pack as their starters were decent but the bullpen proceeded to give up runs late in games on multiple occasions. Since the beginning of the playoffs, the Yankees lead the league in OPS, runs and home runs. They are also the most walked team so far. However, the pitching side has not been good. The Yankees have a 6.00 ERA through 2 games, they also have allowed 18 hits, 12 runs, and are near the bottom with a 1.44 WHIP.

Besides Gerrit Cole, no other starters were listed before the series started, but it is very likely that Masahiro Tanaka will make an appearance. Tanaka is 3-3 with a 3.56 ERA this year, the team being 5-5 when he starts. After those two, the options are very thin for the next few games. The possible starters are Deivi Garcia (3-2, 4.98 ERA), J. A. Happ (2-2, 3.47 ERA), and Jordan Montgomery (2-3, 5.11 ERA). The numbers just get worse from there. This is a Yankee team that is smashing/ the ball lately but hitting might not be enough here against a Rays team that has some of the best pitching in the league, starters, and bullpen. The Yankees are good at hitting but so are the Rays and the offense can’t bail this Yankees team out every single night.

The Tampa Bay Rays finished the regular season in 1st place of the AL East with a 40-20 record, the 2nd best record in the MLB. They eliminated the Blue Jays in the Wild Card Round with a 3-1 win in game 1 and an 8-2 win in game 2. During the regular season, the Rays were a top 10 team on offense and also had one of the best pitching staff in the MLB. Since the beginning of the playoffs, the Rays are 4th in the league in OPS, also scoring 11 runs on 16 hits in the first two games. Their offense has definitely been keeping up in the postseason but their pitching is the real shining star. They currently sport a 1.50 ERA in the postseason only allowing 3 runs on 12 hits. They are also the team that has walked the least number of batters and they sit in 4th with a 0.83 WHIP.

If the final two games of this series are necessary, it is possible that Ryan Yarbrough could get the nod being 1-4 on the season with a 3.56 ERA, but the Rays are 6-5 when he makes an appearance. John Curtiss may get a start as well, he is 3-0 with a 1.80 ERA and the team is 14-3 when he has made an appearance. Overall, it doesn’t really matter who gets the nod for this Rays team as all their starters are very viable options to pitch well, and even if someone slips up they have a solid bullpen that can bail them out of tough situations.

The Yankees are the slightly stronger team on the offensive side of the ball but the Rays pitching staff has a clear advantage over this Yankees team. Smashing the ball for two games straight might have been enough to overpower Cleveland but that is not sustainable over a five-game series. Pitching will be a massive factor in this series as there will be more innings to cover as opposed to a three-game series.

When arms start to run short, the Rays bullpen will be much more reliable to bail them out of games than the Yankees. Not to mention, these teams met on three separate occasions this year, the Rays winning all three encounters to go 8-2 against the Yankees on the season. The Rays had the better record, they have the better pitching, and they are an underdog on a neutral site. The value is on the Rays to win the series. Take the Tampa Bay Rays to Win Series.