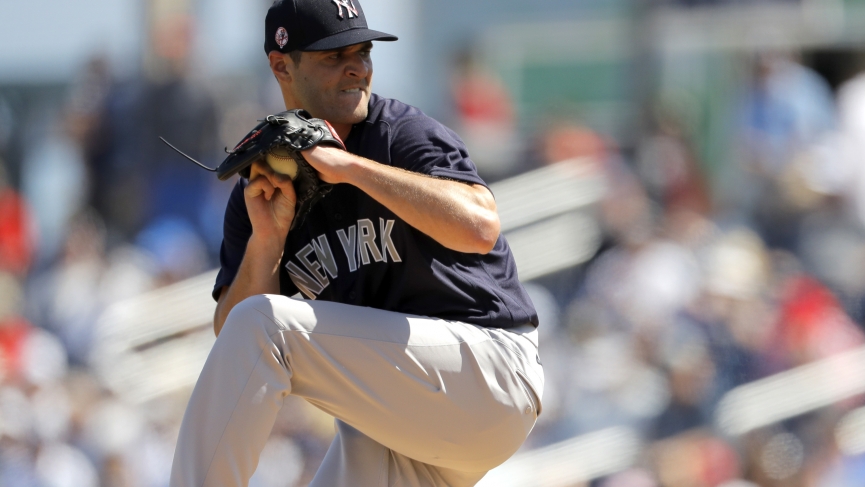 The emergence of the Houston Astros’ sign stealing scheme over the offseason forced much of America into a position they probably never thought they would be in: that of being sorry for the New York Yankees. Getting robbed of a World Series appearance aside, this edition of the “evil empire” is a bit more lovable in other ways too, thanks to a crop of young stars primed to help carry the baseball torch into the next decade. At the same time, New York reminded everyone of their financial capabilities this offseason too. Let’s examine the Yankees World Series odds and outlook for the 2020 season.

For the second consecutive year, the Yankees enter the season considered to be among the favorites (and the outright favorite at MGM) to win the World Series. The only teams even within shouting distance of New York’s +250 championship odds are the Los Angeles Dodgers (+300) and the Houston Astros (+600). The Yankees have been in the thick of postseason play the last several years, but when you don the pinstripes, titles are the expectation, and New York has failed to hoist the Commissioner’s Trophy since the 2009 campaign.

The Yankees entered 2019 tied with a pair of American League ball clubs for the shortest World Series odds at 6-1. The defending champion Red Sox sputtered and failed to make the postseason. The other preseason favorite, the Astros, would once again prove to be the Yankees doom in the postseason, eliminating them in the ALCS for the second time in three years (although that first one sure does have its footnotes). All things considered, it is quite impressive that New York won over 100 games and advanced as far as they did last year. The team dealt with the injury bug all season long, with various big-name stars sidelined as a result. Aaron Judge. Gary Sanchez. Giancarlo Stanton. Aaron Hicks. Luis Severino. Dellin Betances. The Yankees injured list was full seemingly all season. But when others were called upon to step up and fill the void, they delivered more than expected.

Just when it seemed like the injury woes would continue into the 2020 campaign as starter Luis Severino was ruled out long term after undergoing Tommy John surgery, GM Brian Cashman decided to go shopping. Not only did he sign free agent starter Gerrit Cole to a record-breaking 9-year, $324 million deal, but in doing so, he took him away from those same Astros that have been the Yankees’ postseason kryptonite. The team also re-signed closer Aroldis Chapman to a three-year deal. Other than Didi Gregorius, no other major losses took place over the offseason. Starter Domingo German is suspended for the first half of the season however, according to MLB’s domestic violence policy.

The weak link of this Yankees team if there is one is the starting staff. Even with the addition of Cole, there isn’t much in terms of reliable depth behind him. New York will be relying on the aged J.A. Happ, James Paxton and Jordan Montgomery to hold the fort until German’s return. While none are necessarily bad options, none are exactly safe either. If the Bronx Bombers can generate offense early in games and hand leads off to the bullpen, the comeback proposition for opposing teams will be daunting. Chapman rounds out a pen that includes Chad Green, Tommy Kahnle and Luis Cessa.

The key news to watch during the extended coronavirus delay to the MLB season is Aaron Judge’s injury status. A fractured right rib has been granted extra time to heal, perhaps even in time for the eventual Opening Day. Add a healthy Judge to the aforementioned power bats of Stanton and Sanchez, along with table setters D.J. LeMahieu and Brett Gardner and breakout star Gleyber Torres and the Yankees are once again an offensive force on paper.