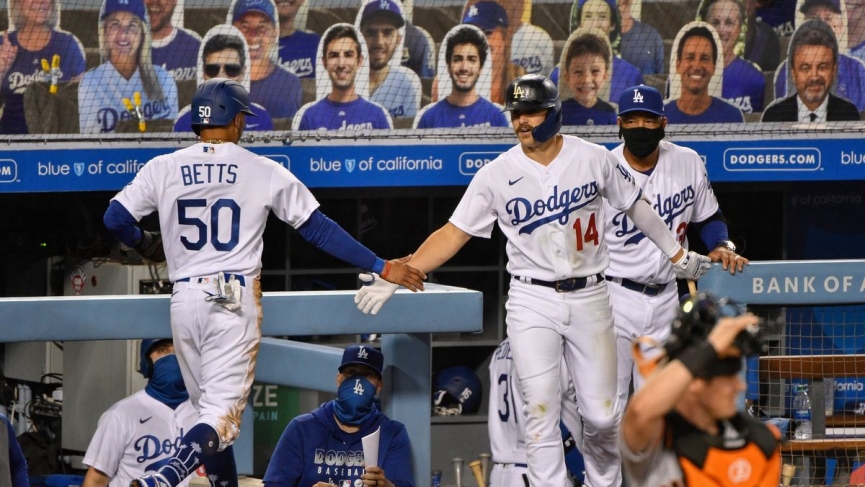 Odds.com’s Milwaukee Brewers vs LA Dodgers Series Prediction – NL Wild Card: The last time the Dodgers met the Brewers in the playoffs was in 2018, the Dodgers eliminated Milwaukee in seven games on their way to a disappointing 2018 World Series loss. The Dodgers will look to erase those disappointments with a 2020 World Series championship, it all starts vs the Brewers on Wednesday.

The Milwaukee Brewers will meet the Dodgers in LA for a 3 game series in the Wild Card Round of the MLB Playoffs. The Brewers finished the season 4th place in the NL Central slipping into the last wild card spot with a 29-31 record. The Brewers are currently the only team in the NL to make the playoffs with a record under .500. The Dodgers finished the season in 1st place of the NL West with a 43-17 record. These teams have met once before in the postseason in 2018 when the Dodgers won the NL Championship in 7 games against them.

Brewing Up Some Losses 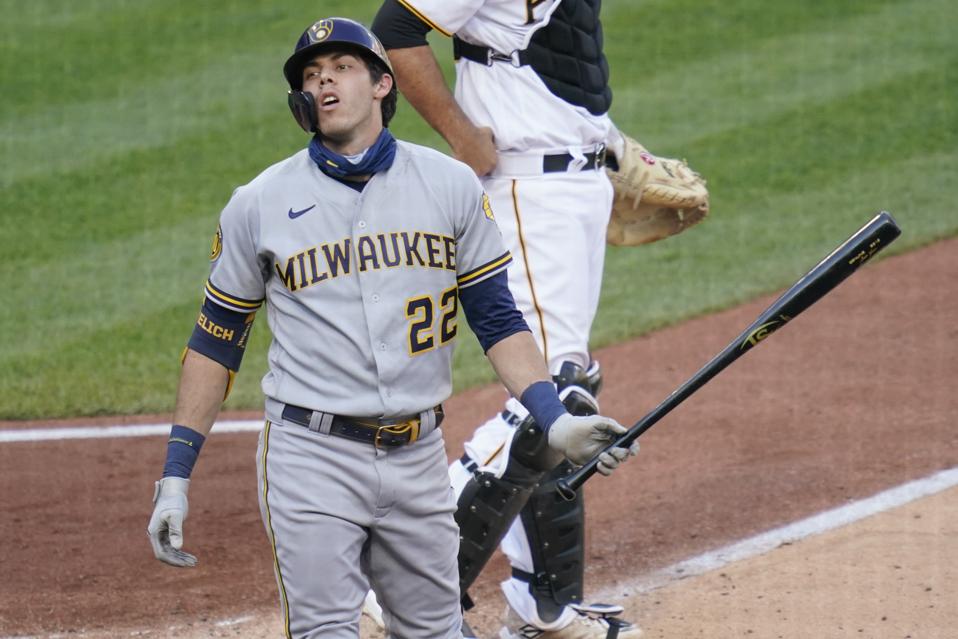 The Brewers come into this series being 7-5 in the last 12 games of the season, 4 of those 5 losses came in their last 6 games. They managed to slip into the playoffs with a subpar record but now take a trip to LA to face the best team in baseball. The Brewers are just a measly 14-17 when on the road this year. This is a team that is already in the bottom 10 of the league in OPS, batting average, runs scored, hits, and is in the bottom half for home runs. They are also the 2nd most struck out team in the league. They have had some better luck in the pitching department though, they sit at 11th in the league with an ERA of 4.16. They are in the top half of the league in hits allowed, runs scored against, home runs allowed, walking batters, and strikeouts.

There are no starting pitchers listed for the Brewers but it is likely that Corbin Burnes and Brandon Woodruff will be on the mound followed by a possible Brett Anderson if a game 3 is necessary. Burnes finished the season 4-1 with a 2.11 ERA but the Brewers were 5-7 in games he played in. Woodruff finished 3-5 with a 3.05 ERA and the team was 6-7 when he made an appearance. Anderson was 4-4 during the regular season with a 4.21 ERA and kept the team 5-5 in games he started. Considering the team’s strength in the hitting area these pitchers along with the solid bullpen will have to keep the Brewers in the games.

The Dodgers have made it to the postseason the last 7 years in a row including the World Series twice losing both of them. This is a team that has been a massive favorite to win the World Series the last few years but can never get it done. They come into this series with the best record in the MLB winning 10 of their last 12 games and have pretty much-dominated opponents all season. Their offense has been exceptional all year leading the league in home runs and runs scored, 3rd in OPS, and 7th in hits. Also, they are the 10th most walked team and the 4th least struck out. The Dodgers also boast some great pitching to go along with their strong hitting.

The Dodgers pitching staff leads the league in ERA at 3.02, is 3rd for least hits allowed, and 2nd for least runs allowed and home runs allowed. They also lead the league in the least batters walked and WHIP. Walker Buehler is expected to start game 1 of this series. He is 1-0 on the season with a 3.44 ERA and the Dodgers are 7-1 in games he has started. Clayton Kershaw is expected to start game 2. He finished the season 6-2 with a 2.16 ERA, the team being 8-2 when he makes an appearance. The starter for game 3 has yet to be determined, but if necessary it’s possible Dustin May, or Tony Gonsolin gets the nod, both with ERA’s under 2.6. It doesn’t really matter who starts though, as this team is so strong on both sides of the ball.

This will be the first meeting between these two teams this year. The last time they met in the postseason was in 2018, the Dodger eliminated the Brewers in that series in 7 games. This is a much weaker Brewers squad though, going up against a much stronger Dodgers team. Milwaukee might have some good pitching, but the Dodgers are phenomenal in both departments ranking at the top of the league in both. It might finally be their year to win the World Series and it’s really hard to jump in front of this train right now. The Dodgers repeat their results last year against the Brewers and eliminate them again. Take the LA Dodgers to win the Series.