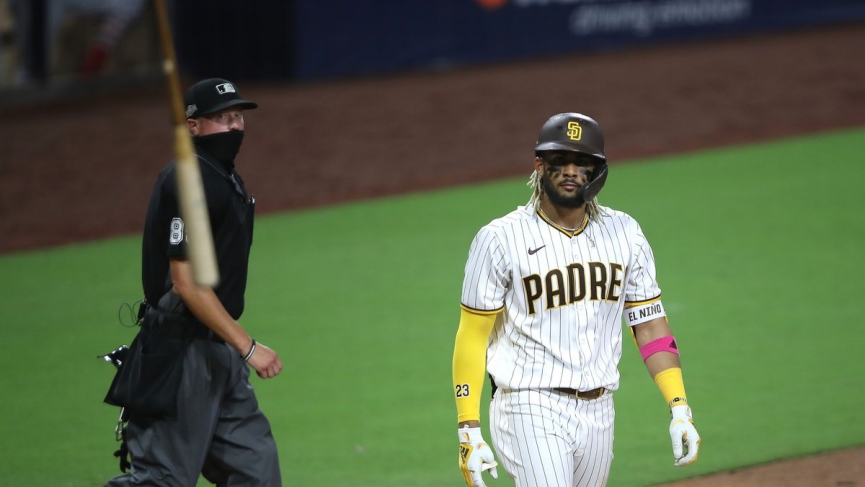 Odds.com’s St Louis Cardinals vs San Diego Padres Pick – NL Wild Card Game 3: The San Diego Padres are in the MLB Playoffs for the first time in over a decade. They smashed their expectations for 2020 with a 37-23 record for +6.62u profit while holding a 27-16 record as a favorite. The Padres host the St. Louis Cardinals (30-28) in a best of three series starting on Wednesday.

The St. Louis Cardinals will meet the Padres in San Diego for a 3 game series in the Wild Card Round of the MLB Playoffs. The Cardinals finished the season in 2nd place of the NL Central with a 30-28 record. The Padres finished the season in 2nd place of the NL West and NL in general with a 37-23 record. The Cardinals have been to the show many times in the past decade so this is nothing new for them. The Padres though will be back in the postseason for the first time since 2006 when they lost in the divisional series to these Cardinals 3-1. They lost to the Cardinals the year before as well in the same round 3-0 making them 1-6 against these Cardinals the last 2 times they were in the postseason. They look to turn their luck around in this series.

The St. Louis Cardinals come into this series after holding off 3 other teams in a tight race to get that last spot in the division. They finished the season 4-4 in their last 8 games winning 1 every other game in that stretch. They were averaging 3.4 runs per game and allowing the same in that final stretch. The Cardinals have had very solid pitching all season. The Cardinals pitching staff ranked 9th in the league in ERA at 3.90. They also lead the league for the least number of hits allowed, are 5th in runs allowed and 6th in home runs allowed.

No starting pitchers have been listed yet for the Cardinals but it is most likely that Adam Wainwright and Jack Flaherty will get the nods in the first 2 games. Wainwright finished the season with a 5-3 record and a 3.15 ERA, the team was also 6-4 in games that he started. Flaherty finished the season 4-3 with a 4.91 ERA and the team was 5-4 in games he was the starter. If a game 3 is necessary it’s possible that Kwang Hyun Kim will be on the mound as he was 3-0 with a 1.62 ERA, the team being 6-2 when he has made an appearance. Now, the pitching has been good for this Cardinals team this year but the hitting has been a bit lackluster. They finished with the least number of home runs, also being in the bottom 5 of the league for OPS, hits, runs scored, and bottom 10 in batting average. This is a very lopsided team with good pitching but a bad offense. If the pitchers fail to keep them in the game they might not have the firepower to come back.

Big Push for the Padres

The San Diego Padres are back in the postseason for the first time in over a decade. Before the season began, they were expected to be a good team with playoff aspirations and they met those expectations but it wasn’t until the trade deadline where they really locked in and went for a World Series push. They acquired a ton of new players on both sides of the ball, including guys like Mitch Moreland and Mike Clevinger, to really beef up their hitting and pitching. It was a success as they proceeded to finish with the 3rd best record in the MLB and ranked high on offense and defense. The Padres were 8th in the league with an ERA of 3.86 while being in the top half for hits allowed, runs scored and home runs allowed. They also finished 6th in the league for least batters walked, 5th in strikeouts, and 3rd in WHIP at 1.20.

There are no starting pitchers listed for the Padres either but they have plenty of good starting options. It is likely that Dinelson Lamet will be seen as well as Mike Clevinger and possibly Zach Davies. Lamet had a nice year finishing 3-1 with a 2.09 ERA, the Padres were 10-2 in games he started. Clevinger was 3-2 with a 3.02 ERA and the team was 2-2 in games he started for them. Davies was 7-4 on the season with a 2.73 ERA and the Padres 8-4 when he was in the game. Not only do these Padres have some stout pitching, but they also hit the ball really well. This is a San Diego offense that ranks 4th in OPS and home runs, 3rd in runs scored, 10th in batting average, and 11th in hits. They were also 6th for the least number of strikeouts. Hitting could very well be the difference-maker in this series.

This is the first meeting this year between these 2 teams. The last 2 times they met in the postseason it did not go well for the Padres. This is a much better team though, and although they did not meet this year earlier, the Padres are 6-2 in their last 8 against the Cardinals. Both these teams have very stout pitching cores so efficient hitting will be key for who moves on past this series. The Cardinals’ offense has been underwhelming all year ranking very low while the Padres host one of the best offenses in the MLB. Their offense will overpower this Cardinals team and San Diego should see themselves through to the next round. Take the San Diego Padres to win the Series.