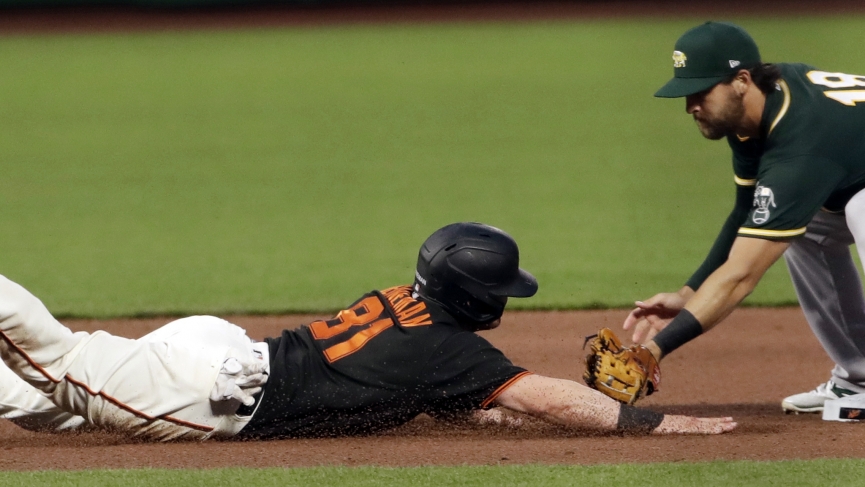 At a time when the nation is divided on just about every issue imaginable, we can agree on my LA Angels vs Oakland Athletics pick and Mike Trout is the best baseball player, and it’s not even that close of a race. Trout’s prowess on the field has not translated into a lot of team success, however, leaving us all to wonder if he can help his Los Angeles Angels into the playoffs during the shortened 2020 MLB season.

Trout and the Angels begin their quest for the postseason with a series up I-5 in Oakland against the Athletics. Friday’s 10:10 p.m. (ET) start at the Coliseum features a pair of young hurlers making their first Opening Day starts, Andrew Heaney taking the mound for the Halos opposite Frankie Montas of the A’s. DraftKings opened wagering for the clash of AL West rivals with Oakland favored on a -150 money line and +132 the takeback on the Angels.

The contest finds Joe Maddon marking his return to Anaheim as Angels manager after two stints as interim skipper for the club in 1996 and 1999. Maddon spent the last five seasons on the top step of the dugout with the Chicago Cubs and will be guiding a team that went on a little shopping spree this past winter, the biggest acquisition being third baseman Anthony Rendon. Baseball futures at FanDuel have the Angels third in the AL West at +500, and an 18/1 pick to win the franchise’s second AL Pennant.

Rendon should offer Trout some protection in a lineup that tied for seventh in the American League last season scoring 4.75 runs per game. Maddon has been batting infielder David Fletcher in the leadoff slot during Summer Camo games, and the Angels are expected to have Shohei Ohtani at DH for Friday’s tilt. Rendon has been dealing with an oblique issue, so his status for Friday remains up in the air.

How Many Games Will The Blue Jays Win This Season?

Heaney logged just 95 innings for the Angels in 2019, but that was still tops on a team that used 19 different starting pitchers, several of those arms in the role of an opener. A 1st-round pick by the Miami Marlins in 2012 out of Oklahoma State University, the southpaw spent a large portion of 2019 on the injured list with arm trouble and only faced the Athletics once last season. He struck out eight in six innings but also allowed five runs to take the loss.

A’s Pitching Will Decide Their 2020 Fate

It was another quiet winter for Oakland and its shoestring budget approach to payroll. The biggest moves the A’s made over the winter were re-signing reliever Jake Diekman and acquiring utility player Tony Kemp from the Cubs. Bob Melvin has worked wonders with the team the past two seasons, Oakland making the playoffs each time in a wild card role. 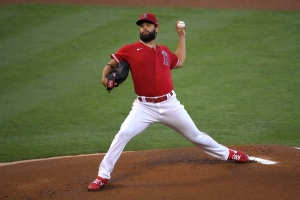 Melvin still has a pretty formidable lineup that finished fifth in the AL averaging 5.22 runs per game and ranked fourth in the league with 257 home runs. Third baseman Matt Chapman leads the group after clubbing 36 HR last season and is a legitimate AL MVP candidate this time around. Marcus Semien, Matt Olson, and Khris Davis augment the lineup with more power, and the club has ranked high on defensive charts each of the last two seasons.

Montas is part of a young and talented rotation that includes lefthanders Jesus Luzardo and Sean Manaea, plus veteran right-hander Mike Fiers. The Dominican was off to a very promising start to 2019 with a 9-2 record and 2.63 ERA through 16 starts but was suspended 80 games due to a naughty drug test. Montas ended up facing the Angels four times, Oakland winning three of those matchups while he pitched to a 3.27 ERA. Trout is just 1-for-8 (.125) lifetime against Montas, while Ohtani is 3-for-6 (.500) with a homer.

Halos Hoping For Better Showing Against A’s This Year

After dropping the season series to the Angels from 2014-18, Oakland got a little measure of revenge last season by taking 13 of the 19 contests in the rivalry. The A’s won seven of the 10 clashes at home, with the totals splitting running 6-4 O/U in those matches. Oakland split the two home starts Montas made against the Angels, while Heaney posted a 4.89 ERA in eight assignments away from Anaheim.

Friday’s total is set at 8½ runs, and the ‘under’ is a slight favorite at many shops. That might be due in part to the forecast calling for a cooler evening in Oakland with game-time temps in the mid-60s or so. There’s also a chance for a decent breeze out of the WSW, potentially giving balls headed to left field a little boost. Bettors will want to get an update on that before going to the window.

I’ll be making my pick on Montas and the A’s to spoil the season opener for Trout, Maddon, and the Angels.